With the recent success for Great Britain at the Paris World Cup Stage 3 2022 still fresh, let's take a look back at our past medals and wins since 2008. 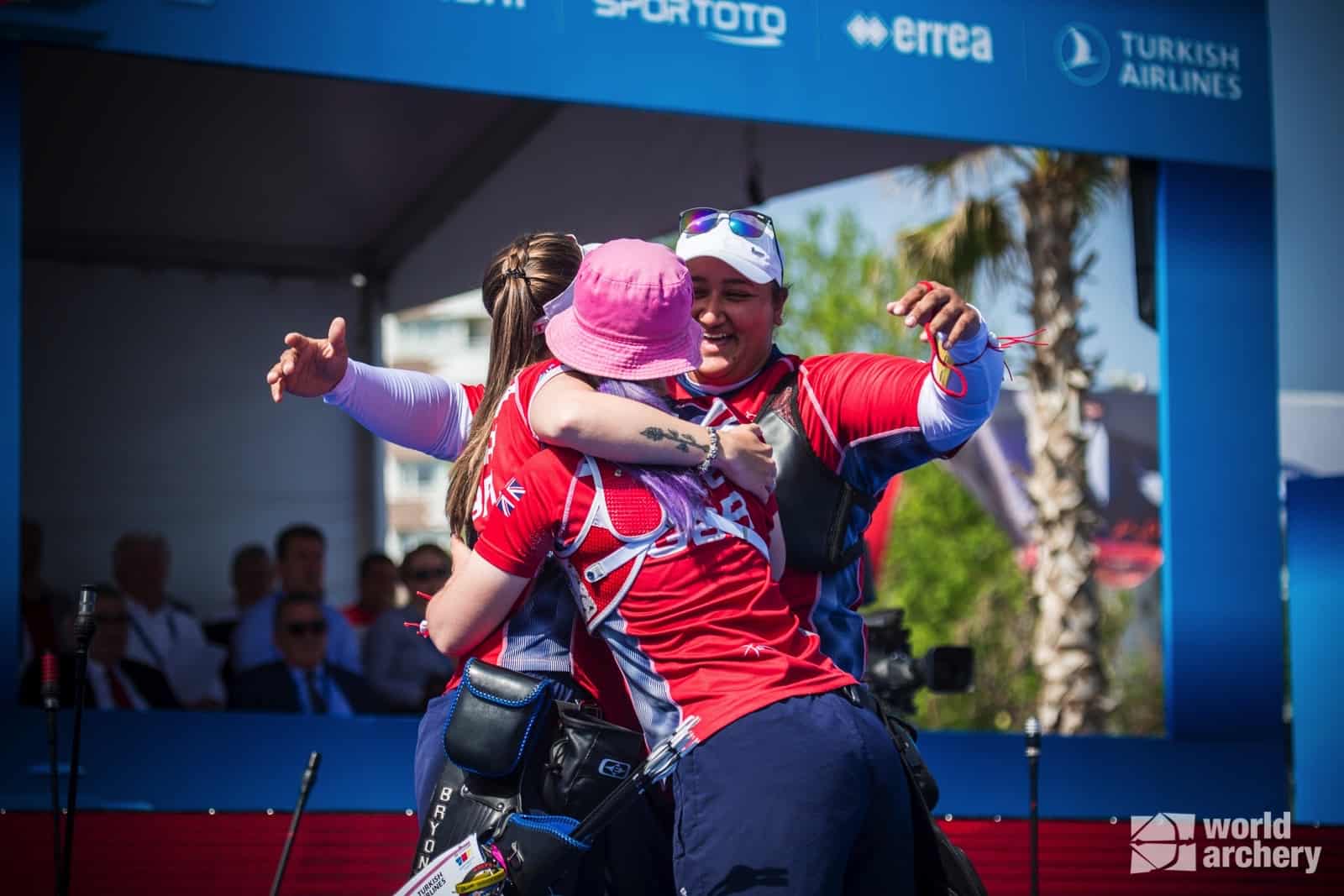 This week at the Paris World Cup, Great Britain added to their impressive medal count for 2022.

Starting with the compounds, the women's team comprising of Layla Annison, Ella Gibson and Lizzie Foster faced Turkey in the battle for gold where they came away with a silver after a close match.

Next was the mixed team where Ella Gibson came back to the stage alongside compound man Adam Carpenter. A tense match against the Estonians saw GB come on top to take the bronze medal.

And finally, Ella Gibson made her third appearance on the finals stage - this time in the individuals. She won her semi-finals to take her to the gold match where she tied against Jyothi Surekha Vennam, of India. A ten in the shoot-off won Gibson her second World Cup stage for 2022.

Recurve woman Penny Healey made the top four in the Paris finals. In the semi-finals, she narrowly lost to Utano Agu 4-6 to send her to the bronze final where she faced Misun Choi. After another tense battle for the medal, it all came down to a shoot-off where the Korean archer shot a 9 to Penny's 8 to take the win.

Here's a look at the last time individual and team medals were won by GB prior to this season.

"I enjoyed Dominican Republic, which had an amazing finals venue at the ruins of a castle, where we had the honour of competing for a medal. We stayed at a holiday resort, and there was so much fruit at the buffet we were spoiled for choice. I'm not keen on swimming in the sea but it was nice to walk along the shore," Naomi Folkard said.

"Most successful time was 2007 - 2008 where we won a number of international medals including world cups, gold and bronze in each of those years, plus a bronze at the world champs in 2007 and ended in 4th place in Beijing, we were ranked number 2 in the world for some time. It was a successful period because we worked effectively as a team, we had freedom to train as we needed as individuals, the women's team (Charlotte, Alison and myself) chose to train together every Tuesday and Thursday with a focus on team on Thursday afternoons. We were in complete control of our own journey and were able to make the right decisions for ourselves," Folkard added.

"My favourite World Cup was Croatia. It was shot on the same field which I shot my first ever international on as a junior, so it held a lot of memories for me, and it's such a beautiful country too. I won my first World Cup there, shooting the finals across some water; it was a stunning venue," Nicky Hunt said.

"I made three gold medals in the World Cup stages in 2010 which propelled me to number one in the world. We also had the Commonwealth Games in India in the October where I won individual and team gold, and I was nominated to carry the flag at the closing ceremony for England - it was a dream come true. I was a full time physiotherapist in the NHS at the time. My day consisted of work from 8:30am to 4:30pm, and I was at the field straight from work to shoot for three to four hours, getting home for 9pm at night," Hunt said.

"In the last couple of years, GB have started winning more medals again, just one medal by one individual or team can boost the motivation and belief of the rest of the team, which is what may have happened with us. In 2019 we won 3 big medals in as many weeks and our belief and stature grew overnight. Those memories are still relatively recent. Plus the GB compounds have also been busy winning medals too," Folkard said.

"GB has started to become more successful again in the last few years. I think this is mostly down to individuals who are willing to put the hard work and effort in. It's hugely beneficial to have others around you to push you, and we have some great shooters in the UK. Events like the National Tour really help as they're becoming more high profile with more prize money which helps archers experience more intense environments," Hunt continued.

At the first stage of the 2022 World Cup in Antalya, GB kicked off the season with a bang, securing four medals in all three competitive divisions: individual, team and mixed team. Some of these medals were record breaking for GB, ending a decade long medal drought.

"From a coaches' perspective, the key to our athletes continuing their winning streak at the World Cups this year will be their mental game. They know they are good enough to win, but so are a lot of the field, so the difference between winning and losing is what's going on in your head. You need a solid mental programme and strategies to deal with the pressures. Then trust, belief, and a little bit of luck on the day!" Hunt said.

"To continue winning medals we need to stay confident, focused on the processes, harness the positive energy within the team and ensure the preparation for each event is right and continue supporting each other," Folkard said.

The GB athletes with the highest World Cup medal caps in each category are: