236 archers from 21 counties met on the weekend of 24 September to go head-to-head at The National County Team Championships. All bow types competed across both the men's and women’s teams on Saturday and in mixed teams on Sunday. The weekend’s results were merged to create a combined county ranking across Recurve, Compound, Barebow and Longbow. The medal ceremony made for an emotional event full of smiles, joy and even a few triumphant tears. 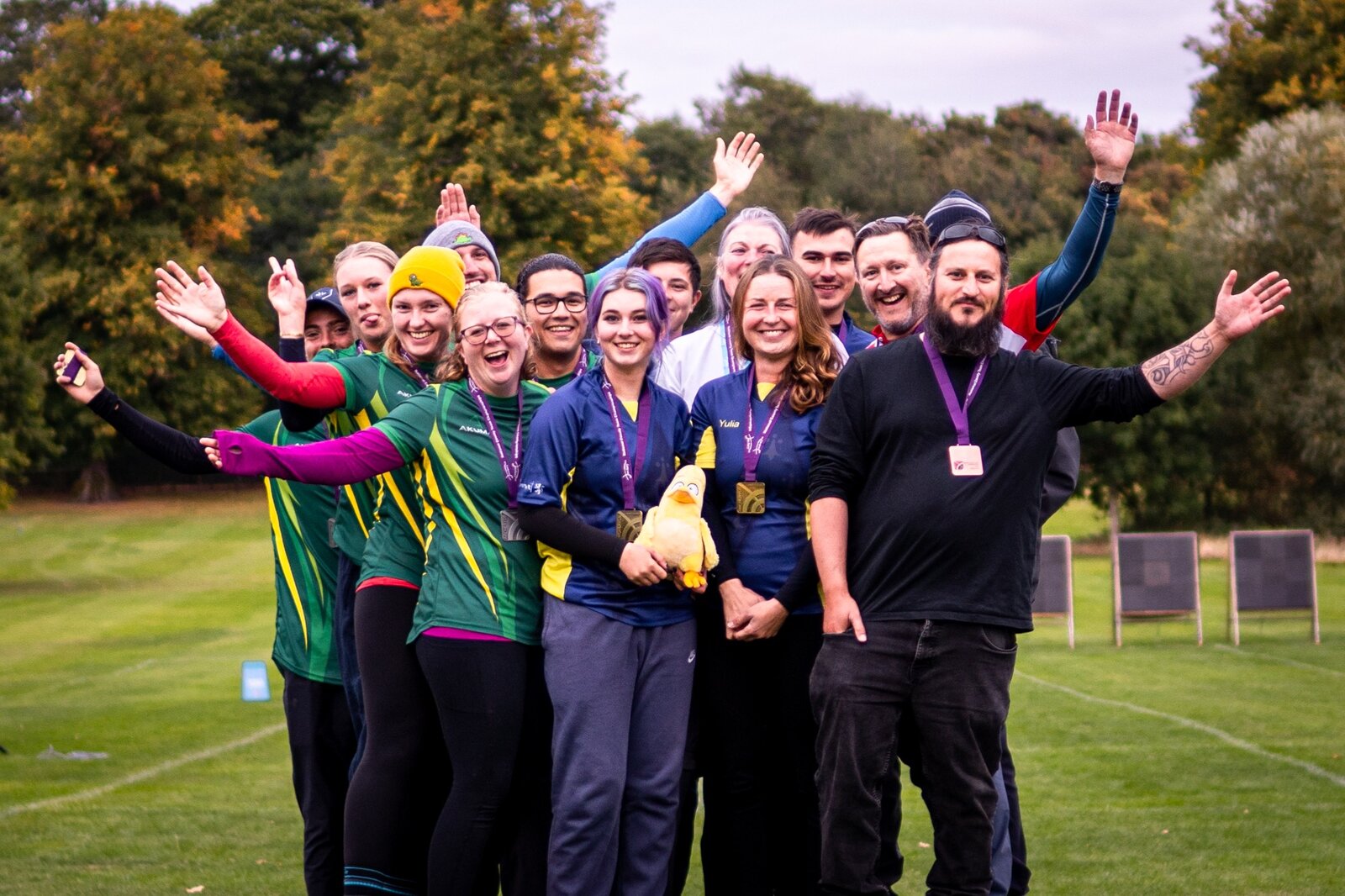 The field was filled with archers from all backgrounds and experience levels, from archers at their very first competition right through to archers on the World Class Programme. Tips were shared, friendships were made and strong connections in and across counties were solidified thanks to the competition.

Over the weekend, some counties entered multiple teams per category, such as Hampshire who brought coaches and 30 archers to the competition by entering both A and B teams.

A highlight of Sunday’s competition was that almost every single round led to a shoot-off just highlighting the consistent and strong shooting across the board from all counties.

Warwickshire led the Men’s Recurve category in qualification. Monty Orton seeded first and set a new National record of 682 after 72 arrows on the Sunday, while Tom Hall placed second in qualification across both days.

In the Women’s Recurve category, again first and second in qualification was unchanged with Penny Healey of Shropshire and Malgorzata Sobieraj of Yorkshire, respectively, both leading the way with consistent performances. 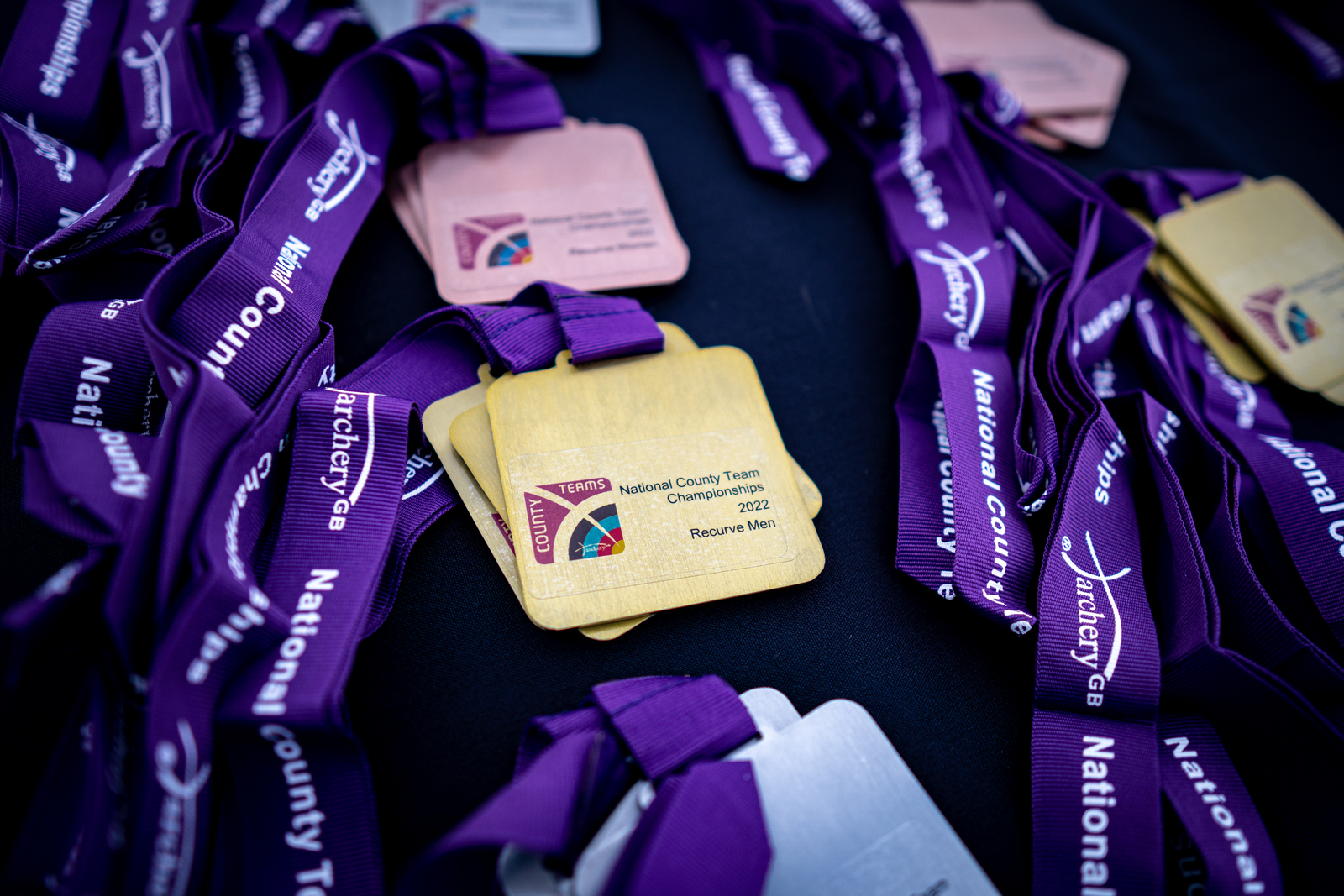 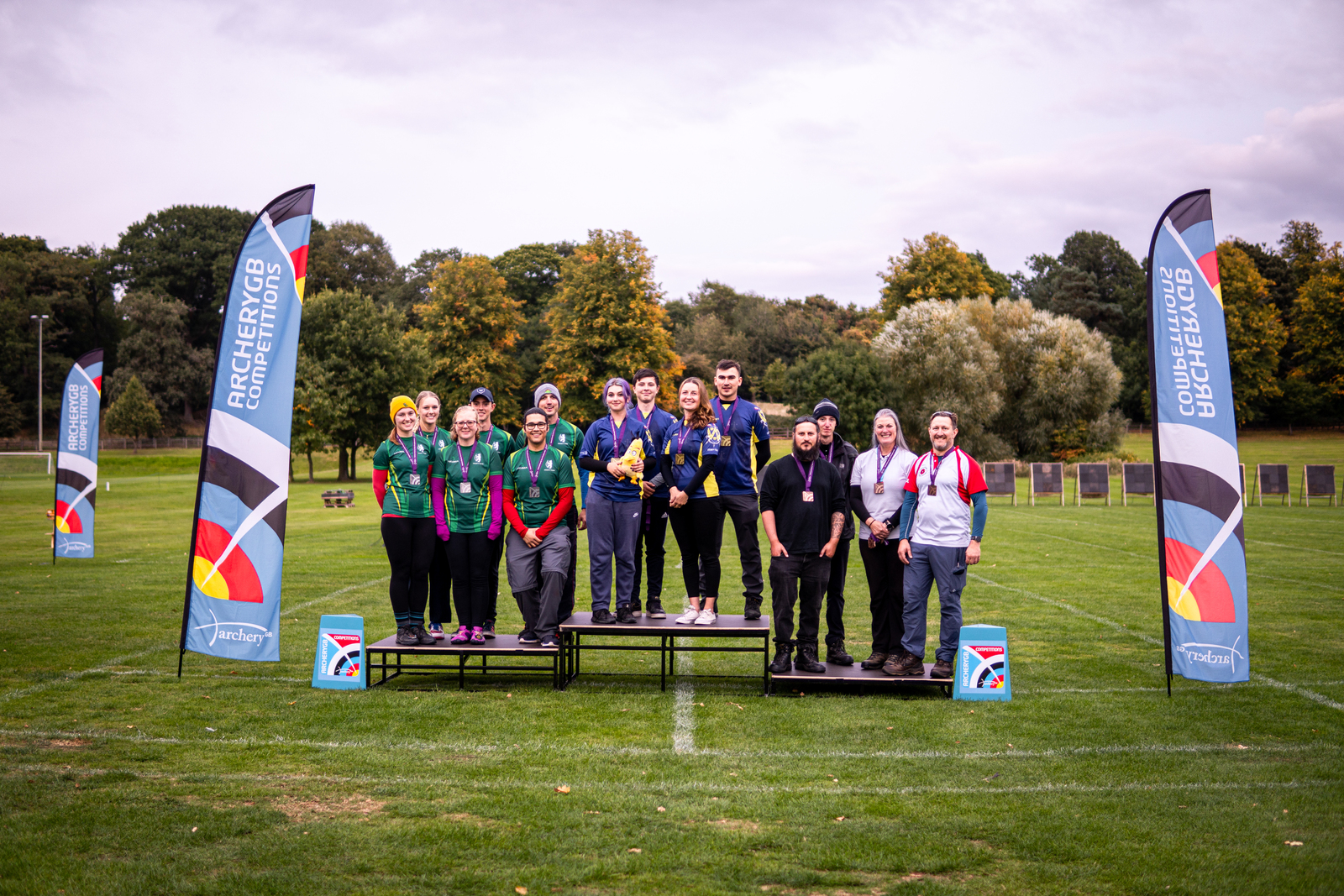 Lucy O’Sullivan of Hampshire also seeded first in qualification on Saturday and second on Sunday, helping lead Hampshire to a gold medal in the Mixed team with Luke Davis.

Dillon Crow and Elizabeth Foster joined forces for Durham and Northumberland and closed the competition with a silver in the mixed team. 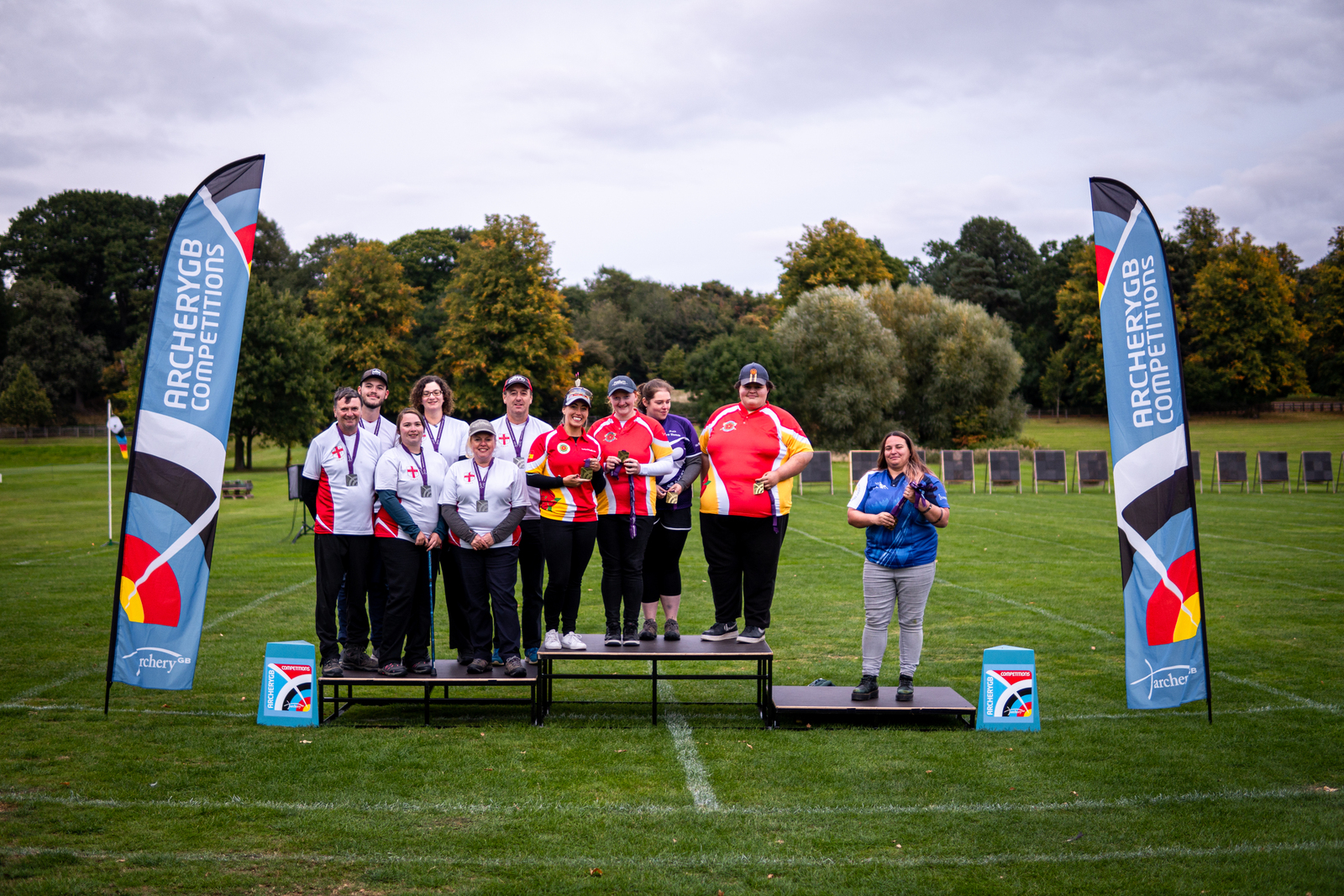 The barebow section of the field was filled with laughs, the sharing of snacks and a lot of competitive banter across the counties. Both Men’s and Women’s teams displayed their flare and love for the community aspect of the sport, cheering each other’s counties on through the head to heads.

Sarah Hubbard of Norfolk highlighted her barebow talent with a qualification score of 595 which was 41 points stronger than second seeding, and 87 from third. The Lancashire team went on to dominate in the knockouts to win every match 6-0 which led Lancashire to win both the Women’s team gold medal and the overall combined first place result. 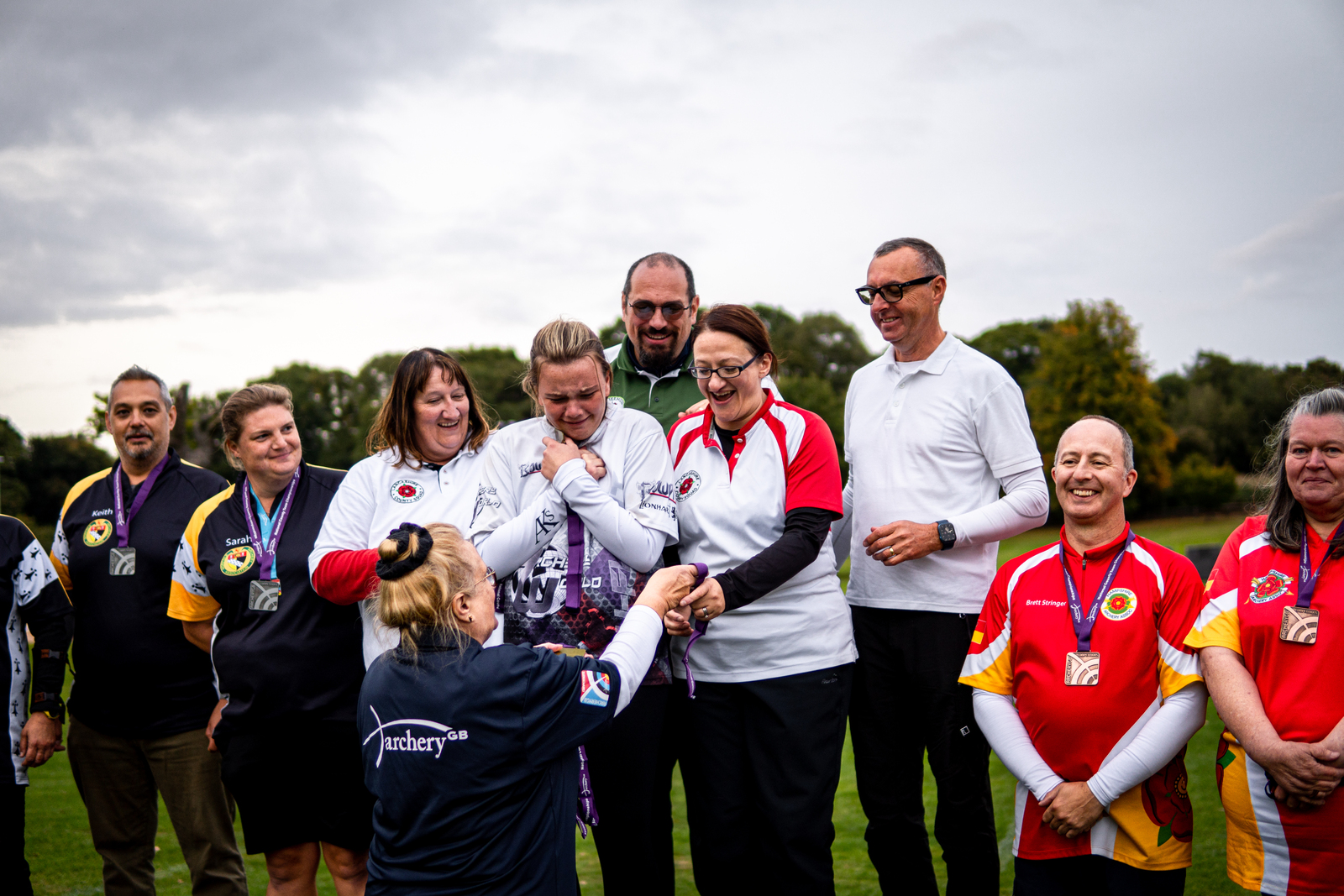 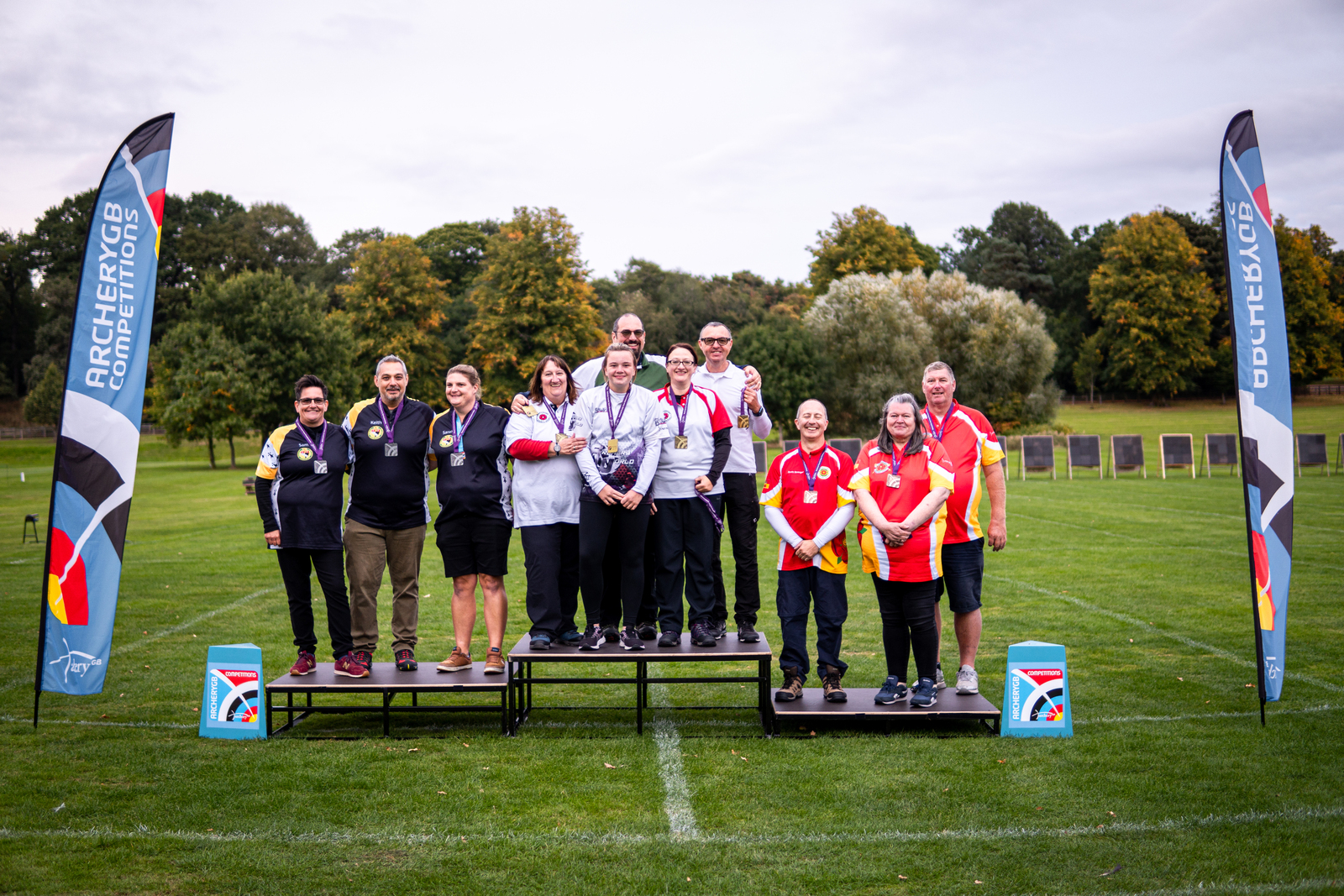 The Ladies Longbow was also tight and went down to the final arrows in a shoot-off. The 2-point difference between Sheila Hudson (Yorkshire) and Sophie Twigg (Devon and Cornwall) in qualification led to a nail-biting final where Yorkshire eventually took the title. 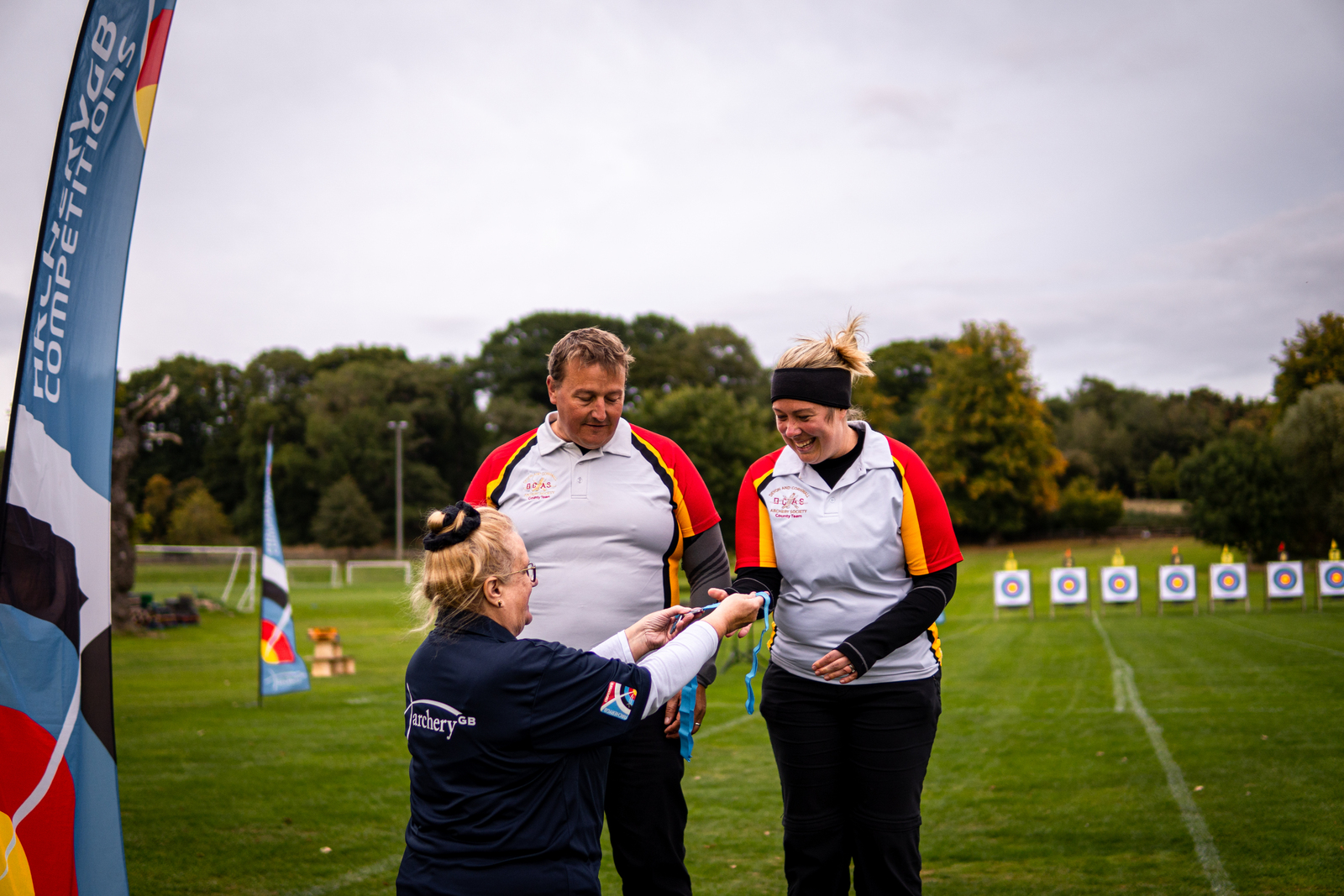 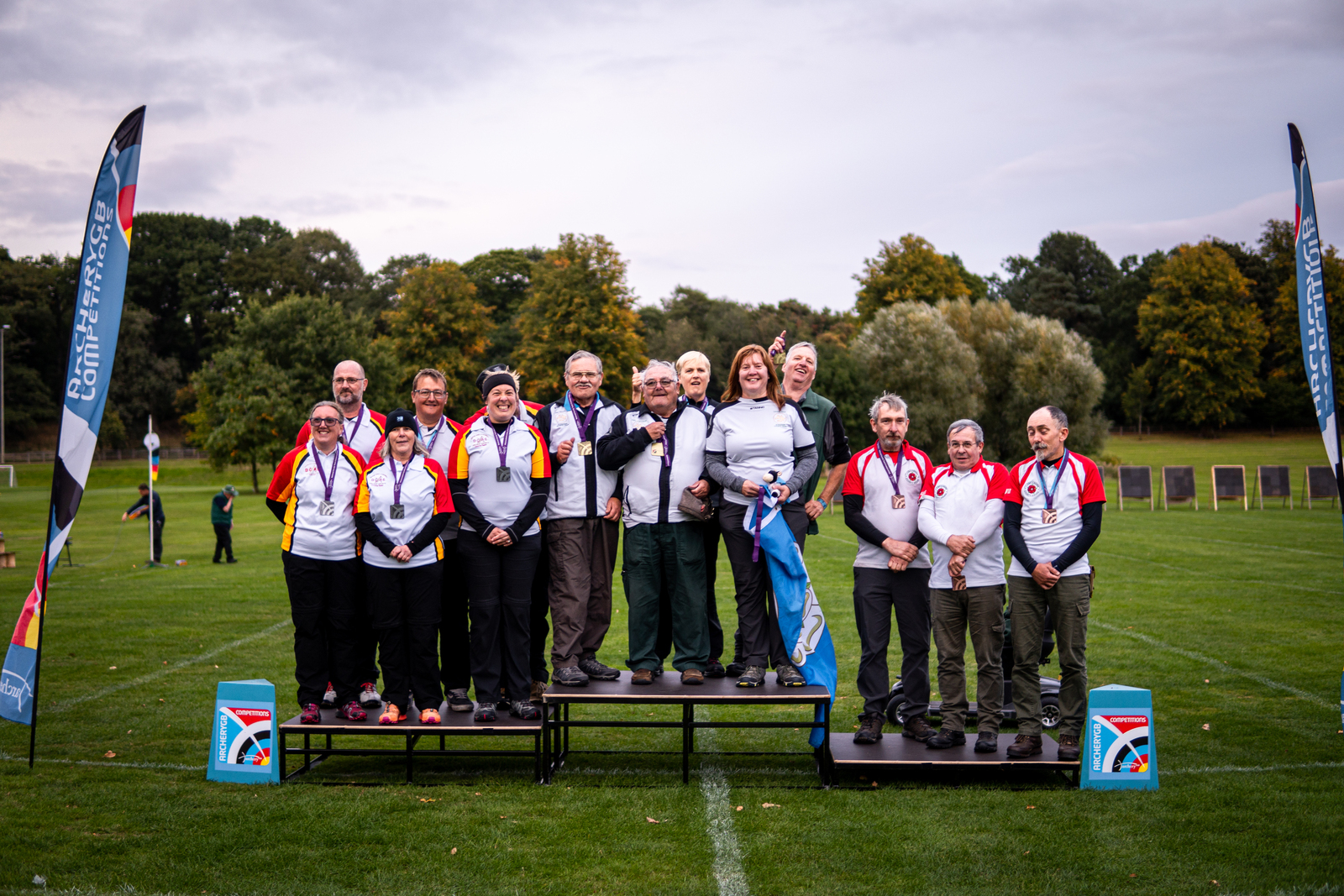 You can find photos from the whole weekend here