The week has begun at the first leg of the Para Archery European Cup in Nove Mesto nad Metuji in Czech Republic, starting off with the qualification round. 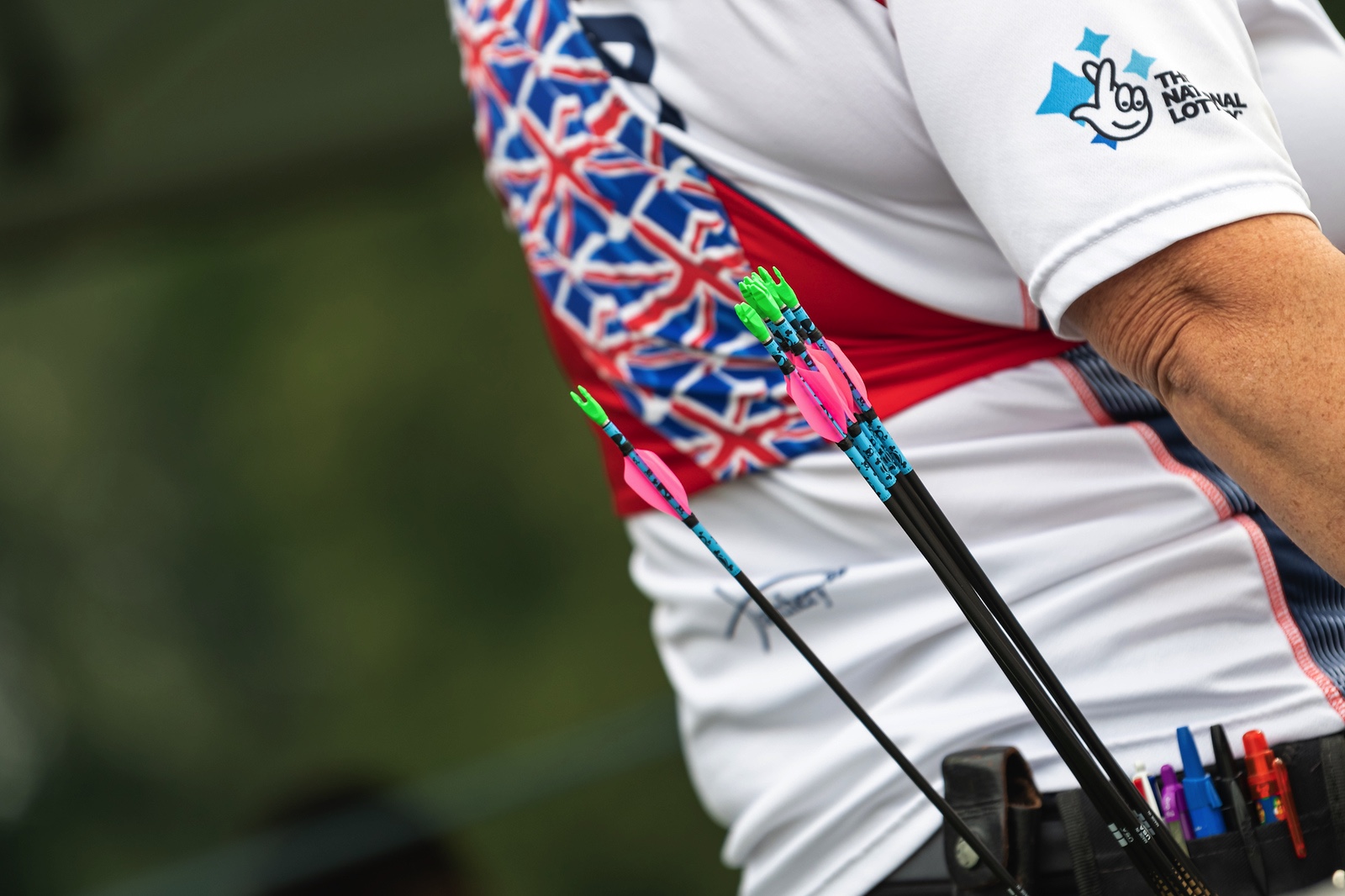 For the qualification day at the Para Archery European Cup, the archers experienced some relatively calm conditions with showers and varied temperatures. Our GB athletes produced some incredible quality shooting to kick off their week.

Paralympic champion, Phoebe Paterson Pine, narrowly missed out on a top place rank, finishing in 2nd with 694. She will have a bye in the 1/16 round of the head to heads, and then she will face Czech's own Lenka Kuncova in the 1/8. Jessica Stretton, who recently became European Champion for the compound women's team a few weeks ago, finished her qualification in 6th place with 682 points. Jessica also has a bye in the 1/16, and in the 1/8 round she will shoot against 11th ranked Japanese archer Aya Shinohara.

In the compound men open category, Jamie Harris finished in 7th place with a score of 680. His first match in the eliminations will be in the 1/16 round against 26th ranked Roy Klaassen of the Netherlands.

The compound women open team ranked in 1st place, and they will shoot against Czech Republic in the semi final round. And the compound open mixed team, comprising of Phoebe Paterson Pine and Jamie Harris, finished in 2nd place, giving them a bye through to the quarter finals.

"We had some strong performances during today's qualification round which had put us in a great position for the pairs and mixed team eliminations tomorrow and the individual eliminations on Thursday. We've had several international PBs and the highlight is an unconfirmed new pairs qualification world record for Phoebe and Jess, " coach Andrea Gales said.

Hazel Taylor ranked in 4th place for the recurve women open category with a 605. As a result of her high qualification finish, Hazel will have a bye in the 1/8 round, sending her through to the quarter finals where she will face 5th ranked Ieva Melle from Latvia.

In the recurve men open category, David Phillips ranked in 8th place with 611 points. For the 1/16 round, David will have a bye, and in the 1/8 he will shoot against Vasyl Naumchuk from Ukraine. Teammate Cameron Radigan finished the day in 17th position with a score of 568. He will face the closely ranked 16th place Czech archer, Vaclav Kostal, in the 1/16 round of the individual eliminations.

For the women's W1 open, Victoria Kingstone ranked in 3rd position with a score of 575. She will head into the semi finals where she will shoot against Czech Republic's own Tereza Brandtlova.

Martin Saych finished in 3rd place in the men's W1 open category with a score of 635. He will have a bye in the 1/8 round, and in the quarter finals he will shoot against the winner of the match between Brazil's Helico Luiz Jaime Gomes Perilo or Poland's Piotr Jacniacki.

For the W1 open mixed team, Victoria Kingstone and Martin Saych ranked in third place. In the semi finals, they will face the team from Italy to decide who will shoot against the team from Czech Republic in the gold final.

"We are looking forward to the rest of the week and using these performances as a building block towards the Europeans in August," Gales added.