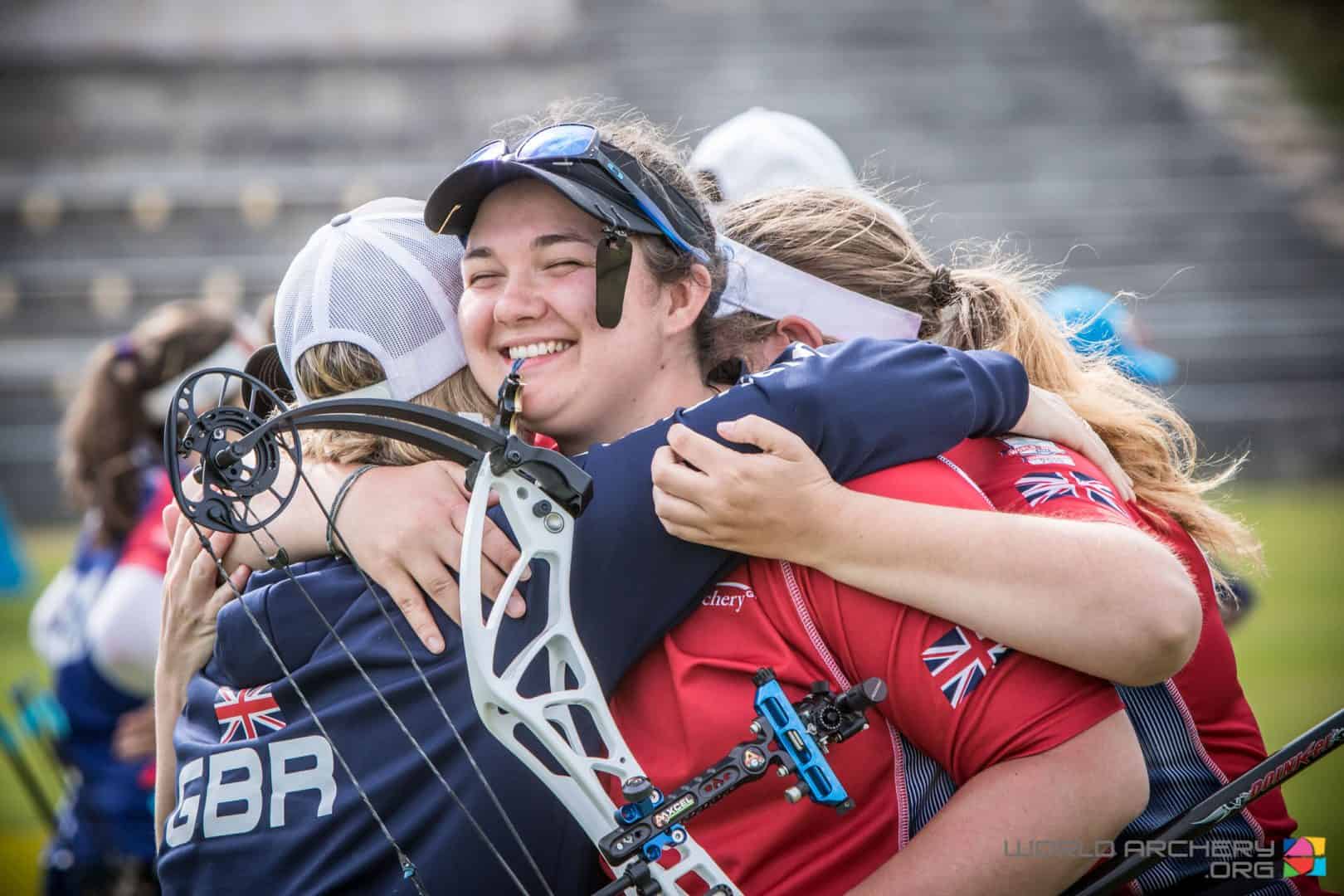 Gold went to Ella Gibson and James Mason in the mixed team competition. They beat Croatia 147-145, top seeds Colombia in a shoot-off and Italy 148-145. That left them facing Slovenia's Toja Ellison and Stas Modic in the gold medal showdown. And it was close - but the Britons gained a slight advantage and held on to win 156-155.

Ella was full of praise for James, who only missed the middle once in the 16-arrow final. Â"He helped me through shots and it was just really good,Â” she said. Â"Very nerve-wracking but I really enjoyed getting on the stage,Â” she said.

It was Ella's second medal of the day. Earlier she, along with Susan Corless and Sarah Moon, took team silver. They defeated New Zealand 230-217 and Germany 227-221 to book a title showdown with Turkey. It was a hard-fought match but Yesim Bostan, Gizem Elmaagacli and Ipek Tomruk gradually edged ahead to secure gold with a 232-221 win.

But the squad was buoyant at its success. Â"Two medals today, which is something the compounds haven't achieved in some time,Â” said James. Â"Hopefully we can continue to win more going forward.Â”