All eyes focused on Tlaxcala this past weekend as the Mexican city hosted two GB athletes at this year's 2022 Hyundai Archery World Cup Final. 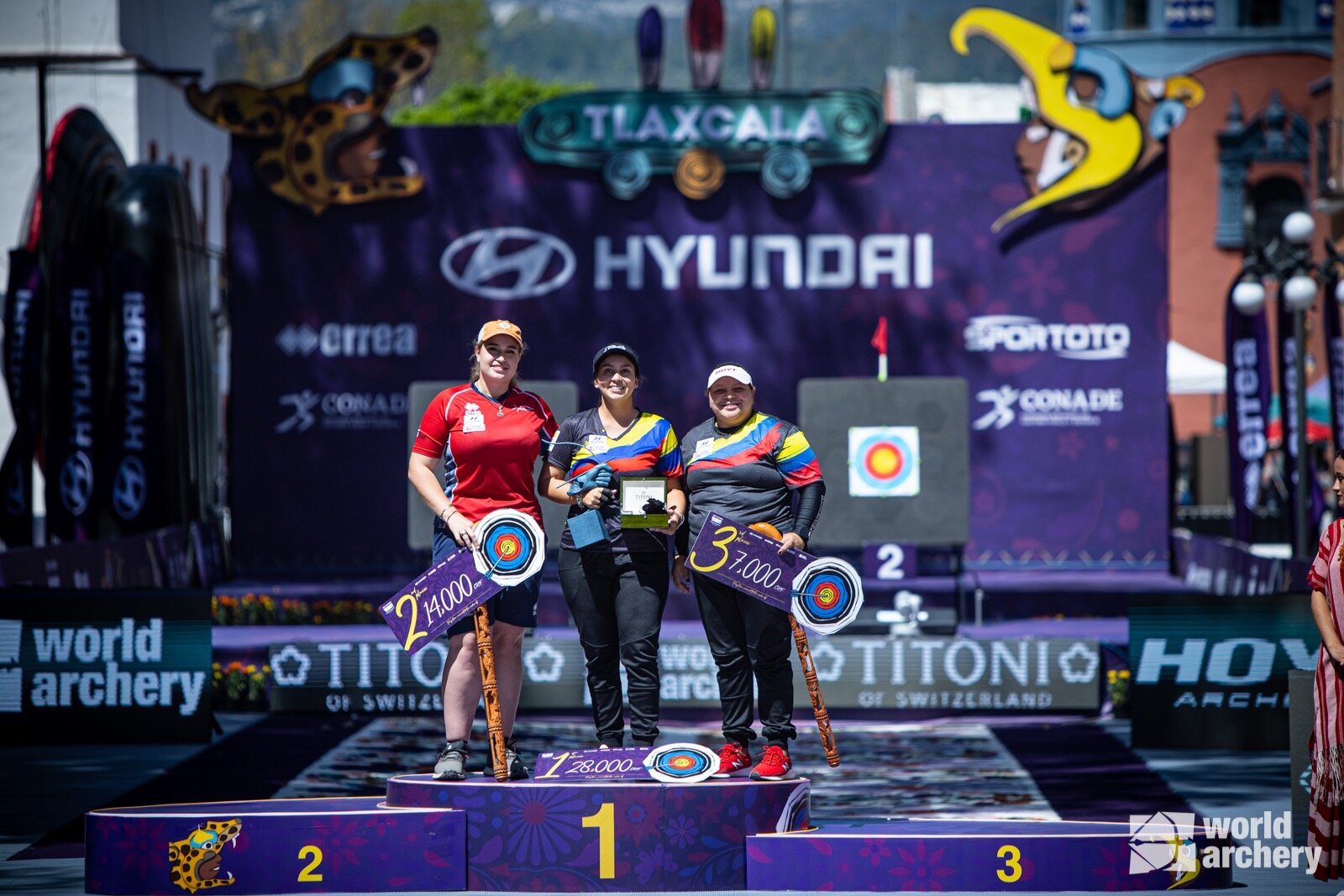 The Compound Women's category opened the event with GB's own Ella Gibson competing in the very first match against Mexico's own Dafne Quintero. After the second end, Quintero had taken the lead with a 1-point advantage over Gibson, who shot an X X 9 compared to Quintero's 10 10 10. Gibson focused herself and found the consistency she needed to direct the following 9 arrows into the gold, taking 90 points against to Quintero's 88, handing the win to Ella, who moved onto the semi-final.

The semi-final found her competing against Colombian athlete, Alejandra Usquiano, who matched Gibson’s 148, highlighting how tight this semi-final was. In the second arrow of the match, Gibson dropped into the 9, putting giving the momentum to Usquiano, who took it and shot a perfect 30 over Gibson's 29. 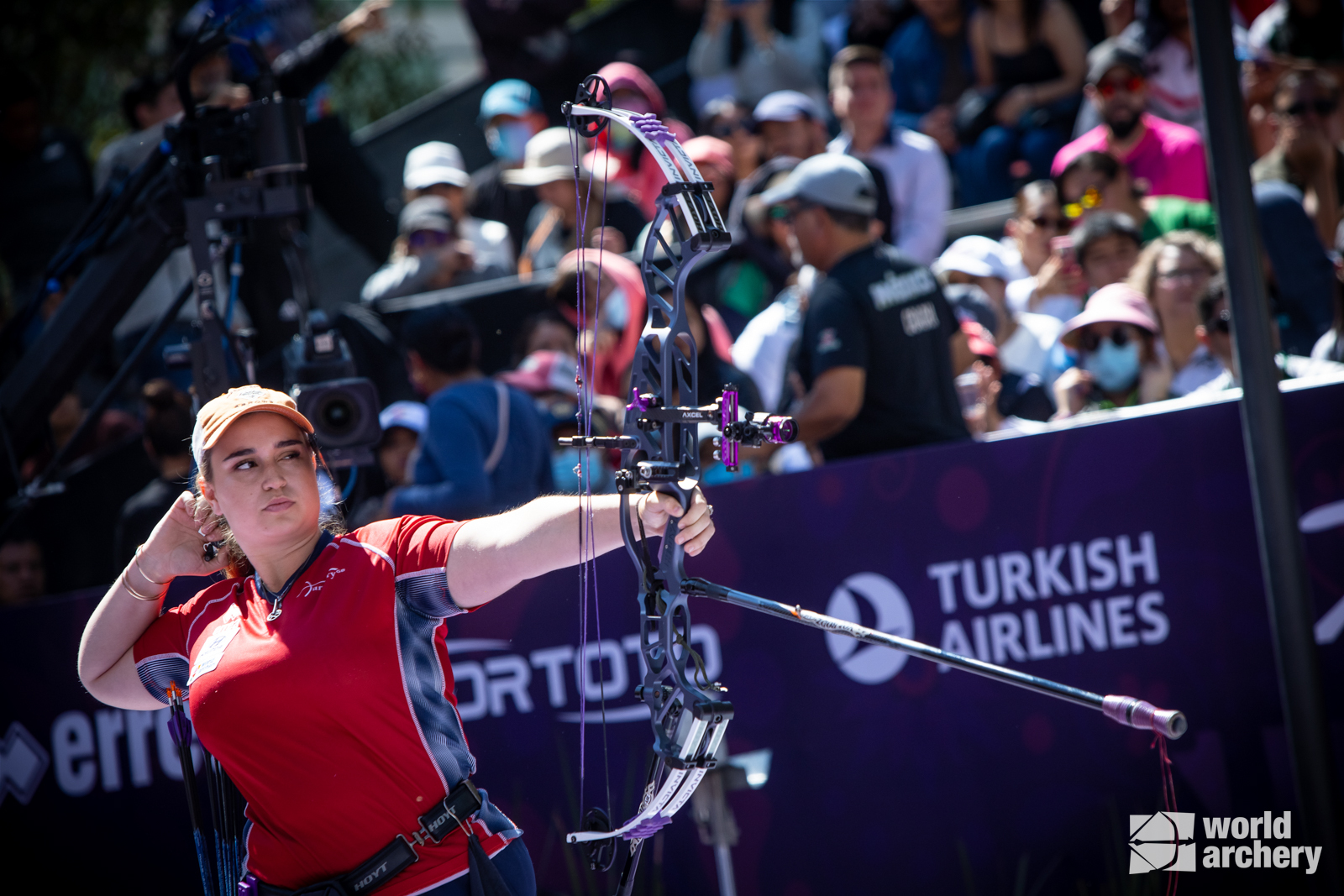 The second end was identical with Usquiano leading with 2 points on 60 to 58. Gibson put the pressure on Usquiano right through to the last arrow and shot 9 perfect arrows. Usquiano shot three 29's over the three ends and so Gibson, the World Number 1 progressed onto the gold medal match, showing her flair and consistency when it mattered most.

In the lead up to the event, a lot of speculation had circled with the potential for a final like no other – a rivalry had solidified through the season between Ella Gibson and Columbia’s Sara Lopez, which made for an epic grand finale.

Both competitors managed to shoot 148 on both matches in the lead up to the final, which only added to the tense nail-biting atmosphere of the gold medal match. The crowd could feel the gravity of the final and the cheering quietened as focus fell on every single arrow shot. Both archers opened the match shooting an identical 29, only increasing the pressure felt around the stadium.

The momentum of the final changed in the second end as Gibson shot a 27 to Lopez's 30. Returning to her tight groupings, Gibson didn't drop any points for the rest of the match, but it wasn't enough to top Lopez's form, who finished the event on 148 over Gibson's 146. Gibson walked away with a silver medal and an unforgettable moment for someone who has not been shooting on the international circuit long.

Commenting on her success, Ella shared: “It’s been a surreal experience to be part of this event. The city and organising committee went above and beyond for us, having the largest audience I’ve ever seen. Of course, I am a little disappointed to walk away without winning but the World Cup final is something I have never experienced, and I’ve gained so much from it. This whole year has been incredible for me. If you asked me at the start if I would make the World Cup final this season, I would probably have laughed, so to finish this way may not be everything I wanted but it’s a great step forward. I know I’ll be back with another chance to win and more experience under my belt to do it and I can’t wait.” 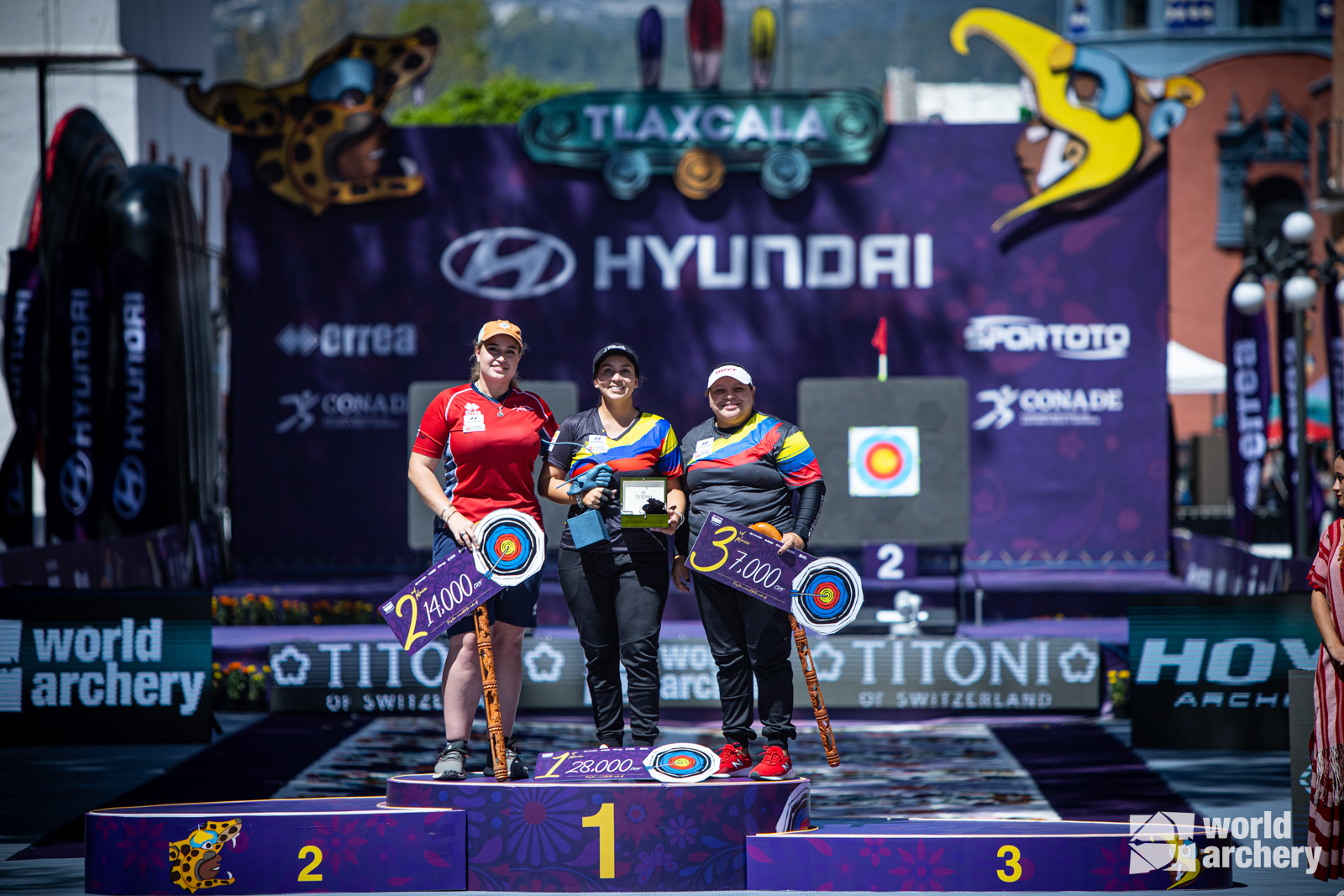 The Sunday brought the Recurve matches with GB's World Number 2, Bryony Pitman opening the event with a match against Korea's Choi Misun, who ranked second in the lead up to the finale, with Bryony ranking in sixth.

The match opened with both archers shooting high and right, suggesting a change in conditions since practice. Pitman's first arrow landed in the 8 while Choi's just landed in the 9. After the first 3 arrows both archers had shot 26, which meant a draw splitting the set points 1-1.

The skill and shooting continued to be matched in the second end when both archers shot 29 after finding their form and flow. With set points now 2-2, the pressure began to build on both archers. Pitman's following shots seemed to be held a touch longer compared to her first arrows helping her find the gold, whereas Choi's seemed snappier than ever. Choi took the third set with a single point advantage over Pitman, who came back stronger in the fourth set matching Choi's 26.

Now at 5-3 to Choi and Pitman not giving up, it came down to the final three arrows of the match. Pitman launched into the final end with a confident X, putting pressure on Choi who shot a perfect 30, beating Pitman who dropped out of medal contention. 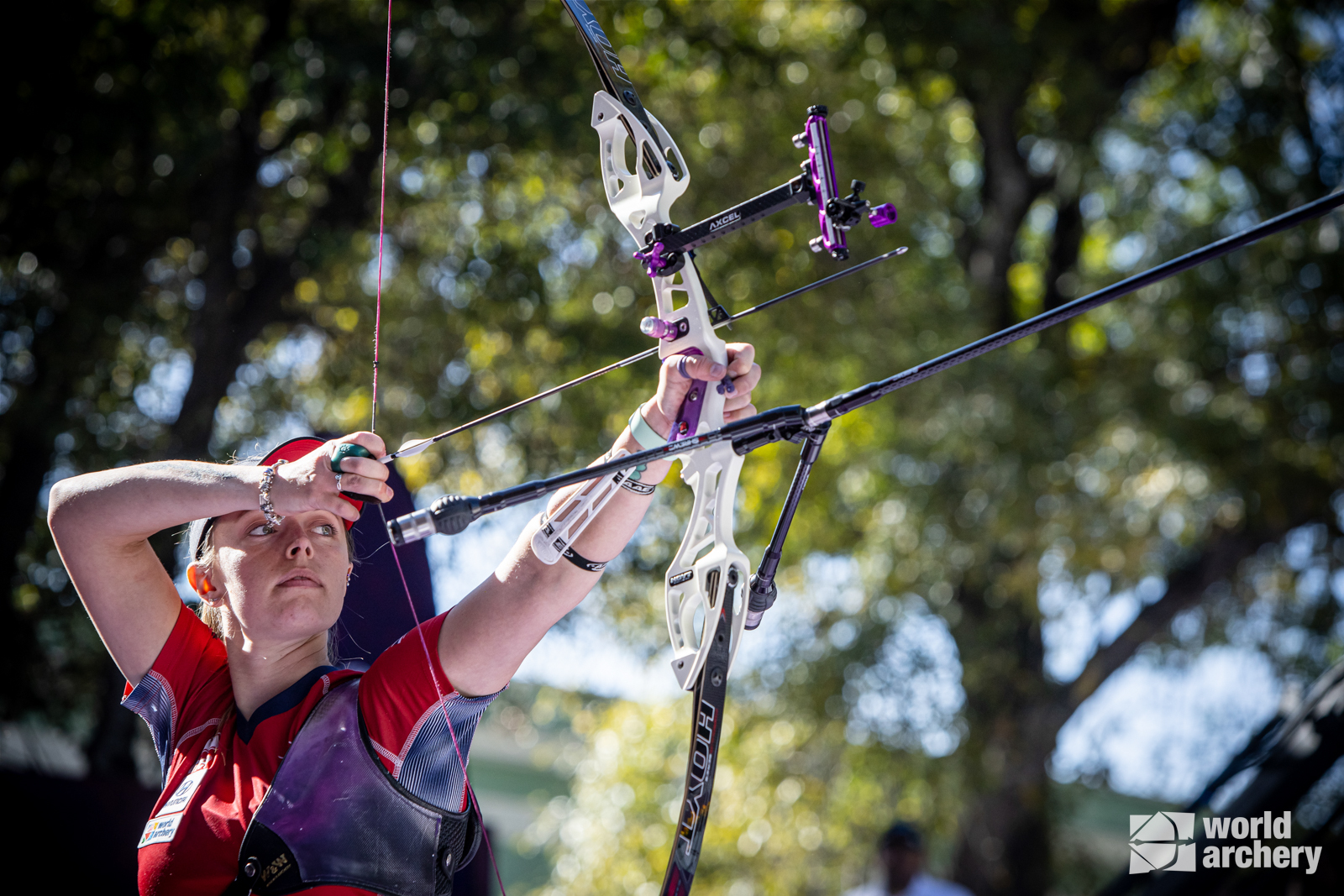 A massive congratulations to both Ella Gibson and Bryony Pitman from everyone at Archery GB for an outstanding and memorable season.

As this season comes to a close, it's a special moment to reflect on the successes of GB. From smashing multiple world records to having our strongest season in the Hyundai Archery World Cup for a long-time, it all sets the scene for what is going to be an exciting road to Paris 2024 for archery.