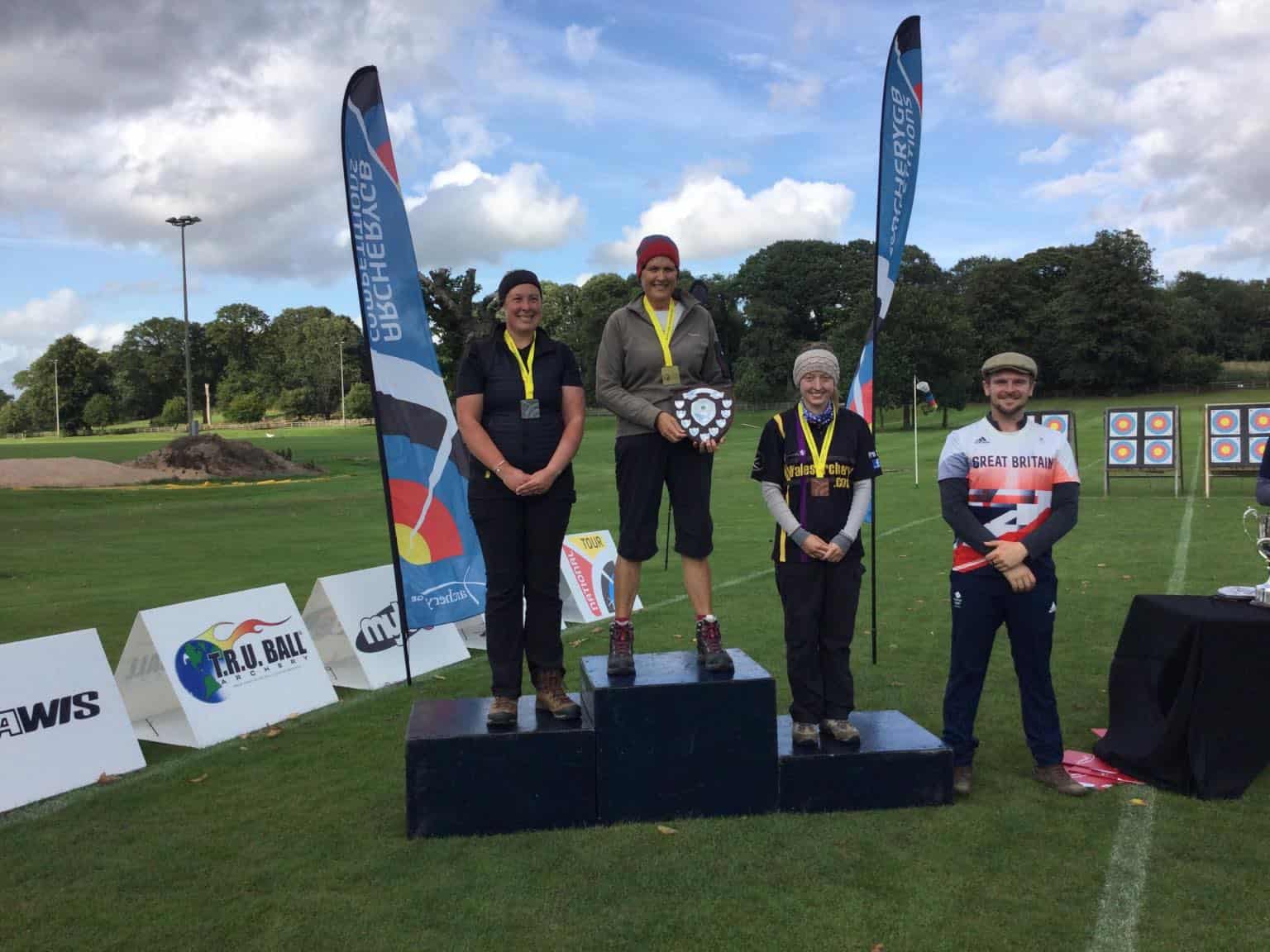 Day one of the British Target Championships kicked off with the WA720 round and head to heads. This also formed the forth stage of the Archery GB National Tour.

After the qualification round, the archers who topped the leaderboard were Alex Wise for the recurve men with 643. Bryony Pitman for the recurve women with 634. For the compounds, Domagoj Buden led the men with 687. With Ella Gibson leading the women with 689. On the barebow side, at the top of the men was Tom Williams with 543. And leading the women was Carol-Anne Seez with 571. For the longbows, Rob Twigg led the men with 365, and for the women it was Sheila Hudson with 352.

Proceeding four rounds of head to heads, Stevie Kent beat Richard White 6-2 to take the bronze medal for the recurve men. Michael Judd won against Alex Wise with a ten in a shoot-off for the gold. For the women recurve, Yulia Larkins won a clean 6-0 against Imogen Sullivan-Bell for the bronze. Bryony Pitman took the gold with 7-1 against Jaspreet Sagoo.

Kai Thomas-Prause pipped Christopher White for the compound men bronze medal with 147-145 points. Domagoj Buden took the gold win against Simon Scott 145-142. For the women, Sarah Prieels beat myself, Izzy Carpenter, in for the bronze with 147-142 points. Ella Gibson took her fourth gold of the National Tour season from Elizabeth Foster with 147-143.

For the barebows, Marc-Andre Hache beat the mens top seeded archer, Tom Williams, 6-0 for the bronze medal, and Ralph Barwise won 6-2 against Imran Rehman for the gold. Kim Doherty won the bronze for the women 6-4 against Helen Brown, and Carol-Anne Seez took the gold with straight sets 6-0 against Victoria Williams.

And in the longbow division, Cliff Gadd won the mens bronze medal 6-0 against Eric Mallet, and Martin Bale won against top seeded Rob Twigg 6-4 for the gold. For the women, Emma Martyn won 6-0 against Hannah Porter for the bronze medal, and the gold medal went to Sophie Twigg who beat Sheila Hudson 6-4.

Day two was the WA1440 round, which helped name this year's British Target Champions. The recurve men qualifying winner was Patrick Huston with 1317, and the women's winner was Bryony Pitman 1349. For the compounds, Domagoj Buden won with 1394, and Ella Gibson won for the women with 1409. Tony Fry won the barebow men with 861, and Carol-Anne Seez for the women with 968. In the longbow category, the winner for the men was was Rob Twigg with 772, and the leading woman was Sheila Hudson with 791.