It's International Women's Day! In our third and final instalment to mark the occasion, Archery GB's Hilda Gibson shares her journey in archery. 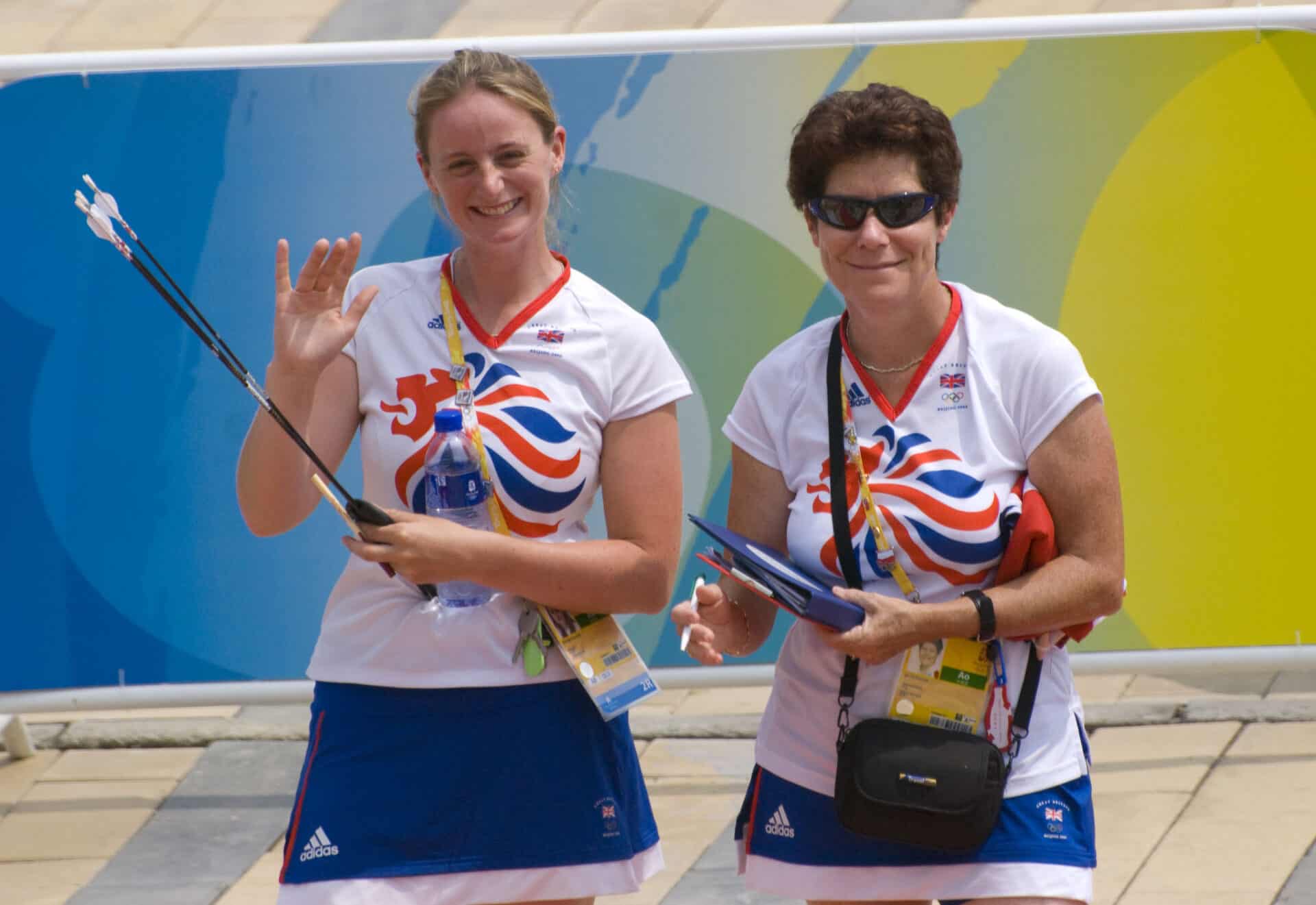 When did you first take up the sport, and what has kept you in it?

I started shooting as a schoolgirl in 1970 after my father came home from the pub one night and said he'd been talking to a man who did archery.  I said I'd like to try and so my dad arranged for me to go the next Saturday.  I loved it! There is nothing like the feeling of shooting an arrow and seeing it hit where you want it to. Once you've done it, you want to do it again.  You shoot another arrow - it hits - you want to do it again.  If the arrow doesn't hit, you know you've done it before so can do it again - you shoot another!

Over the next 20 years I made lifelong archery friends and shot hundreds of tournaments. I won the British Championships at both Junior and Senior level, broke British records and shot for Great Britain.  I was a member of the GNAS Junior Committee, became an instructor and helped organise World Record status shoots.

After my daughter Naomi was born and then my husband died things were difficult.  I didn't have time to practice and compete.  I might have left the sport but it's like a family.  My archery club and archery friends around the country were such a support.  For the next 10 years I was a club archer shooting occasionally. I helped form a new club at work and also helped with events - from club level to international.

Then in 2004 I answered an advert looking for new team managers for British teams. This started a new phase of involvement supporting teams at international events including the 2008 Olympic Games, 2010 Commonwealth Games and 2016 Paralympic Games.  In 2012 I left my job of 25 years and took a role as Archery Services Manager for the London Olympic and Paralympic Games.  What an experience that was!  I still get goosebumps thinking about the warm-up music starting and seeing thousands of spectators arriving, excited to watch archery.  During this period, I also took up a number of governance roles with World Archery, World Archery Europe and the International Paralympic Committee.

What are the biggest improvements you have seen for women in the sport since you started out?

Many more girls shoot now so there are separate categories for junior girls and boys (there weren't at most events when I started, the girls had to shoot against the boys).  Also, I don't remember many women judges, coaches and official. There are many more now.

Have you overcome any difficult challenges as a woman in the sport that you can mention?

Not any more in archery than in life. Sometimes I've had the sense of not being seen as suitable for a role and have had to be tenacious to be taken seriously.

Can you list a few of your greatest achievements in the sport?

I am proud of my competitive achievements, particularly representing GBR, but that's a long time ago!

I'm proud to have had roles at the last four Olympic/Paralympic Games:

I'm also proud to have been Archery Team Leader at the 2010 Commonwealth Games in Delhi; making two para archery coach seminars happen in Africa; and being a member of Archery GB for more than 50 years without a break!

Why is archery such a great sport for women and girls?

Archery is very inclusive; anyone can learn to shoot. Archery is welcoming and friendly.  You can shoot in small numbers or with lots of other people but when you're on the shooting line it's just you and the bow. Practising archery builds focus, concentration and confidence.  And when you're shooting you really can't think about anything else so it's great for relaxing away from studies/exams and work.

What would you still like to see change about the sport in terms of women and girls?

I'd like to see more female coaches at all levels and a higher proportion of female officials in governance roles.

Do you still have archery ambitions?

I'd love to have an archery role at Paris 2024 and to organise more coach and judge training in Africa, as Archery GB's International Relations Lead.

Who do you admire in the sport?

I very much believe in the saying you have to see it to be it'. We all need role models. When I was shooting, Pauline Edwards and Rachel Fenwick inspired me to get my 1200 FITA Star - they did it, why couldn't I?  I am hugely impressed by Inga Frith (former FITA President) and Lynne Evans (former FITA Vice President) for steering a path rarely trod by women in archery governance.  And I admire our multi-Olympians Alison Williamson (6) and Naomi Folkard (5) for their skill, dedication and sheer hard work.  They make it look easy!