To mark International Women's Day on 8 March 2021, Archery GB is sharing the stories of women in archery. Here, Katy Lipscomb explains how she became an International Judge. 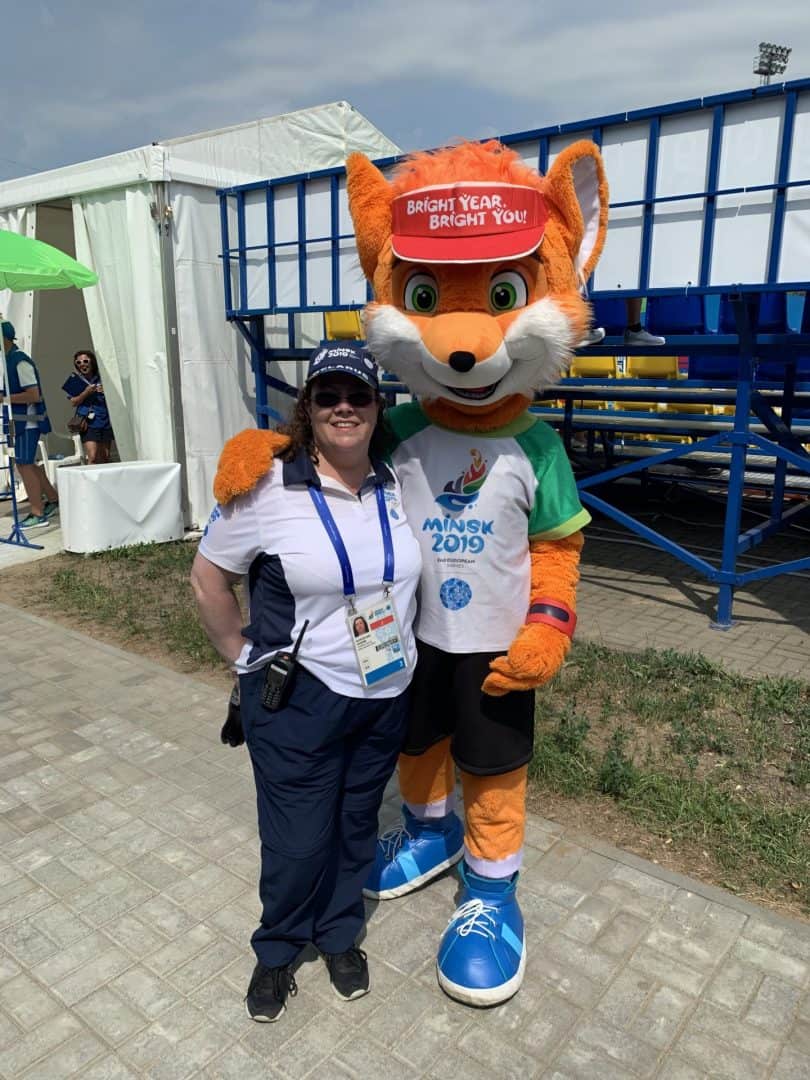 I have been shooting since I was small and officially became a Candidate Judge in 1993 when I was 16. I took it up as my school work meant I didn't have time to shoot, and I wanted to stay involved. My dad, Geoff Barham (above with Katy), had also become a Judge in 1983 so it seemed a natural choice; he is still a Judge.

I've been able to work at some amazing tournaments, including London 2012, World Champs, European Champs and AGB tournaments. I was Deputy Chair at the World Champs and World Para Champs in 2019, Chair at the European Games in 2019, and I will be the Deputy Chair at the Paralympics in Tokyo. Being an International Judge is hard work - there are lots of assessments. It has given me the opportunity to see some amazing places though, and meet some incredible people.

I love judging because it gives me a chance to give something back to a sport that brings me a lot of joy. It's given me some wonderful friends too. Whilst there are a lot of early mornings and long days, I wouldn't swap it for anything. You get to see a completely different side of the sport and to help archers enjoy tournaments fairly and safely. It gives you wonderful sense of community - and if you are lucky, there's tea and cake!

Judging is something anyone can do. Due to the way it is structured you can choose the shoots you want to do, and work it around other commitments. My age or gender has never been an issue in judging. Judges are a close-knit team and we make sure that our colleagues are supported. The UK has three International Judges (the most we are allowed). Two of us are female: my friend Hannah Brown is the other one, and Hannah will be the Chair of Judges at the Tokyo Olympics!

One of my other roles is Judge Liaison Officer (JLO) for Southern Counties Archery Society (SCAS), which basically means I look after all the judges in SCAS and support and help them. My other roles include being on the Judges Working Group with AGB, being an AGB Range Assessor, Trustee of SCAS and Vice President of SCAS.

Want to be an archery judge?

My advice to any young women out there who want to get into judging is to go for it! It offers so many opportunities in the sport and teaches you a lot as well. Seeing an archer enjoy their first tournament or get a six gold end is an amazing privilege. Just contact your Region's JLO or speak to a Judge at your next tournament to find out more.