As we all navigate the safest solutions for returning to archery, some clubs are seeing the benefit of sharing their facilities with members of other clubs. Three clubs share their experiences... 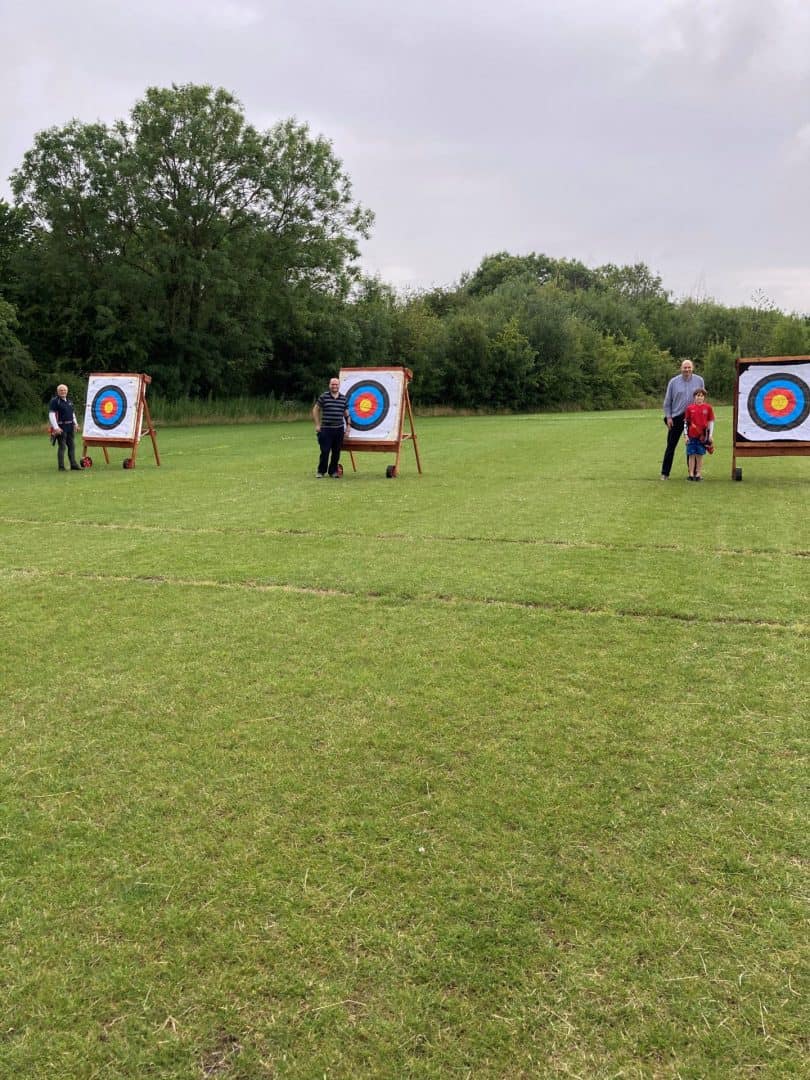 Nuneaton Archers & Arbalists have joined forces with Coventry Archery Club and worked out a range-sharing system beneficial to both clubs.

Geoff Beston, President of the Nuneaton Archers, said: Â"This came about as a result of us finding that once we had worked through the requirements of how to open up shooting for our own members, we just looked to see what other Â‘local' clubs were having issues with to see if we could help. We thought that Coventry used a school field and asked if they would be interested in us putting on a weekly session for them, so that their members could shoot at least once a week. They discussed it at committee level and were unanimous in wanting to give it a go.

Â"We are relatively close, geographically speaking, and it seemed logical that if we were able to help then we should do what we could for some fellow archers. We are very lucky with our ground, having access to it seven days a week, and don't share it with any other clubs/sports.Â The very least we should be able to do in these challenging times is help out fellow archers.Â”

Before the move to their current ground, the Nuneaton club also used a school field (see our interview with Graham Harris of City of Norwich Archers for more about use of school facilities) and so it was only by chance that they were not in the same position.

Geoff continued: Â"We have Coventry-only archers booking lanes and shooting on Â‘their' session. We provide the ground and bosses and a Field Captain etc, and they shoot. We applied to our own County for some help with the purchase of target faces and pins and so haven't even had to charge them for their Â‘personal' faces. We use the same rules for Coventry members as we do our own members, and so far it has gone very well and those that have shot have enjoyed the chance to do so.

Â"We would like to think that if the shoe was on the other foot someone would step up and offer us some help.Â Our club members have been 100% supportive and agree that it is in the spirit of the sport and our club to help. We have been very successful in our bids for financial support from Sport England and everywhere else we have approached and so it is nice to be able to give something back.Â”

Gordon Jones, Secretary of Coventry Archery Club says the city archers been shooting outdoors at the city's King Henry VIII School for around 14 years. However, owing to the coronavirus restrictions, the majority of the school is closed, including the fields that the club use.

Gordon said: Â"I was delighted when Geoff Beston, President of Nuneaton Archers & Arbalists, contacted me to say that they had set up their field (they have their own field with exclusive use 24/7) with socially-distanced lanes and had just started using them for their members. He initially suggested that Coventry Archery Club members could go along to Nuneaton's club nights but then said he could set up a club night just for Coventry members, offering up to ten shooting lanes.Â”

Â"Geoff also offered to set up a booking system for Coventry members to use to book their own session. I was over the moon with this offer and confirmed that we would like to use their field and booking system. Geoff moved really quickly and was able to set this up for us and we started shooting on 11 June. Geoff sends me details of who has booked enabling me to keep track of the Coventry members attending the sessions.

Â"It's still early days but so far there have been no problems and, thanks to Geoff, all has run smoothly at Nuneaton's ground. Coventry members now have the chance to shoot, which they would not have had without Geoff's kind offer and all the hard work he has put in to arrange things. Those who have attended have enjoyed it.

Â"Understandably, we do have to pay visitors fees. However, I asked our County organisation if they could offer some financial assistance and they have provided a grant which will help to reimburse some of those fees. This is a real success story.Â”

Roger said: Â"Since the crisis began, the Gloucestershire County Archery Society (GAS) has been meeting fortnightly to coordinate clubs' facility-sharing concerns, discussing solutions and generally supporting each other. Shortly after the relaunch, five clubs were able to shoot; those unable to do so were invited to make contact and arrange for their members to attend."

Deer Park was keen to encourage clubs to retain their own identity, so while they have some individuals shooting with their members, they have allocated an evening dedicated to two clubs: Black & Gold and Tyndale. This has proved to be very successful, especially in developing inter-club relationships, which, Roger says, is often a barrier to countywide cooperation.

He continued: Â"The County has also organised an online postal competition, inviting GAS members to record a score over a week-long period and give a purpose to practice. This is also designed to encourage archers from clubs currently unable to shoot to approach clubs that can, get some practice and record a score! From a Deer Park perspective, it has taken until the end of June to build attendance back to pre-Covid levels, but we have got there and are still accommodating members from other clubs.

Â"However, our greatest success has been in the provision of Â‘Individual Shielding' sessions, where the only users of the field for those bookings are family units either formally or informally shielding. This programme has not just been used by our own members but also working with a local charity to book family play times not associated with archery. We are fortunate to have the grounds to do that and the volunteer workforce to keep the ground in a condition to make it attractive to do so. We are also about to launch our Mini-Summer Field League, which complies with all the current regulations and will be open to book to all Gloucestershire clubs.Â”

The relationships built with current ground sharing have developed some strong inter-club relationships, which Roger says will put them in a stronger position to overcome future challenges.

Advice at a glance: