The first day of official competition has started out in Antalya, Turkey, for the first stage of the Hyundai Archery World Cup 2022 with the compound qualification round. 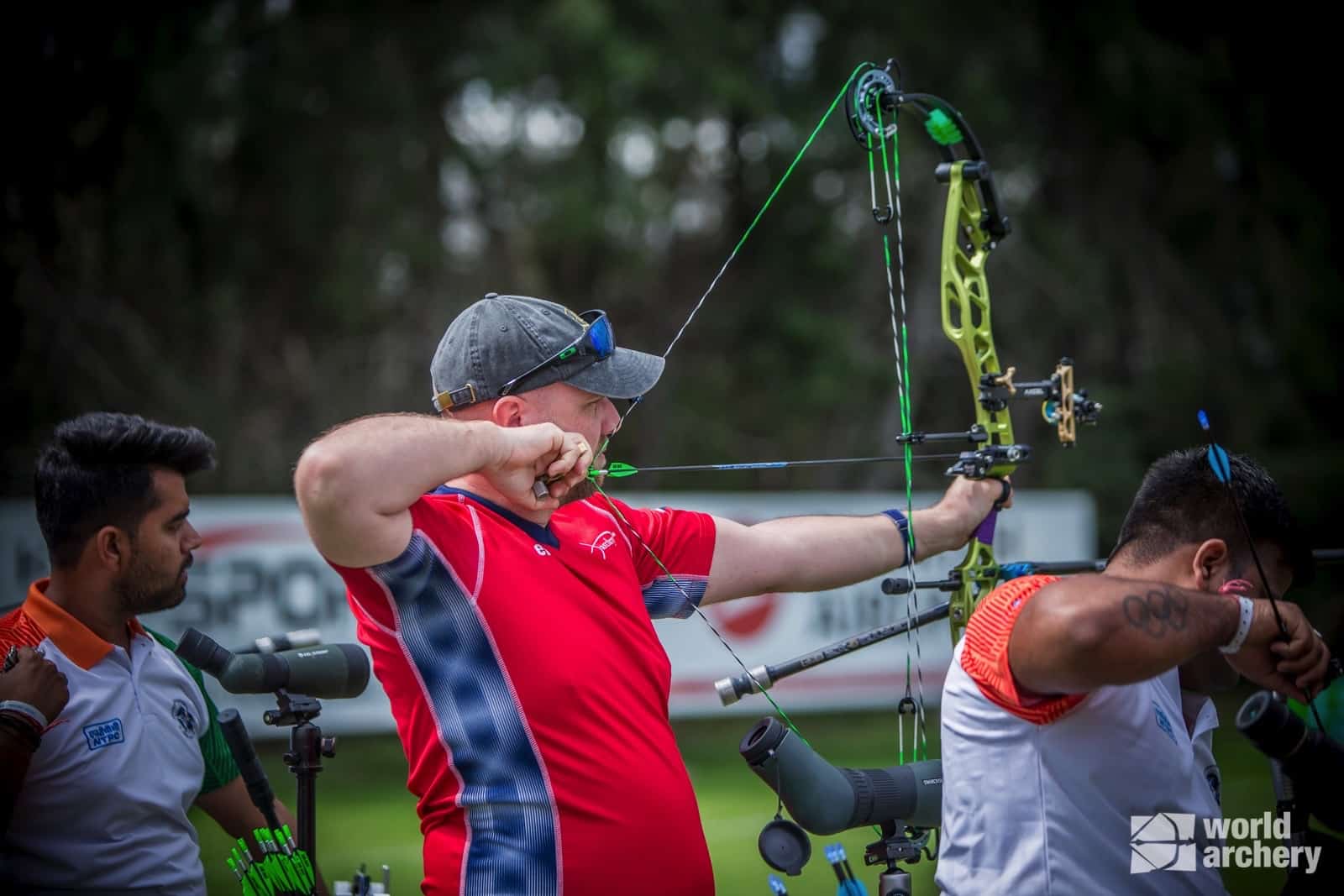 After a morning of official practice, the compound archers prepared for their WA720 ranking round in the afternoon. The weather started off with the famed Antalya sun, but after the first 360 half, it took a turn. The archers then had to compete with on and off rain, as well as wind and gusty spells.

Leading the GB men after the qualifying round is Adam Carpenter with 696, placing him in 16th overall. He will face 49th ranked Stef Williams from the Netherlands in the 1/32 individual round on Thursday afternoon.

Tying Carpenter on 696 is Kai Thomas-Prause, who shot one less point on tens and Xs to earn him 17th position. He will shoot against Belguim's Reginald Kools in the head-to-heads. If both Carpenter and Thomas-Prause win their respective matches, they will meet each other in the 1/16 round.

As a team, the GB men ranked in 5th place, giving them a bye for the first round. In the 1/8 round tomorrow morning, they will face the trio from Slovenia.

"Massively pleased with today's results. The conditions went from calm to quite brutal and back very quickly, but I'm incredibly proud of how everyone shot. The team results are awesome, and a testament to the consistency of the team as a whole," coach Simon Scott said.

Ella Gibson finished in 5th overall position for the compound women with 697. She will have a bye in the 1/32 round, and after she will face the winner out of either Irene Franchini from Italy or Andrea MuÑoz from Spain.

Susan Corless finished in 46th with 656, and the winner out of her and Annison will face either Myriam Hasler from Switzerland or I-Jou Huang from Chinese Taipei.

"Although the conditions were quite tricky today, I still was smiling and didn't let it faze me. I'm happy with my shooting, and 681 is a bonus given the wind. Bring on the team round!" said Layla Annison.

In the team round, the three of us ranked in third overall behind first ranked Estonia and second ranked Chinese Taipei. We have a bye through to the quarter finals where we will shoot against either the team from France or the team from Kazakhstan.

For the mixed team, GB ranked in third place behind the teams from Turkey and the Netherlands. They have a bye for the 1/12, and they will shoot against USA or Indonesia in the 1/8. These matches will take place on Friday.

After the morning of compound team matches tomorrow, the recurves will shoot their qualifying round in the afternoon.