A day of medals at the European Field Championships! 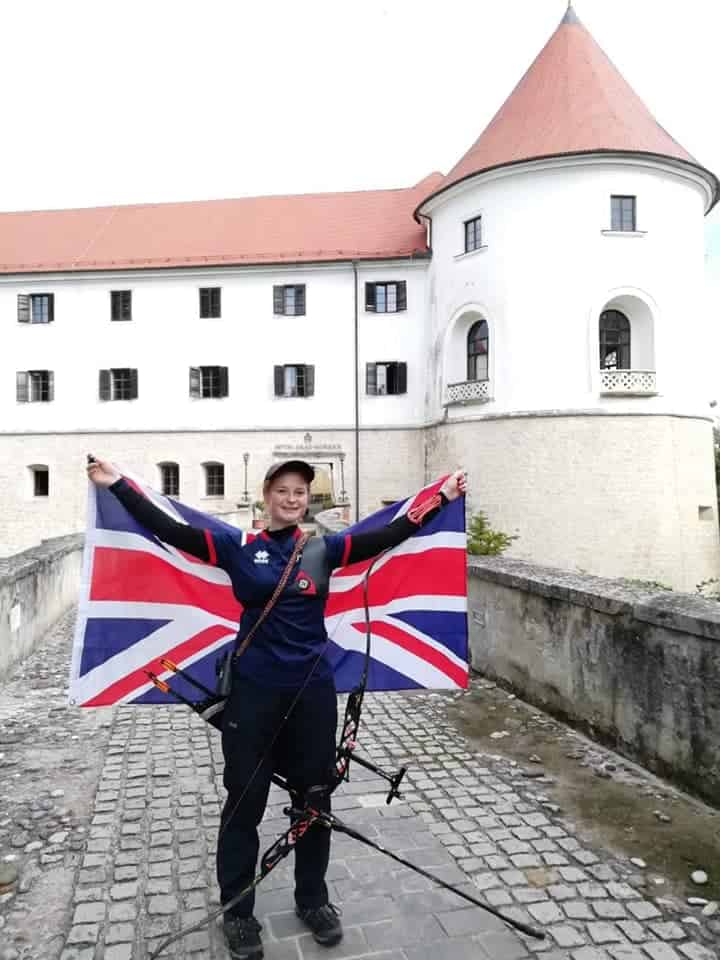 Louisa told us, Â"I'm absolutely over the moon to be the U21 RJW European Field Champion. Being my first field international I had no expectations, was slightly unsure of the format and competing for the experience. I can't thank the GBR team enough for all their support and camaraderie. I'd say to any other archer, you must try field, it's really amazing!Â”

Recurve woman Bryony Pitman took the bronze medal but 6 points as well, after shooting 56 to Italian archer Chiara Rebagliati's 50. Bryony's score was the highest on the recurve women's field during the medal matches today.

In the barebow junior women, Kathryn Morton took the bronze medal as well, the first medal of the day for GB. Kathryn shot 11 more points in the bronze medal match than she shot in the semi-finals yesterday, resulting in a four-point win over her opponent, Gudbjorg Renisdottir, who is three years older than Kathryn.

Joe Fairburn, recurve junior man, has also taken bronze in a five-point win over higher-seeded archer Lovro Cerni from Croatia. Joe is two years younger than his competitor, who also competed at the University Games in Italy earlier this year.

It's been a fantastic week at the European Field Championships, thank you to all who helped make this event happen, and to our kit sponsors Errea.