Get into barebow archery

Seasoned barebow archer Peter Wilson is Noak Hill Archers' club secretary. He describes his journey through the bowstyles before finally settling on a firm favourite. 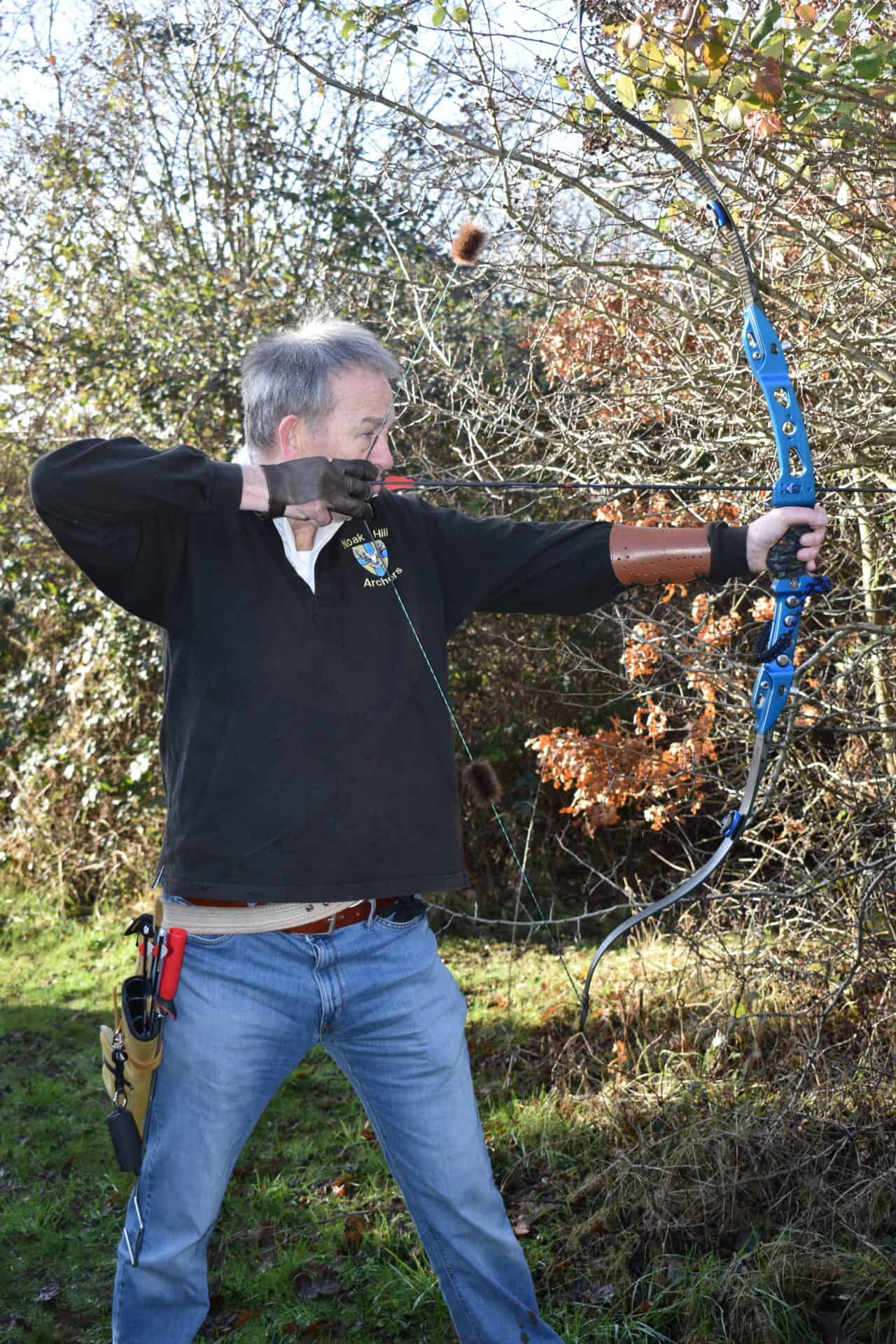 In 2012, things were a little tough for me and my mental health was not in a good place, and then the stars seemed to align. I spotted a local archery club shooting at a sports ground. I got chatting with the archers and felt the sport could be just the tonic I needed, while having fun too. Archery had long been on my to-do list, and I was finally taking action!

A friend of my wife found a beginners' course that was imminent, and the next thing I knew I was missing my first target on a warm summer's evening. I was hooked.

I joined Noak Hill Archers and was made to feel very welcome, despite my lack of experience. The coaches encouraged and gave me plenty of help. Much of the talk of spines, draw lengths, and shooting a Worcester went over my head - and still does if I am honest. And it turns out an archer's paradox' is not an episode of Star Trek.

I asked lots of questions before I bought my first bow and found out about all the gear I needed to get going. And then, after a while, I became a proper archer - I bought a second bow, an American flatbow. That was later followed by a horse bow and most recently my hunter bow.

The different bows were a lot of fun but by swapping between them I wasn't developing any real level of skill or competence. So back to basics on my recurve.

Like any enthusiast, I decided I needed all the gadget help I could get: a fancy new sight, long rods etc. The frustration kicked in. Apart from taking ages to set before even shooting, I found the more stuff I had, the worse I was getting. At least, I wasn't improving. As I stood on the shooting line twiddling and adjusting the sight for the umpteenth time, it suddenly dawned on me: perhaps I am the problem.

It was at that point I decided to go back to what interested me about archery. I had been involved in team or competitive sport most of my life, and now I wanted something just for me. It may sound pretentious but I wanted to simplify things to the basic elements of a bow, an arrow and me.

I also realised that I was not practising enough to build up the strength to pull, without struggling, the higher poundage bows I had. So I bought a lighter bow from a fellow club member. It allowed me to draw back comfortably and concentrate on my form, without a shaky bow arm.

I fell in love with archery all over again. No sights, no other markers, nothing. I am not sure if purists call it instinctive archery but I do, even if my instincts are sometimes questionable - but who cares? I am enjoying archery even if it feels that sometimes I couldn't hit a barn door! I've found my happy place. Sure, it still gets frustrating, especially when you see another arrow disappear into the undergrowth on our field course, but isn't that part of the fun?

On occasion, I will shoot on the target range but we are lucky at Noak Hill Archers to have a field course. That's where you'll find me these days. So archers, there is nothing wrong with sights, but perhaps sometimes strip down your bow and enjoy being free and twang as nature intended.

Find out more about barebow archery

Read the stories of medal-winning barebow archers in the spring issue of Archery UK magazine.