This year is the first time that the Grand National Archery Meeting (GNAM) has been cancelled since its inaugural meeting in 1844, give or take 10 years of dodgy weather and world wars. Here, some of the event's biggest fans recall their happy GNAM memories... 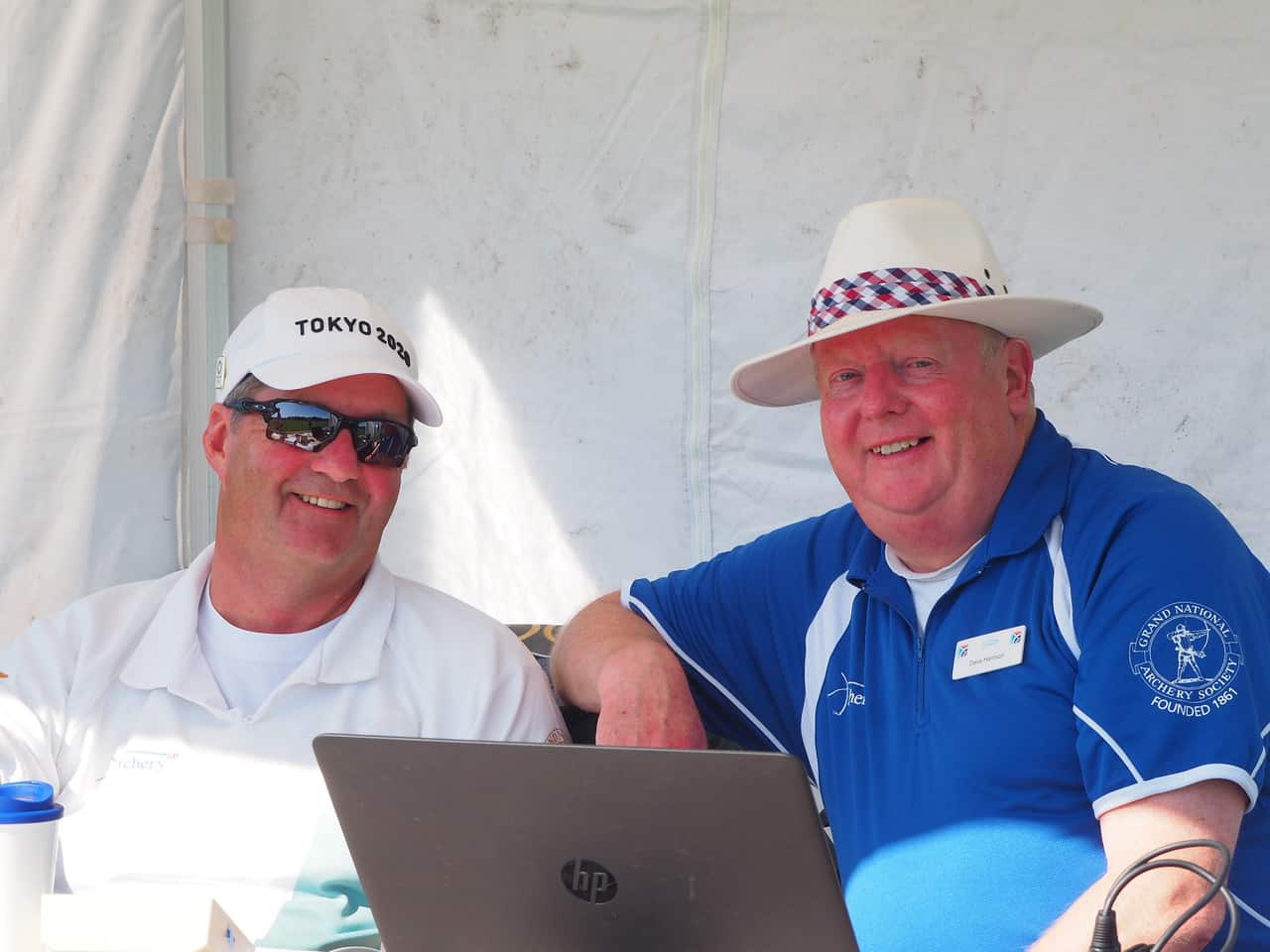 In normal conditions, the three-day UK record status event known as GNAM would have been well underway right now (24-26 June) at its Lilleshall home in Shropshire. Archers would be enjoying the sunshine in the grounds of the historic country house that forms the heart of the National Sports and Conferencing Centre. Sadly, the coronavirus pandemic means we'll have to wait until next year's event but in the meantime, we've loved reading about your GNAM memories - thank you for sharing them with us over the last few weeks.

In 2019, GNAM celebrated its 165th anniversary at Lilleshall. For archer and photographer Malcolm Rees (pictured below) it was only his second GNAM experience. He said: It's a wonderful shoot; I loved how relaxed it was. Even though it was record status, there were none of the pressures that you get at a regular target shoot. It was great that there was no need for a silly early start, and yet we shot a full 12 dozen (with plenty of breaks) and still finished early. I thought it was great that if you were able to claim a Rose award on the first two days, it would be ready to be awarded on the Friday at prize-giving. The trophy table was just epic.

"For 21 years Lilleshall has been the home of the GNAM, and yet for many archers, perhaps of a certain age, Worcester College in Oxford is forever known as its spiritual home.

"The question: Are you going to Oxford?' was all that was needed to confirm plans to attend the GNAM there, and my journey began in 1966. And yes, guidance was that juniors were not allowed to shoot at the Meeting, but I had declared that I had chosen to shoot in my eighteenth year as a senior and had done so at the International Trials in Worcester (the Police Training Ground) in early June that same year.

"The scene is but a memory and yet unforgettable - an annual scramble to book into the B & B across the road allowing for car parking there too (my dad as chauffeur), carrying all your kit through the college gates and quadrangle, past the lake, and there opened up the field, tennis courts at the back, indoor range (under trees) to the far left - the gents end, of course, marquees for refreshments (and the bar) - yes it was permitted, and the toilet tents' basic facilities is a word that springs to mind.

"Bosses with sailcloth faces. Six archers to a boss, wooden school forms to sit on (no one had chairs and umbrellas). The targets were fixed, and archers moved forward for each distance change.  As a left-handed archer I always knew who I would be shooting with, although you could request your target companions, except that lefties were always put on the target at the far left of the shooting line in order that any right-handed archers did not have to face a left-hander.

"Field Captain Bill Kinsman with the horn, line cutters? Don't be silly, this is the GNAM! Regarded throughout the land for the Champions to be known as the National Champions until 1971 when the British Target Championships were created to be held over a weekend.

"One of my happiest moments in those years, long after my first retirement from the GNAM, was to be Lady Paramount, in 1980, although there were a number of archers I no longer knew after eight years away from the sport. I did get to shoot there just before the end of the association between the GNAM and Oxford in 1985 and 1987. Moving the Meeting to Lilleshall was a huge challenge; there was no way to recreate the atmosphere or the status of the Meeting at Worcester College, and yet the 150th Meeting drew big crowds, and a very special Lady Paramount: Sheila Kemp, former Vice-President of GNAS. A celebratory lunch in a marquee was held for the occasion.

"Never be afraid to remember the journey of the GNAM across the years. It is and always will be the Meeting of the Archers of the GNAS!"

"I was informed that it was a tradition for the Chief Judge to shoot the first arrow, which in fact was a whistling arrow. I always found the tournament to be relaxed and friendly and shot at a leisurely pace without sophisticated timing."

"With the cancellation of the 2020 GNAM owing to Covid-19, it is an opportunity for me to think about the last 25 years or so since I first attended the GNAM, and why, for me, unless I have an international judging duty or the event is cancelled, I can say I was there!'

"I was encouraged to attend my first GNAM a year or two after it moved from Worcester College, Oxford, to Lilleshall National Sports Centre, where it now resides. This was the first time I came up to Lilleshall, and I was a little nervous - I didn't know then how much Lilleshall would become something of a second home for me each year!

"I didn't come to win medals - I do however treasure the ones that I have won at the GNAM - but I came because I wanted to sample and enjoy the camaraderie and friendship on offer from the stalwarts old and new who made the GNAM what it was, and still is.

"Over time I have had a number of different target companions, and it is perhaps unfair to single out people, but I made lifelong friends with a number, including Dave Mathieson (now residing in Mexico) and Clive Rice; and Brian Trotter, a past President of AGB (when it was GNAS) whom I would never have had the pleasure of meeting if I had not come to the GNAM.

"The shoot is friendly, not rushed, and conducted in an easy manner by the Judges appointed. This has included many of our senior Judges over the years, but also the gentlemen' of archery, including Ellis Shepherd and dad' - George Potts.

"With 2½ days of shooting, and enjoyable company in the evenings either in the bar or at nearby restaurants, what isn't there to like about enjoying your time at the GNAM?

"Prize giving has its protocols steeped in the event's history, with many trophies dating back many, many years. Always nice to clap the winners and see the smiles as they receive their trophies or medals.

"I like to think that I can look forward to the GNAM for the next 25 years - it may change a bit, as it has over the last 25 years, but one thing will never change for me, and that is the opportunity to meet old friends and make new ones while having the opportunity to shoot arrows."

So while we mourn the loss of this year's GNAM, we look forward to next year - likely to be one of the greatest archery meetings in living memory! For more updates about archery competitions, keep an eye on our dedicated Covid-19 page. If you'd like to share more of your GNAM memories, get in touch, share your stories and pictures with us @ArcheryGB - Facebook and Twitter.