Have a very archery Christmas!

Clubs around the country are donning their best festive jumpers and hanging up their jolly stockings in order to ring in the festive season. We caught up with a few of them to see how they're celebrating this year. 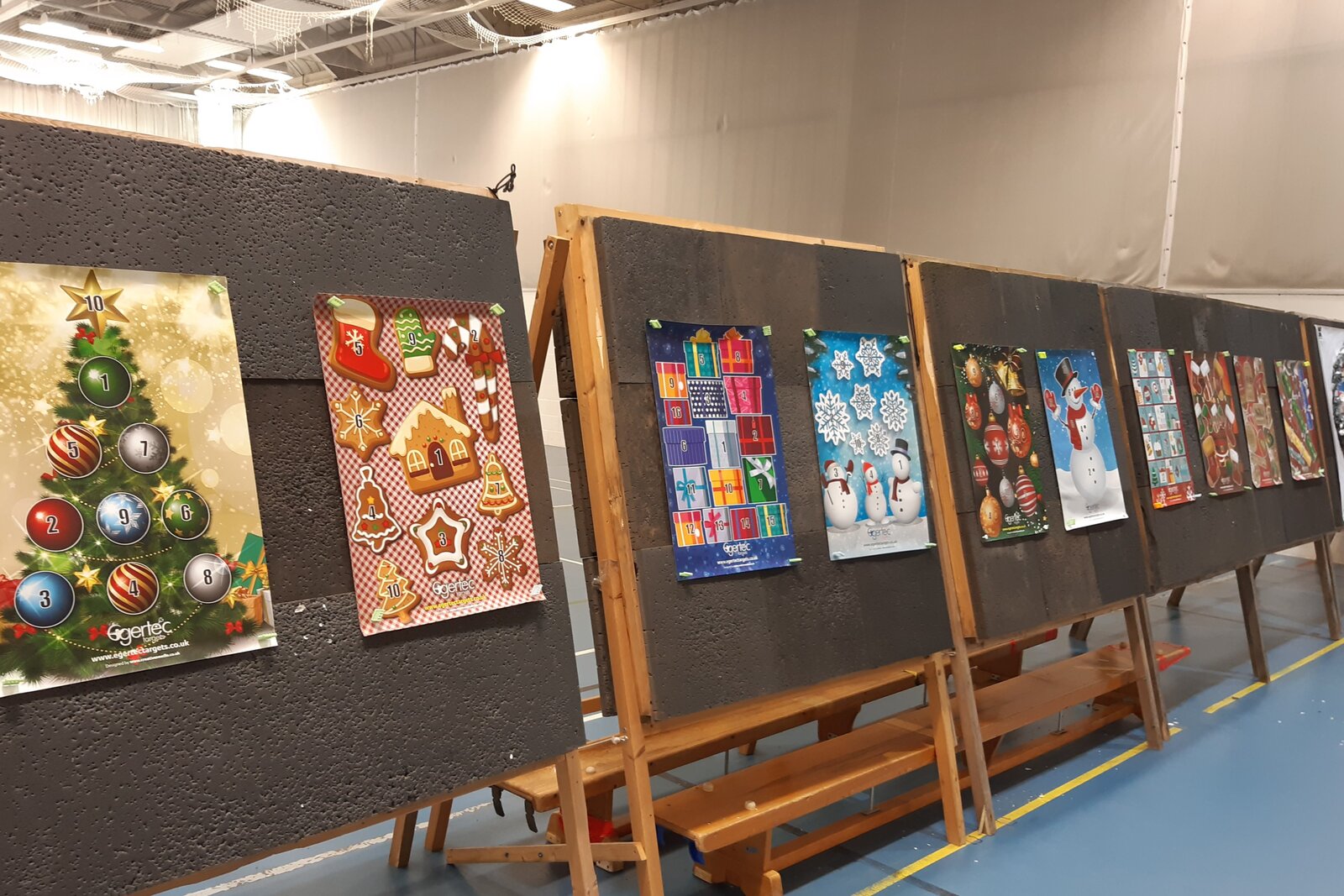 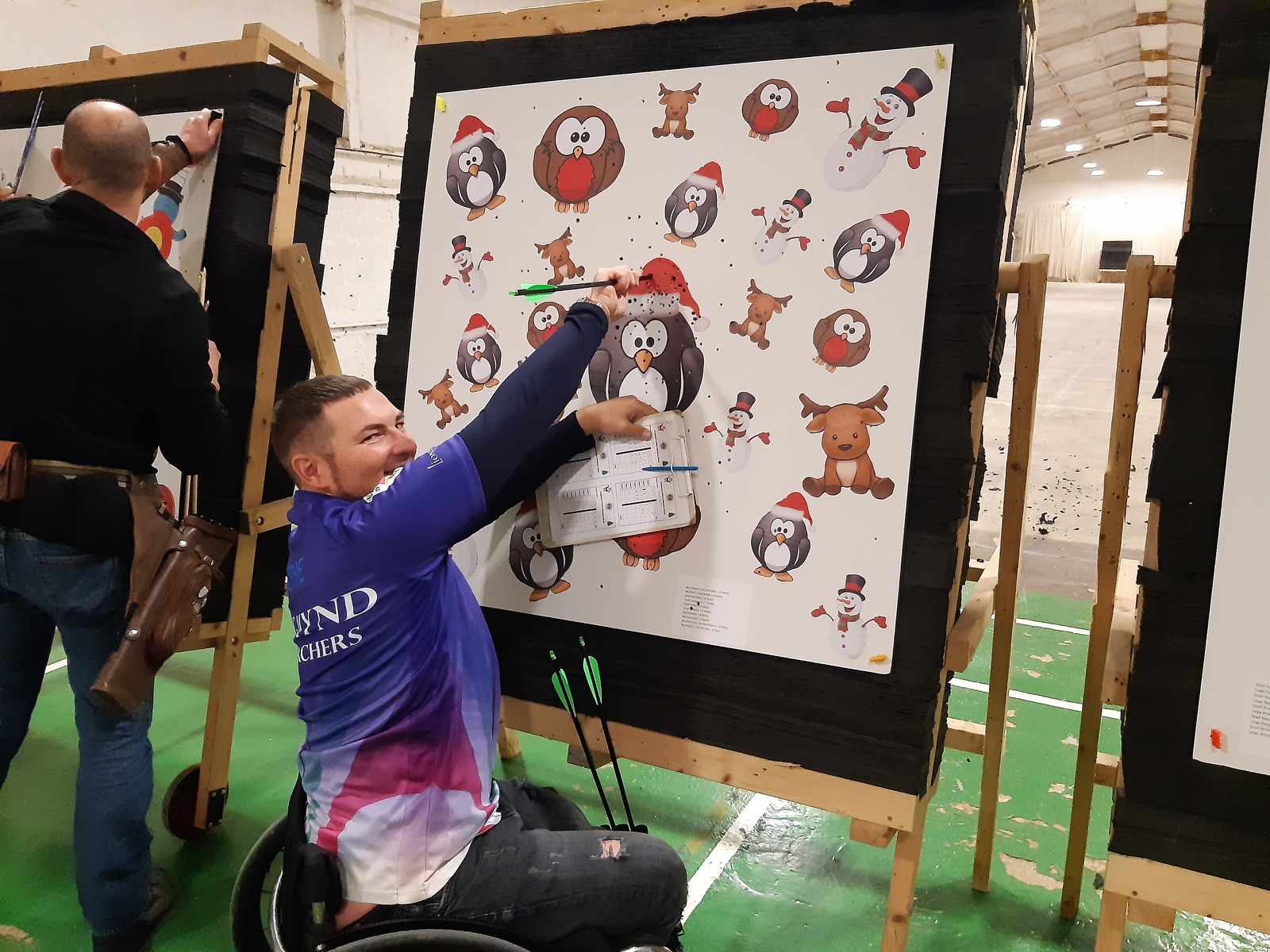 For Long Mynd it was important that their members relaxed and really enjoyed the evening. So, before the festive shoot, a random number was chosen as the winning score and the person who got closest on the night was the winner. This took all the pressure off scoring and allowed people to just enjoy the night.

One of the members said: "Everyone can get involved. No pressure. The best idea was that the top score doesn’t necessarily win! It makes it more enjoyable.”

Club Chair, Nicola, made all the festive targets, and they rounded the event off with a Christmas quiz. 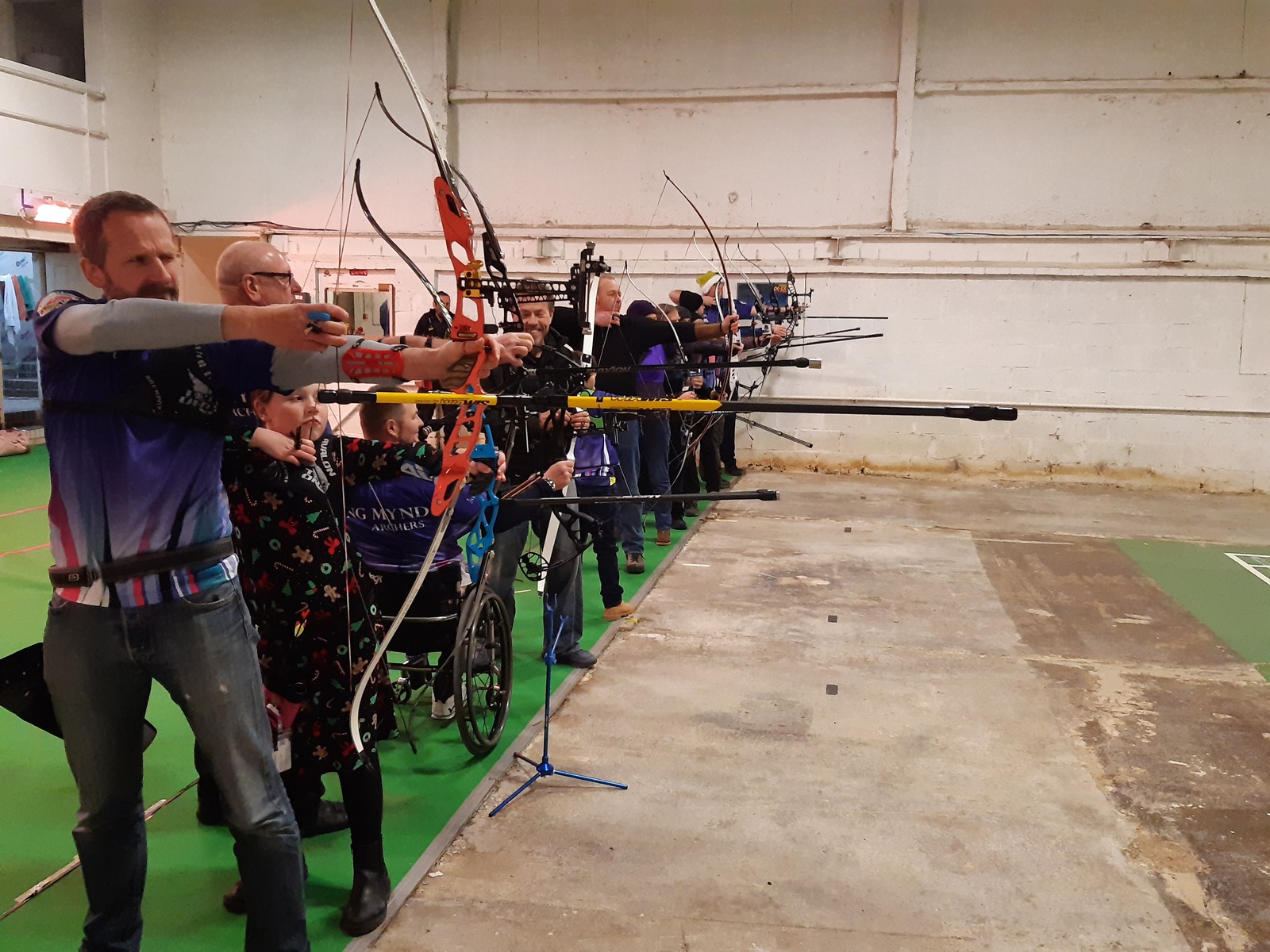 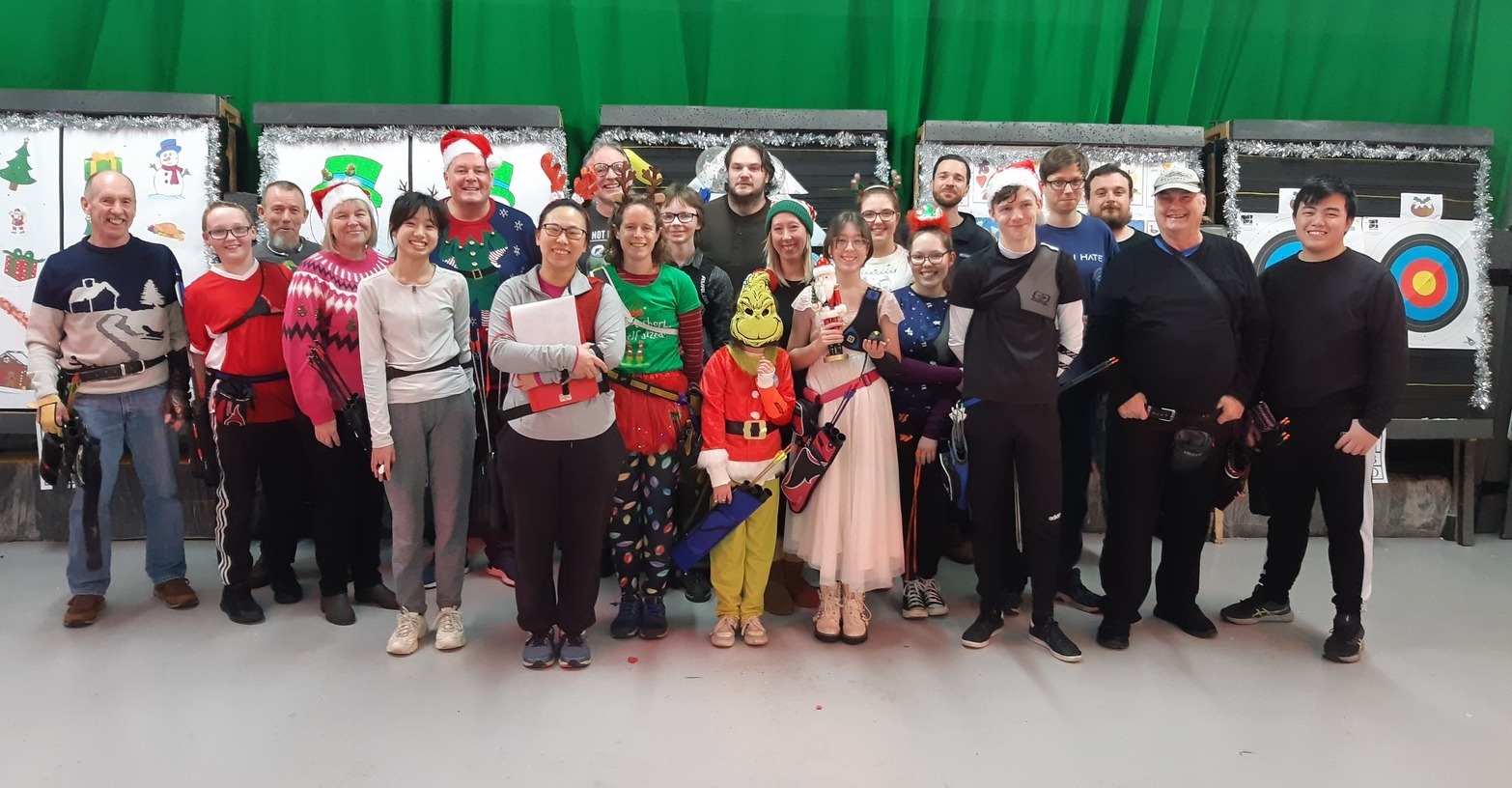 The archers at Redhill went all out this year. Not only was there a bingo round where items were not scored and it was only revealed right at the end what they were worth, but there was a snowman round, a Christmas tree balloon popping round, a 12 days of Christmas round where archers could only put one arrow in each day until they had shot them all, and a ‘bake a cake’ round, where members had to start with red (put the oven on) and added different numbers of different colours to mix the cake, avoiding ‘burning the cake’ (hitting the black) which meant they had to start all over again!

Midlands Development Officer Helen Smedley said "It was such a good opportunity to mix people together of all ages, who might not otherwise shoot together through the week. Juniors and senior archers were helping each other, and forming new friendships, including some new archers recently joined after moving to the UK from Hong Kong." 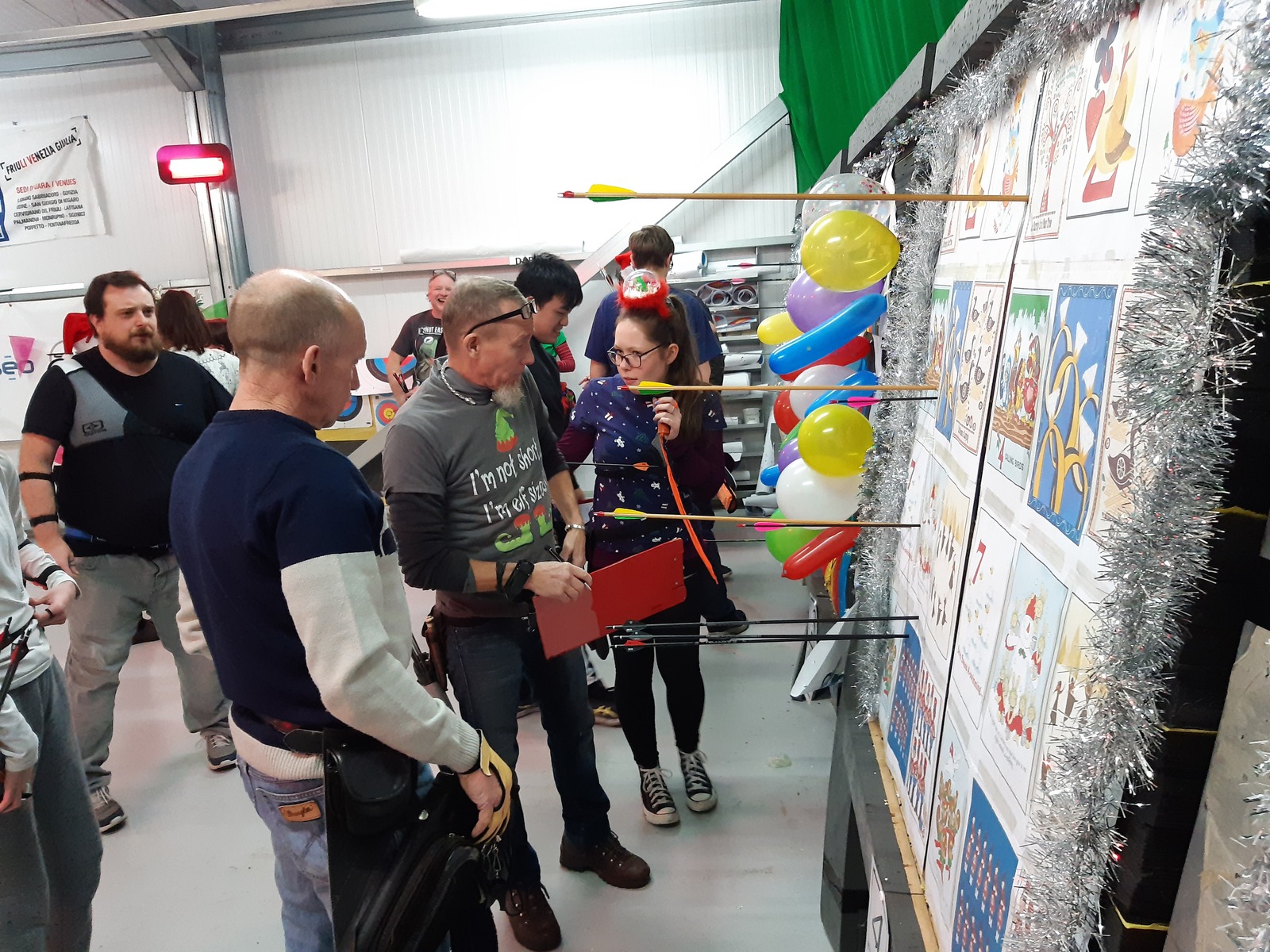 At Harworth Archers, they changed things up a bit with a game of Barebow Connect 4, where members shot for a place on the two competing teams.

As if that wasn't enough, they had a second cash prize game! They put up one suit of playing cards on a boss with each one representing a cash prize between £1 and £10. Everyone took turns to shoot for a card until all were taken.

The evening was topped off with a buffet of foods bought in by all the members.

Attendees to the Warwick Uni Christmas party were heavily encouraged to dress festively for the occasion and decorate their bows in keeping with the Christmas theme. Those attending also had the choice to participate in an optional Secret Santa, where they each brought a gift that costs around £5, which was then given out based on scores from the shoot.

If that's not enough, the shoot itself consisted of various novelty targets, including a Christmas tree with baubles, a classic dart board, Portsmouth targets cut in the shape of snowflakes, and a university-themed monopoly board. 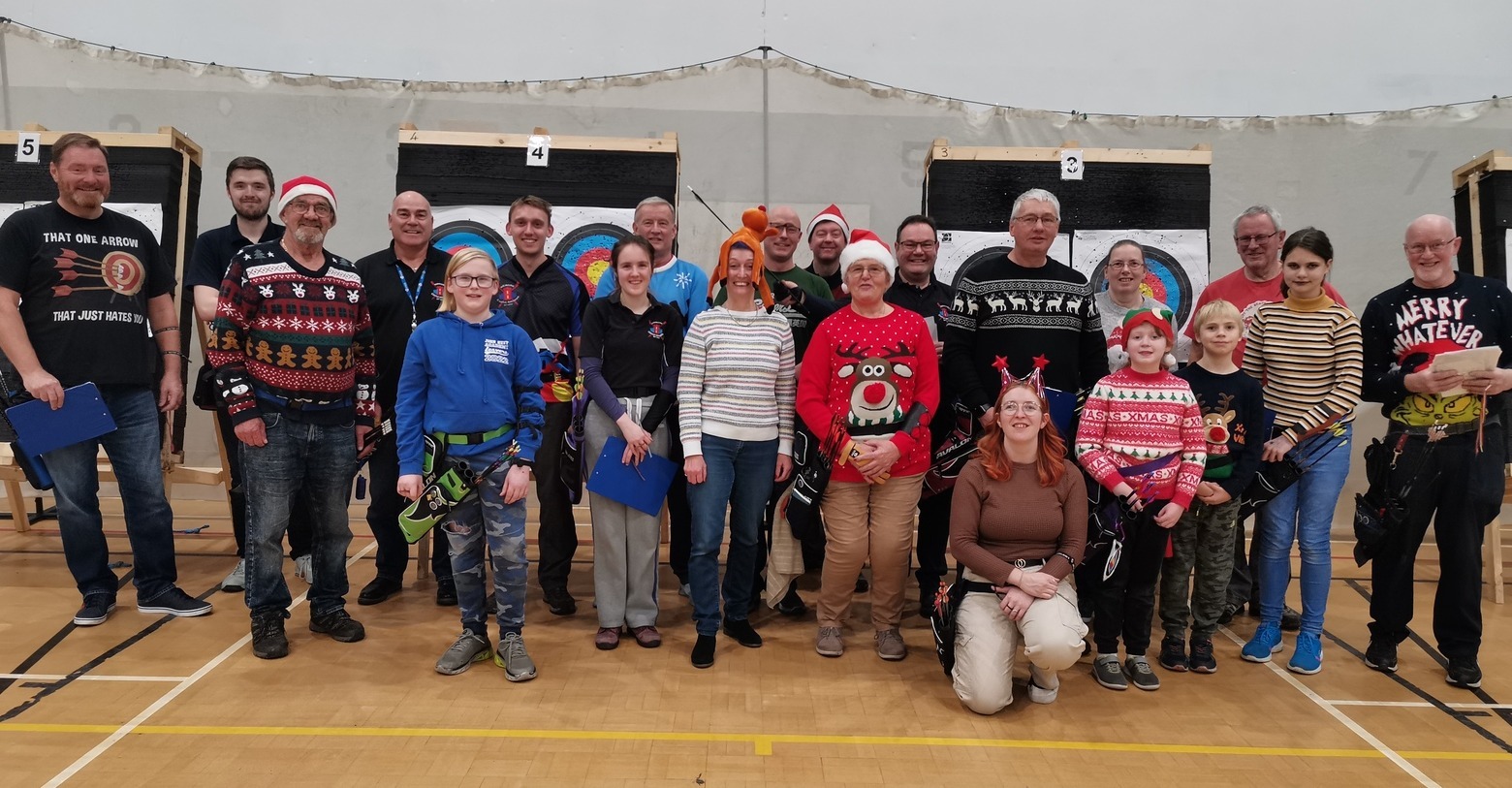 At Newark Castle, they organised a six-round competition where archers had to hit a selection of Christmas themed pictures - 10 points for a centre shot, and 5 points anywhere else on the mini festive targets.

They all chipped in for a buffet, which they feasted upon while the scores were being added up, and once the food was consumed and the numbers tallied, a prize giving ceremony took place where winners were award the only festive prize that counts: chocolate. 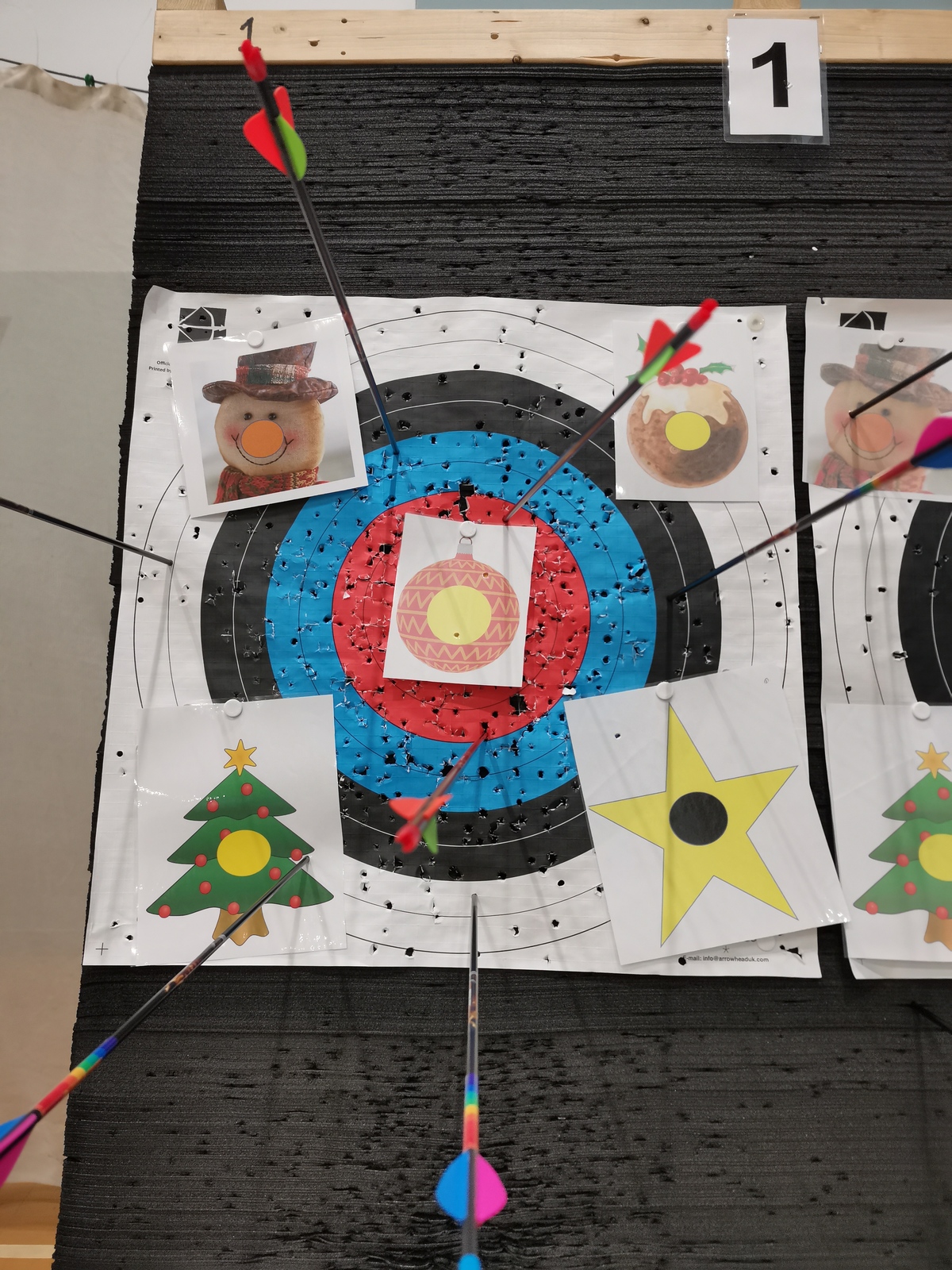 For Audco, festive attire was the norm as members turned out bedecked in their Christmas Best, which was just as well as they awarded a prize for the best Christmas jumper!

Members decided if they wanted to shoot for the highest score, or the lowest, and took turns on each of the fun targets, adding up as they went along.

Once the first round of shooting was done, they partook in a festive buffet, and clapped and cheered while some club awards were presented.

One grandparent said "It's brilliant to see so many people come to celebrate and socialise. The children really get a kick out of these fun shoots and it's good to see them having so much fun." 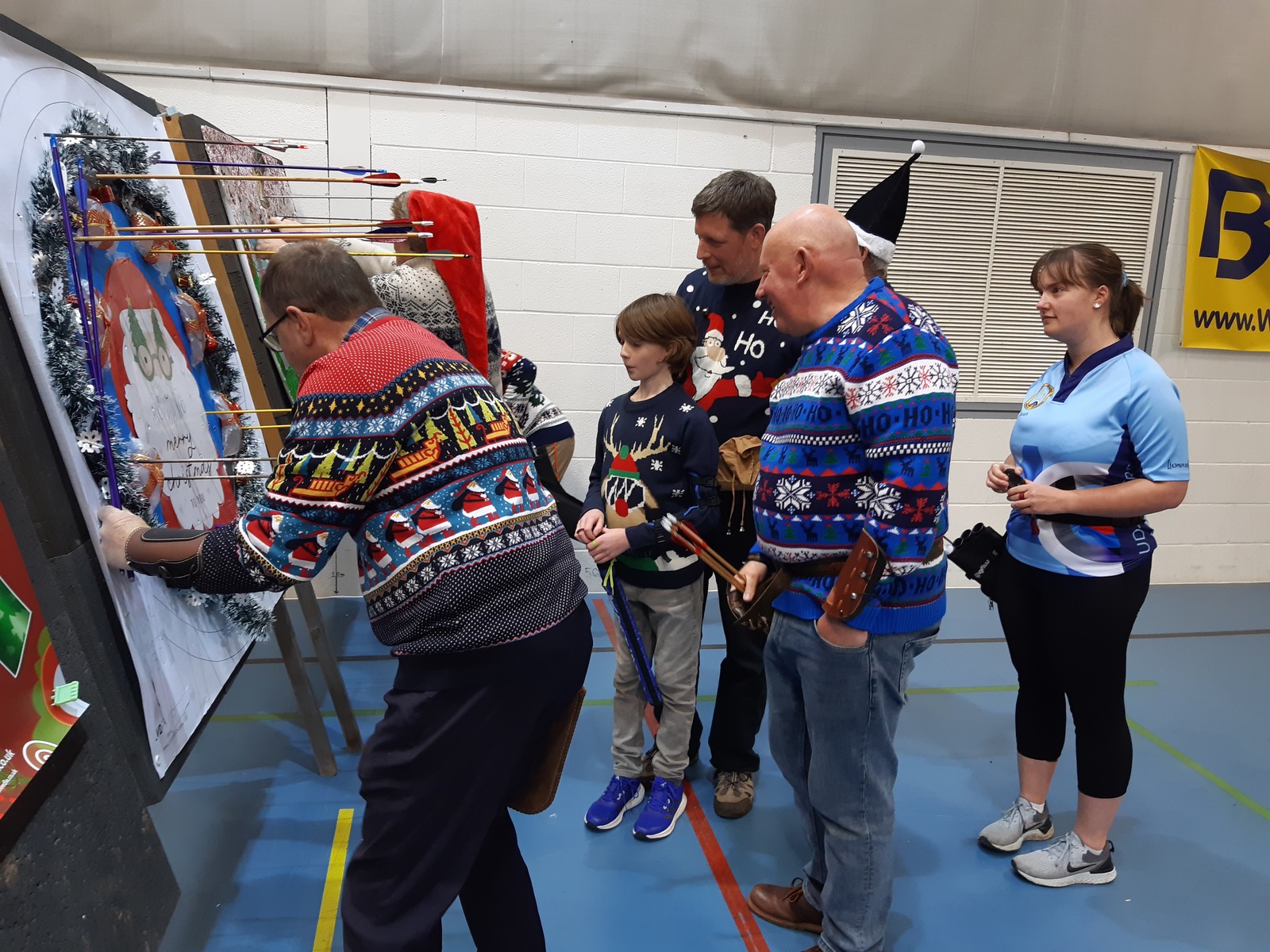 Merry Christmas and a wonderful New Year to all our clubs!