The Grand National Archery Meeting (GNAM) made a triumphant return to Lilleshall, Shropshire on 21-23 August. Organiser Tim Pratt reports on the action. 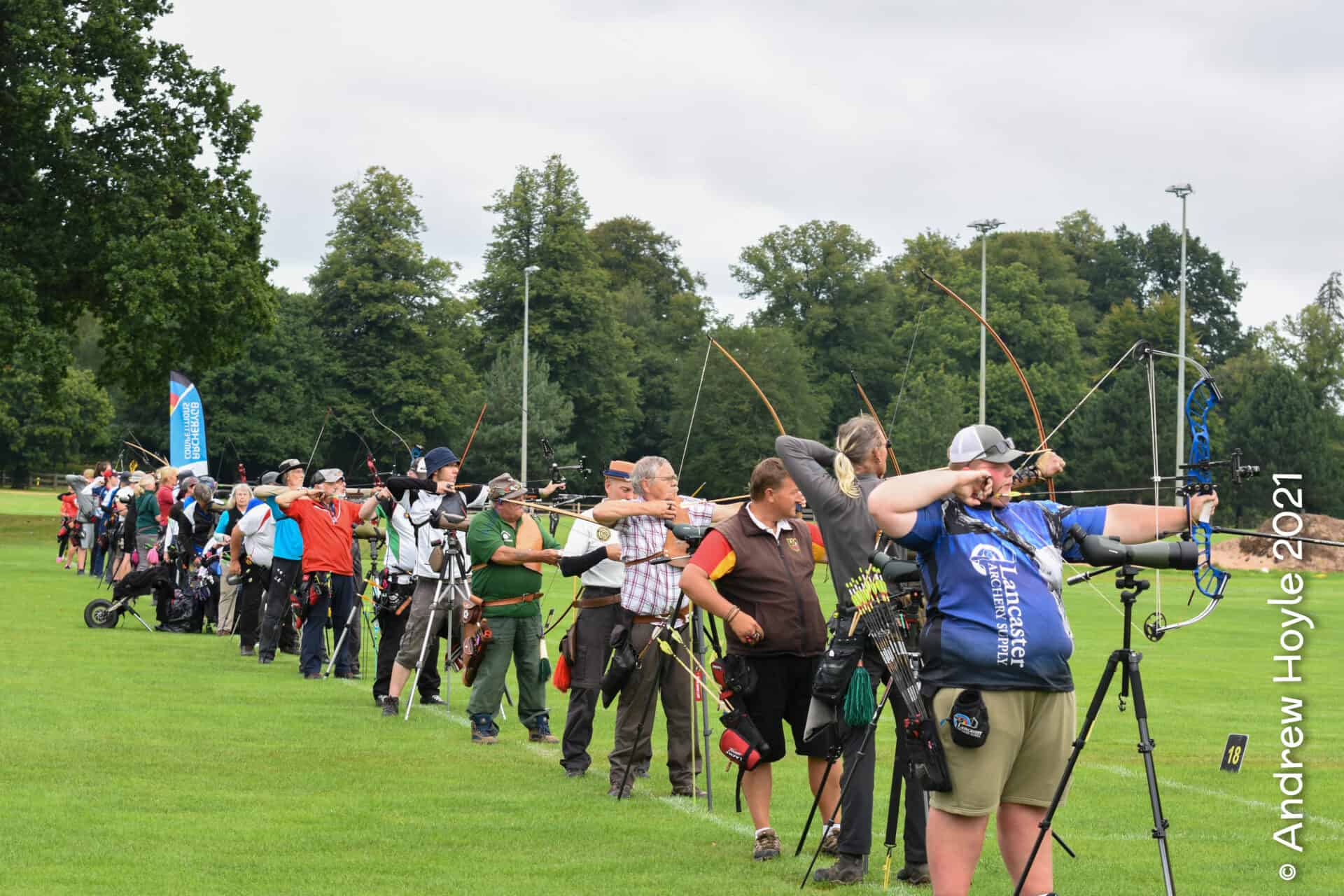 Due to availability at Lilleshall and the relaxation of Covid precautions, GNAM finally returned, albeit on a later date than usual. Changeable summer weather was not all that kind on the Saturday with fairly persistent light rain, but that did not stop the 65 archers enjoying themselves.

For half of the competitors it was their very first GNAM, and as is traditional, were greeted individually at the Saturday assembly, followed by a notable member of the society shooting the first arrow of the meeting from a longbow at 100 yards. This year Patrick Huston was chosen to do the honours.

GNAM is not your average competitive tournament. It is a meeting with like-minded friends, a time to relax, do some shooting and enjoy good company, hopefully also making new friends along the way.

This meeting was leisurely throughout, and even judges Mick Pearce and Dave Harrison were able to enjoy the relaxed atmosphere. Aside from their usual duties, they had the novel task of hosting a quiz on both days, where a new question would be read out each scoring end - although in reality this was a few questions now and again, when Dave remembered or was reminded! Combined with four picture rounds in with the scoresheets, this sparked conversation among competitors and it was great to hear ensuing discussions along the tent line!

The GNAM comprises a Double York or Hereford on the first two days and then a Long National on the third. Rounds were increased this year to include the Bristol and other national rounds to try and promote attendance, and also opened the door to break some UK records for rounds not always shot. And records did fall, with the most publicised being Patrick Huston breaking the long-standing Double York, bringing the new record to 2420. Patrick also broke the Long National record on the Monday, and it didn't end there!

In total, 15 records were broken by Rob Twigg, Lindsay Howard, Alfie Ridding and Grace Curran to name a few. However, two other notable records were broken by Sheila Hudson and her longbow: the Double York and New National, which means that Sheila now holds every UK record for a female longbow archer. As well as records, there were three pages of Rose awards claimed as well as a six gold end badge. Well done to you all!

So we bid farewell to the 166th GNAM and look forward to seeing everyone again in 2022. As the saying goes, bring a friend or two!

Thanks to Tim Pratt for the article and Andrew Hoyle for the photos.