This weekend will see Nathan Maqueen and Jessica Stretton shoot for bronze in the compound mixed team medal match at the second stage of the World Archery Hyundai World Cup. 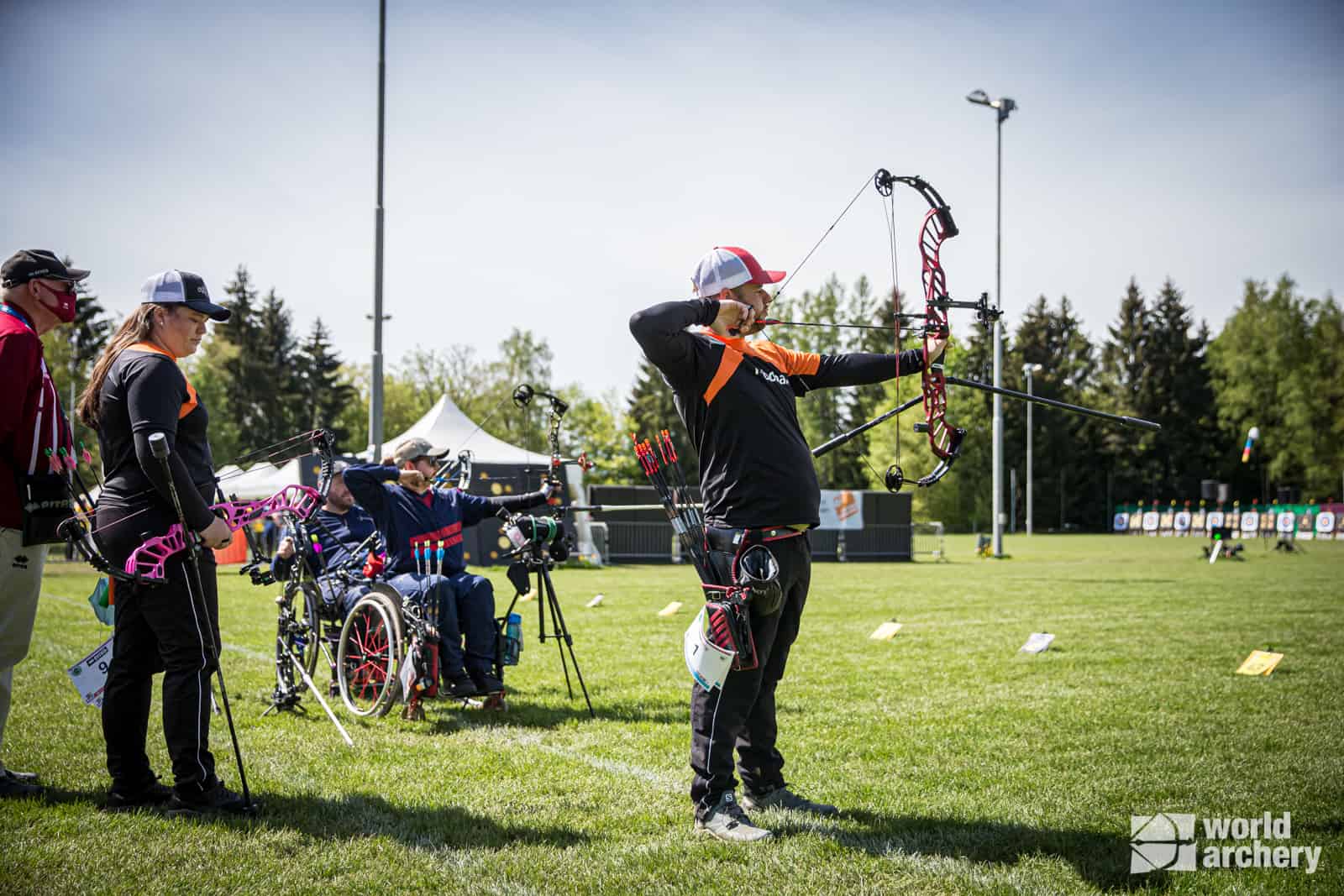 After a long week at the World Archery Hyundai World Cup in Lausanne, the finals and medal matches are here. Here is a quick rundown of how to watch this weekend.

The compound mixed team, which was originally Ella Gibson and James Mason qualified first with 1415 points, which is a European mixed team record. However, as this is one of the last international events prior to the Paralympic Games, Nathan Macqueen and Jessica Stretton will be shooting in the mixed team event.

Jessica said, "I'm really excited about the opportunity to shoot on a finals field again after 15 months". Nathan explained, "It's a really good opportunity for us ahead of Tokyo". Nathan also add that he "wouldn't be able to do it without the aid of Iron Bru - Scotland Forever!".

Where to watch the medal match

After the mixed compound team score ranking first after qualification, Nathan and Jessica defeated eighth rank Spain 157-151. Then came up against the Netherlands, who shot 159 to take the win, putting Nathan and Jessica into the bronze medal match.

For full results from the Hyundai World Cup in Lausanne, see here.