A report released this week by GolfSupport.com surveyed 1,422 Brits aged between 25-50 to discover the sports they most miss from PE lessons, as well as the sports they wish they could have done. 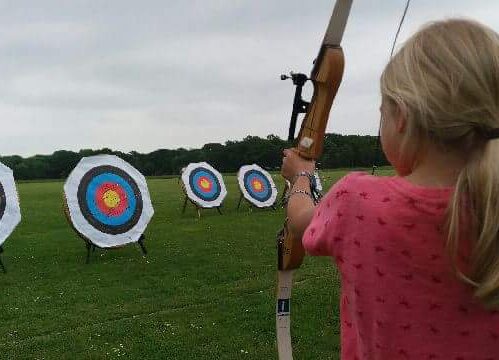 For many of us Physical Education (PE) conjures memories good and not so good, but either way, if given the option now to have an hour or two during the working day to play a fun sport with colleagues, a lot of us would jump at the chance.

Archery (77%) is the sport Brits most wish they could have done during PE. Subsequently, 70% would have loved to practise karate for PE, and in third position, fencing-focused PE classes would have appealed to 68% of Brits. On the other end, 23% would have liked to do pole fitness classes for PE.

GolfSupport.com found that football (72%) is the sport the majority of Brits most miss from PE. Thereafter, 69% miss playing dodgeball from their PE sessions, while 65% feel the same about table tennis. However, tennis (34%) is the sport Brits least miss from PE. Slightly above, 40% fondly remember doing gymnastics in their PE classes.

Additionally, Golfsupport.com asked those surveyed what aspects of PE they most disliked when at school. From this, it was found that most Brits damningly thought the PE sporting equipment/facilities of their school days were inadequate (75%). Thereafter, 68% did not like having different ability' sets for PE.

Interestingly, 59% believe their PE teachers were of poor quality and not motivational enough. On the other end, only 31% thought their PE classes were too long.

You can download the full GolfSupport.com Physical Education 2020 Experience press release below.