Nicky Hunt, along with Naomi Folkard, is part of the Paris 2024 Olympic coaching team. 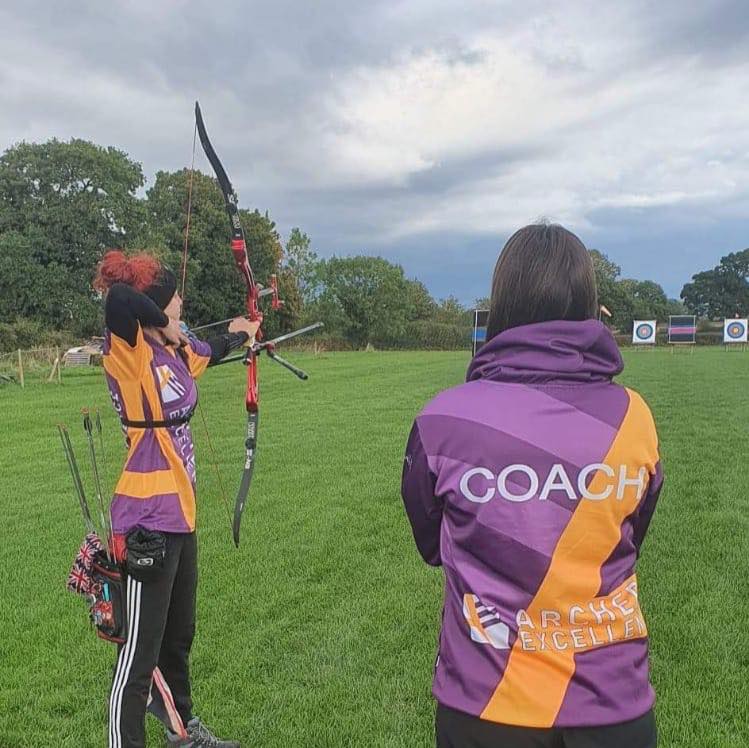 Having had a greatly successful archery career of her own, Nicky Hunt has turned to coaching in recent years. She recently got appointed, along with Naomi Folkard, as one of the Performance Coaches.

Nicky was World Number 1 in compound whilst also having an international career with recurve. Working with pathway youth athletes, and now Performance Coach for the Olympic programme. We caught up with Nicky to find out about her coaching experiences.

How did you get into coaching?

"I competed in archery for over 20 years, with both recurve and compound at international standard. My best achievement was with compound; becoming world number one and winning double gold at the Commonwealth Games in 2010.

During that time I did a little bit of coaching, but when I retired in 2016, the Archery GB Academy was interviewing for coaches so I applied. My background is in physiotherapy, and combined with my experience in archery it was a great starting point.

"I was lucky as an archer to be coached under very different coaches like Lloyd Brown, Songi Woo and Richard Priestman. They are all very different people with different philosophies and technical models which really helped me have a rounded experience as an archer, and many tools in my tool kit as a coach.

"I was very lucky to be mentored by Richard Priestman for the first three years as an academy coach. As I was based at Lilleshall with my archers, we spent thousands of hours with Richard's expertise at hand - he was always so willing to help and share his knowledge."

What does coaching mean to you?

"I see coaching as a holistic role. It's not just about something technical an archer is doing or working on. Sure, technique is really important and what we start with when I take on a new archer but as I get to know the archer better and understand them as a person and what's happening in their world, then I can really have more impact.

"I adore coaching because I feel privileged to have an opportunity to make a difference to someone - from simply seeing them enjoy the sport more, understanding it and getting better groups and results, but also when I am able to be a part of someone's journey.

"I have already coached a number of GB academy archers, and although they all want to get to the Olympics, we know not many people make it. If that archer comes out of archery for whatever reason, my goal is that they have grown as a person, have more resilience and have learnt life skills from sport which they will go on to use in their careers. That's what makes me proud."

What advice do you have to new coaches?

"Be curious! Soak in lots of good' information. There is a lot of information out there now, so you do need to think about where the source of information is coming from. Ask lots of questions, always keep learning. Attend courses, study where you can.

"Be honest with an archer if you are not sure of the answer to their question, and figure it out together. Don't try and blag it because you'll lose their respect. I have a lot to learn - even after more than 25 years in the sport! I'm a big believer that you can learn something from everyone. Most of all - enjoy what you are doing!"

What is your best advice to your athletes?

"Similar to what I have said for coaches really. Be curious! But be careful not to listen to everything everyone says. You need to learn broadly, but you then need to decide on what you're going to stick with. Spend your money on good coaching rather than the latest gadget which will probably not make any difference to your score.

"Set goals and work towards them. Record your data such as arrow volume, and keep a performance journal of what's going well, and what you are working on. Work on your mental game. Be kind to yourself - archery takes time to evolve, it is not a quick' sport to get good at, it's a skill sport which takes thousands of hours of purposeful practice. It is not a linear journey where effort = results.

"There will be bumps in the road, and these bumps are really important! Make mistakes, learn and grow. If you're not making mistakes you're not giving yourself the freedom it takes to get there. One of my favourite sayings is win or learn'. The most important thing is to enjoy it!"