At the Nîmes stage of the 2023 World Indoor Series, GBR's Penny Healey takes the bronze medal. 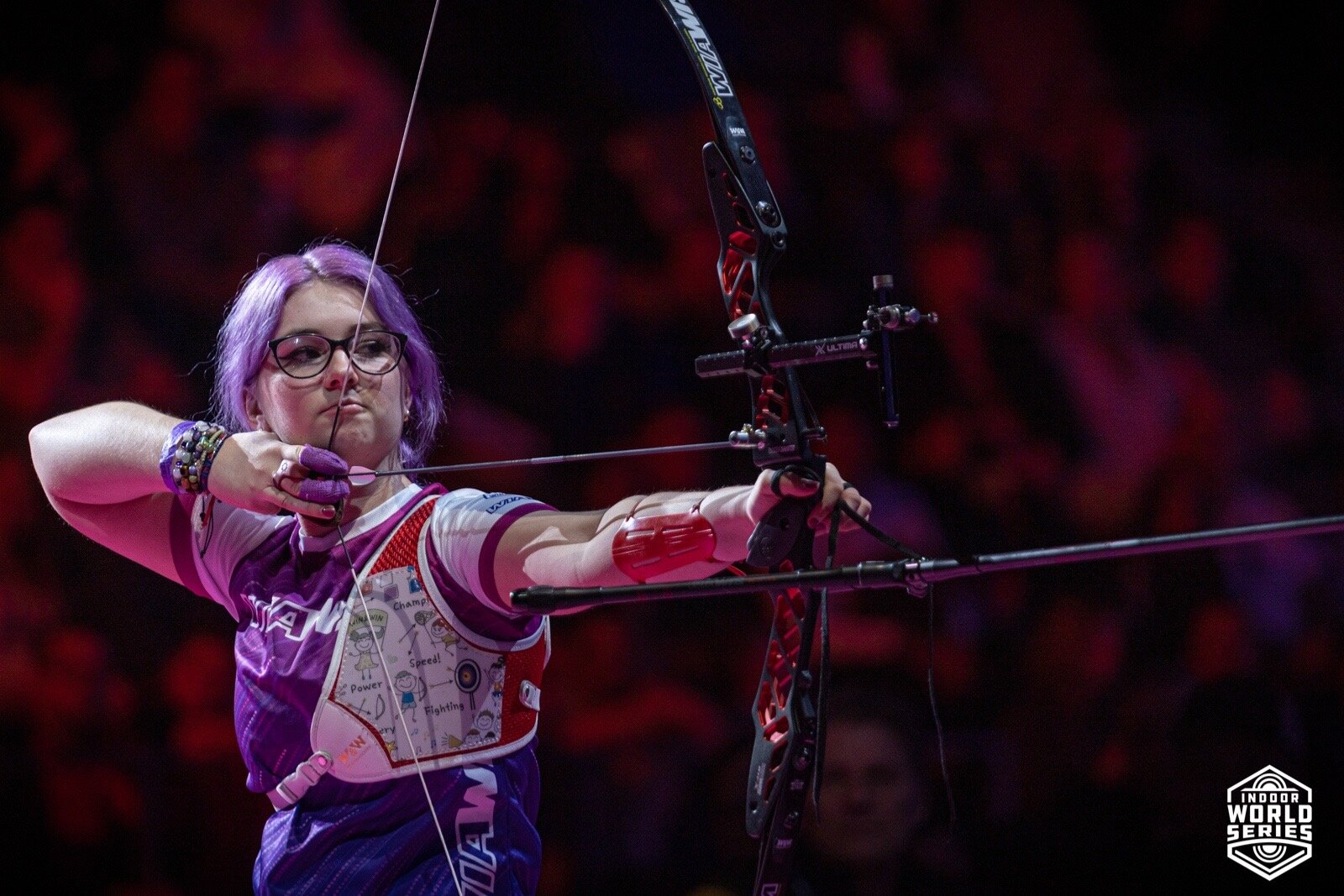 The Nîmes stage of the Indoor World Series held in the Parnasse Hall was set in its usual, impressive grandeur.

Penny Healey, the now 15th world ranked, continued her indoor target success. The King of Archery silver medalist completed her qualification here in Nîmes in 1st place with a 587.

"My goals were to come away with a top three placing, and I have. I finished with third. Qualifying went all right, there was definitely more in the pot for me. I could've had a 590, but they were all only just out. Can't really complain about ranking first as well," Penny said.

She won her first match 6-0, and then her second match 6-2. In the quarter finals, she faced Madison Scheppers from France, winning that match 7-3. The semi-finals against Germany’s Katharina Bauer went all the way to a shoot off, but sadly an 8 from Penny wasn’t enough to beat her opponent’s 10, sending her into the bronze final.

Fighting Penny for the bronze medal in the live final was Germany’s Michelle Kroppen, who seeded in 3rd with 584. Both women opened the match strong with 29s, giving them each 1 set point. Penny followed this with a perfect 30 to take the points to 3-1. Another drawn end with 29s saw the match go to 4-2 in Penny's favour. Michelle responded with a 29 to Penny’s 26 to bring the match all square at 4-4. In the deciding end, Penny’s 29 earned her the 6-4 win and the bronze medal.

"I definitely felt some kind of pressure as I wanted to start the year off with a win, and in Vegas I won as well. It would've been nice to have started off with a win, but I didn't. I dealt with that by Bryony [Pitman] helping me out. She gave me a lot of advice, as well as other people, which helped me a lot."

Penny won't be attending Vegas this year, however she will be getting back to 70 metre training.

"This win is going to help with my confidence going into the rest of the year. I'm feeling pretty confident at 70 metre as it is, and I've been practicing more at that than 18 metres." 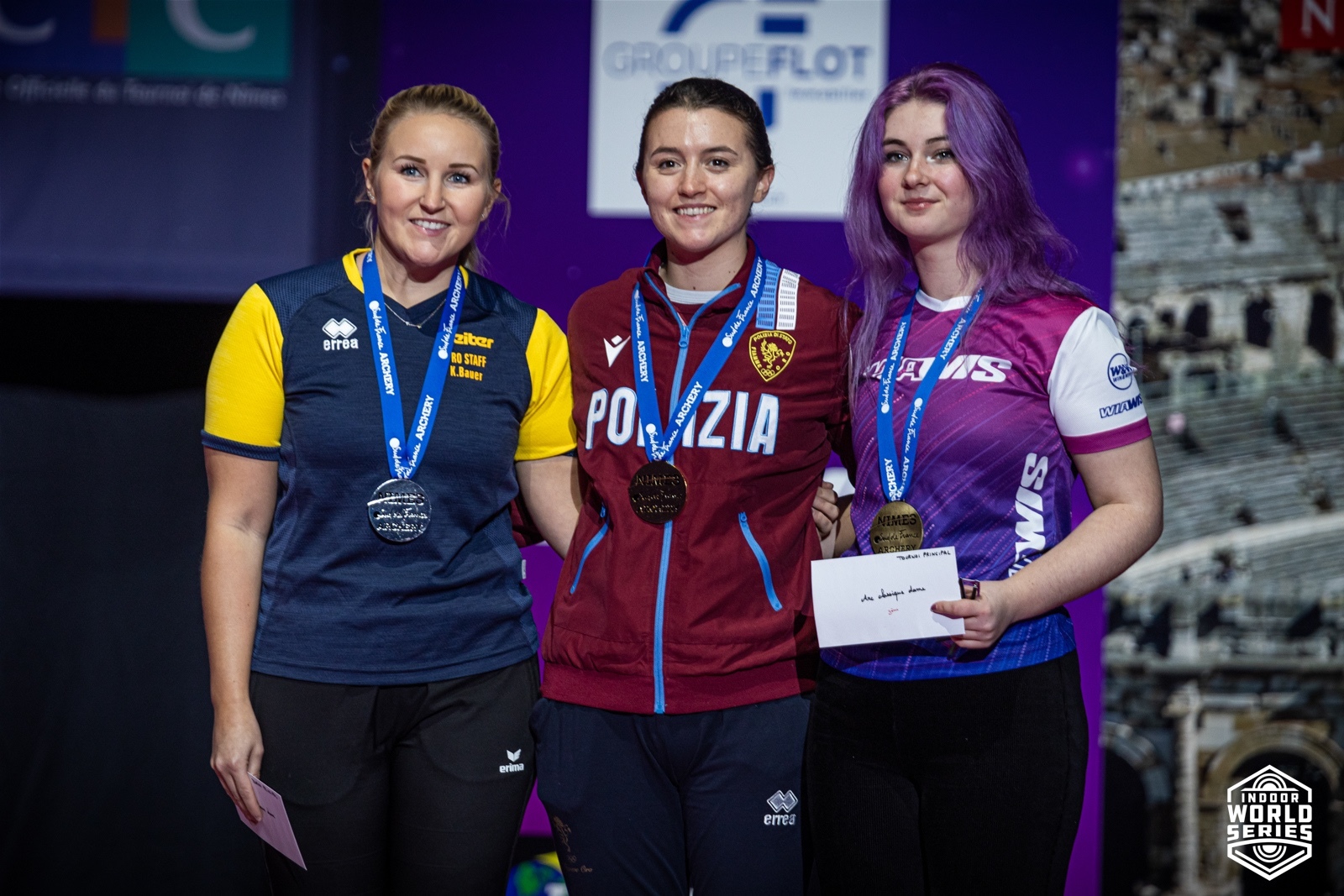