Reasons to become an archery judge

Excited at the prospect of returning to archery competitions? Organisers and judges are too! Recently-retired international archery judges Derrick Lovell MBE (pictured above) and Neil Dimmock share their experiences of officiating at archery events around the world. 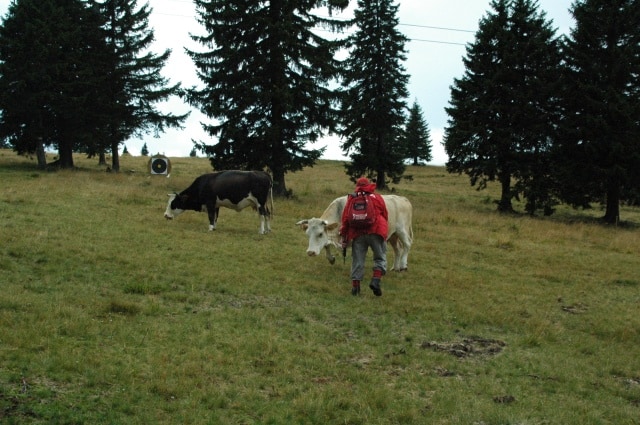 My career in judging started in 1976. Whilst running a 72 target FITA Star tournament as the County Organiser, I was approached by the judges present who came to me and said, 'You obviously know your rules so why don't you think about becoming a judge?'

I contacted the Regional Judge Liaison Officer (JLO) who furnished me with all the information I needed. You can find all the details you need on the AGB Judges webpage.

I began working my way through County, Regional and National for both target and field, during which time I became the JLO for the Region and was elected to a position on the National Judges Committee in 1987-2015. In those days, to become a National Judge took 12 years, and then you had to wait a further two years before applying to become an International Judge, which I did in 1993.

My greatest achievement was to be appointed as the CoJ for the Sydney Olympics 2000. I then travelled the world until 2009 when I had to retire from the international judging through age limit, my final tournament being The World Games in Kaoshiung. Through archery, I was also awarded an MBE, which I am very proud to have received.

Tips from the top

The main thing one has to remember is to keep up with all the rule changes and also know the intention behind those rules. Always apply them in a calm and friendly manner and ensure you are fair to all. Give guidance and help to athletes when they need it, and always try to protect their score.

You never stop learning until the day you retire which I did in January this year after 45 years of the most enjoyable time in my life.  A final piece of advice is to never be afraid to admit when you are wrong.

[caption id="attachment_26233" align="alignnone" width="300"] Some of the challenges judges can face at field tournaments![/caption]

Up for a challenge? Here's why becoming an archery judge might be right for you

I started my membership of the GNAS 48 years ago. Prompted and cajoled by clubmates, I tried tournament shooting and was hooked.  Always anxious to put back into anything that I enjoyed, an idea came to me following an incident in my first year. It was announced, at assembly, that the appointed judge had fallen ill the previous day, but they had, luckily, found a replacement otherwise the shoot would be cancelled. Bright idea! If I became a judge, I would be available if a similar situation occurred in the future. I approached two judges, Ken Potts, and Cecil Rhodes, who mentored me and got me started. As I progressed up the ladder, Ken Arton was wonderful. Finally, I met Don Lovo, Morten Willman, and Sergio Font, at international level, who applied the final polish - but you are always learning.

I have judged in all continents except Africa and South America. I can look back at being Director of Shooting at the Beijing Paralympics, Chairman at the first FITA (now WA) 3D World Championship, and Chairman at several IPC World Championships. I was also asked, by World Archery, to write the Director of Shooting section for the World Judges Handbook.

Being the link between the organiser and the competitors presents a challenge to help provide an enjoyable event, fair to all and an experience for all to remember favourably.

Tips from the top

A judge should be patient and keep himself up to date with the rule book and the current interpretations of the rules. Consistency between judges is important as archers are quick to spot variations. A judge should be protective and NOT punitive. Protection of an archer's score is paramount. A schoolmasterly attitude is not favoured and will soon result in lack of activity. In my busiest period, I was reporting more than 60 judging days per year.

The most enjoyable time is at that club shoot organised for local archers. You can join in with the spirit and help to give everyone a good day out, but it can be the most testing, incident-wise, which is great preparation for larger events.

Want to be an archery judge?

If you want to give it a try, contact your Regional Judge Liaison Officer who will guide you down the path. And don't be afraid to ask any judge you meet for more information - they will be only too willing to help. See Archery GB's guide to becoming an archery judge here.