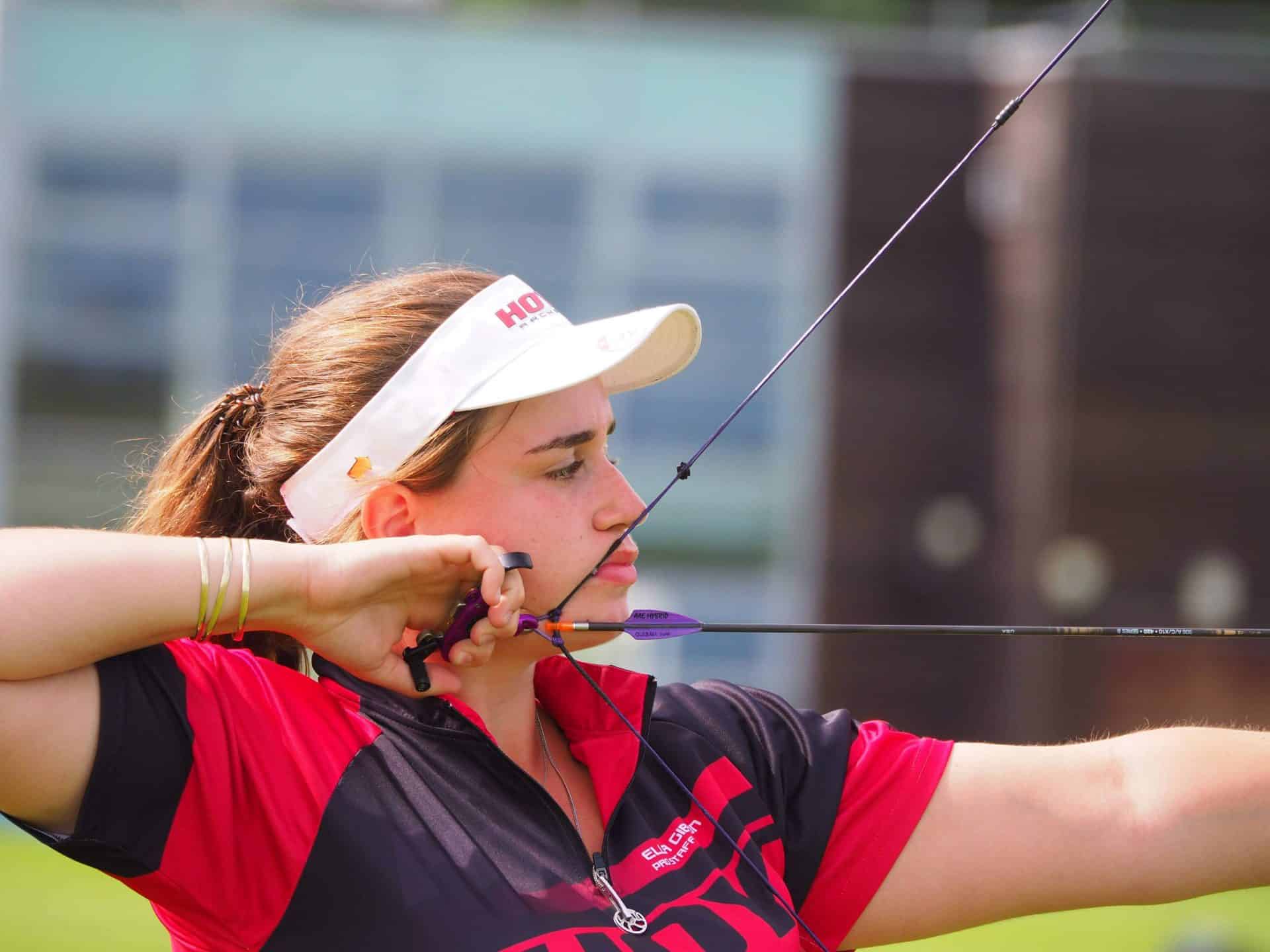 The first day of the National Tour, Stage 2, gifted almost ideal weather conditions for the recurve qualification round and head to head, with only a few showers of rain. After the 72 arrow qualifying, Stevie Kent topped the men's category with 663 and Jaspreet Sagoo for the women with 630.

When it came to the head to head rounds, the four men going into the semi-finals were Jacob Reid, Roger Castillo-Alquezar, Charlie Medhurst, and Keith Harding. The first pairing was won 6-2 by Reid over Hedhurst, however, the second semi-final match posed more of a challenge as Harding and Castillo-Alquezar fought it out all the way to a shoot-off.

Both archers shot a ten to finish, but it was Castillo-Alquezar's arrow that tipped the scales in his favour. In the bronze final, Harding experienced a consecutive one arrow shoot-off, this time against Medhurst. Once again, both athletes shot a ten, and this time Harding's ten was closer to the centre winning him the bronze match.

The final four for the recurve women were Louisa Piper, Jaspreet Sagoo, Eleanor Brug, and Penny Healey. In the semi-finals, Sagoo only let one point slip to her opponent Brug winning the match 7-1, and the victor of the second semi-finals was Piper over Brug with 6-2 points.

In the bronze final, Healey dominated the match scoring six straight points to earn herself third place. The gold final saw yet another one arrow shoot-off between Sagoo and Piper, but unfortunately, Sagoo's 7 was not enough to win her the gold against Piper who shot a 9.

To cap off the weekend, Sunday brought some tricky conditions for the compound archers with gusty winds which increased for the start of the head to heads. The qualifying round saw Croatian, Domagoj Buden, top the men with a 707. For the women, it was Ella Gibson with 689.

After four rounds of head to heads, the final four were Domagoj Buden, Adam Ravenscroft, James Mason, and Adam Carpenter. The first semi-final match was between Buden and Mason. Buden only dropped one point to give him a 149 to Mason's 140. Between Ravenscroft and Carpenter, Ravenscroft finished the match with a four-point lead, 148-144, sending him to the gold final.

In the bronze medal match, it all came down to the last end. It was Mason who managed to gain one point over Carpenter, 145-144, to earn himself third place. Buden and Ravenscroft had an equally close match. But just like Mason Buden was able to shoot that extra point to put himself above Ravenscroft to get the gold, finishing 146-145.

On the women's side, the top four were Ella Gibson, Layla Annison, Susan Corless, and myself. In the first of the semi-finals, Gibson and Corless were closely matched. But it was Gibson who managed to shoot two points higher, 141-139. For myself and Annison's semi-final, Annison went into the last end with a two-point lead. However, I was able to bring the match to a shoot-off. We each shot a ten apiece. Annison's arrow was nearer the centre to send her to the gold final.

In the bronze medal match, I shot against Corless. I was able to finish the match with a four-point lead, 144-140. Going for the gold, Annison and Gibson both shot a 30 in the final end. This took it to yet another shoot-off. Unfortunately for Annison, her 9 was not enough to beat Gibson's 10 for the compound women title.

Thank you as always to our amazing sponsors;