The team competition at the 2019 Youth Festival reached a head today with intense rivalries and stunning performances. 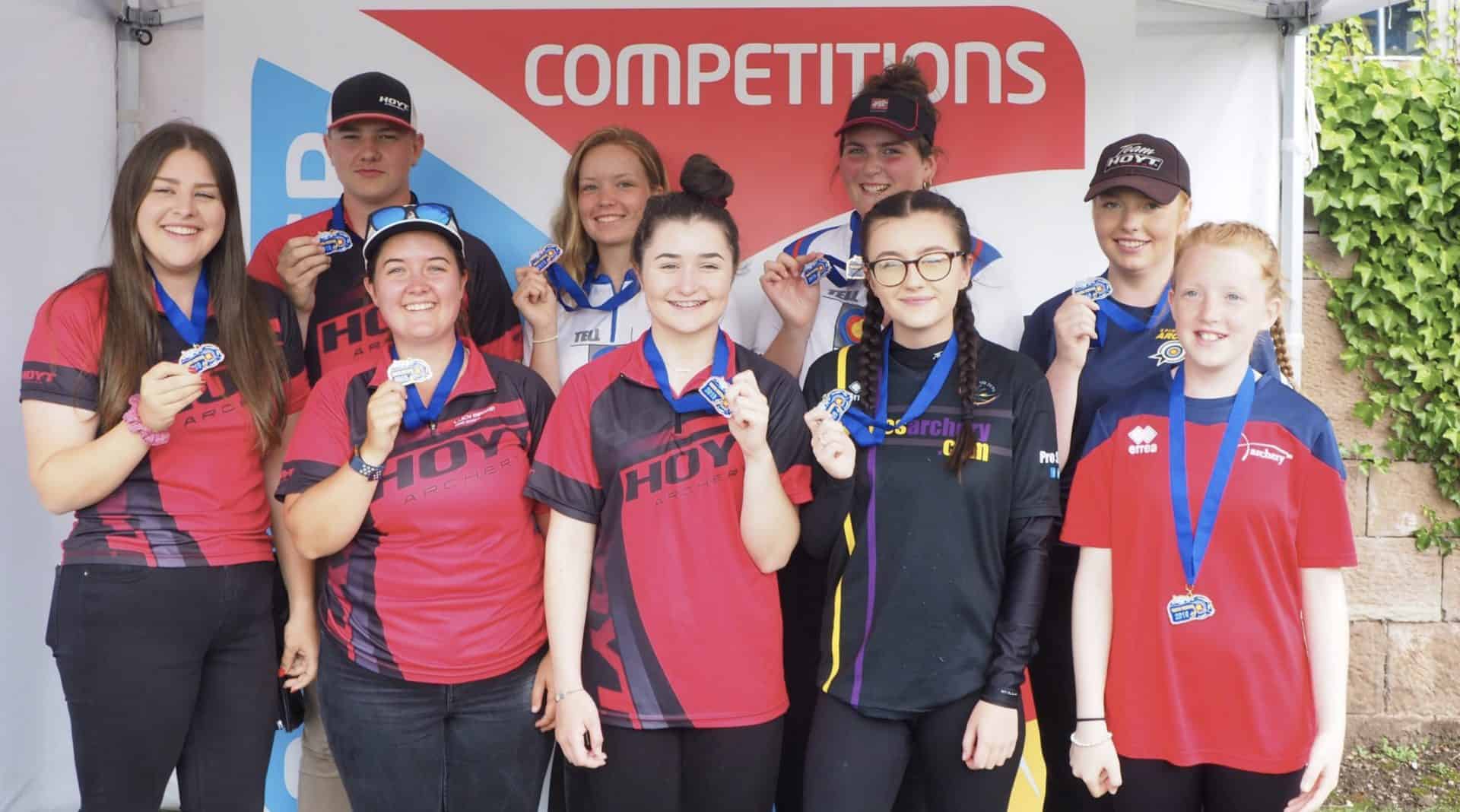 Juniors Szymon Mickiewicz, Thomas Oakley and Kavin Premaratne took the name Penelope Pitstop in a competition where teams were named after cartoon and fictional characters - and they got off to a speedy start. They took pole position and beat Sam Hamon, Jacob Reid and George Wall of team Woody Woodpecker 6-2 in the semi-final. They faced team Mutley - Matthew Cotillard, Hayden Ledwick and Maxwell O'Keeffe - in the gold medal match. They were in unstoppable form, seeing off Oisin Pfetzing Donnellan, Alex Rowe and Matthew Vaughan (Dastardly) 5-1 in the semis and winning 6-2 to take the title. Team Dastardly beat Woody Woodpecker to bronze.

Cubs Jonathan Ralston, Randhir Sanaratne and Hayden White (Michelangelo) beat Archie Bromley, Maxwell Oakley and Oscar Reilly (Raphael) 6-0 for a chance to take on Yusuf Ali, Jack Doherty and Ravin Premaratne (Donatello) in the gold medal match. And it was worth all the effort when they won 5-1. Raphael took bronze.

In the mixed team competitions, juniors Hannah Rowley and Thomas Oakley beat Rhian Costall and Jacob Reid in a shoot-off and Hannah Evans and Oisin Pfetzing Donnellan 6-2 to earn a place in the gold medal match. There they faced Ruby Paul and Kavin Premaratne who had defeated Nicole Burdett and Danny McLaren 5-3 and Rachel Moon and Hayden Ledwick 6-2. It was close but Hannah and Thomas eventually claimed the title with a 5-3 win. Hannah and Oisin beat Rachel and Hayden to third place.

Georgia Green and George Wall took the Tier 2 honours after beating Megan Bryer and Sam Hamon in a shoot-off, Alice Harding and Szymon Mickiewicz 6-2 and Jessica Hulse and Matthew Cotillard 6-2 in the final. Jessica and Matthew had defeated Leah Bannister and Abbie Dawson and Heather Hughes and Alex Massey to earn their shot. The bronze went to Alice and Szymon.

Cadets Imogen Newby and James Woodgate defeated Shaimaa Abdelhalim and Luke Tassie 5-1, Thea Rogers and William Thomson 6-2, and Shauna Punjabi and Cillian Reid 6-2 to earn a place in the Tier 1 title match. They faced Penny Healey and Oliver Buckingham who had seen off Thea Fogarty and Thomas Susca in a shoot-off, Megan Costall and Cameron Radigan 6-0 and Isabelle Haslam and Daniel Thompson 6-2. It was hard fought but Imogen and James battled to a 5-1 victory and Shauna and Cillian claimed bronze with a 5-1 win over Isabelle and Daniel.

Jannah Khaled and Henry Yuen started as they meant to go on in the Tier 2 competition. They beat Orlagh Marley and Stephen O'Connor 6-2, Mirran Yule and Andrew Lock 6-2 and Helen McCormick and Ben Weston 6-0 to land a place in the title decider. They faced Katy Westwood and Luke Wheeler who had beaten Ella Clampin and Niall Costigan and Saskia Meyrick and Robbie Gillman in shoot-offs and Katie Tonkinson and Will Oakes 6-2. But Jannah and Henry seized the advantage in the final and held on to win 6-2. Katie and Will took bronze.

Cubs Sophie Roberts and Jonathan Ralston beat Harriet Crook and Ravin Premaratne 6-0 and Samantha Roberts and Oscar Reilly 5-1. Their reward? A place in the mixed team gold medal match. They faced Katie Mundy-Gill and Yusuf Ali who had seen off Lucy Coutts and Randhir Senaratne 5-1 and Meghan Robertson and Hayden White in a shoot-off. It proved good preparation because the final went to a shoot-off too - and Katie and Yusuf edged it to take the gold. The bronze medal went to Meghan and Hayden.

In the women's youth category, top seeds Robyn Geddes, Lucy Mason and Lara Saunderson of team Statler defeated Grace chappell, Ella Gibson and Patience Wood (team Rapunzel) 220-191 and Layla and Anya Annison and Sophie Meyrick (Pepe) 220-126 to set up a showdown with Hallie and Sophia Boulton and Page Jones of team Dory. They had seen off Holly Clifford, Matilda Craven and Jessica Pollitt (Rizzo) 212-205 and Jenny Bryan, Isabelle Carpenter and Rosemary Preece (Rowlf) 219-211 - and missed out on the title by a single point. Rowlf took bronze.

In the Tier 1 mixed team competition, Paige Jones and Adam Carpenter beat top seeds Layla Annison and Rogan Cunningham 153-147, Hallie Boulton and Kai Thomas-Prause 147-143 and Holly Clifford and Matthew Wong 149-146 to reach the gold medal match. Their opponents were Robyn Geddes and Louis Perkins who saw off Jenny Bryan and Archie Crawford 150-149, Isabelle Carpenter and Dillon Crow 152-147 and Ella Gibson and Liam Wright 149-148 but missed out on the title, losing 139-145. Holly and Matthew beat Ella and Liam to bronze by a single point.

There was shoot-off drama in the Tier 2 title match. Top seeds Holly Hunter and William Thornton beat Patience Wood and Bob Pinder 133-118 and Isabella Bruguier and Stuart McCullough 135-124 to stake their claim. They faced Anya Annison and Michael Wood who had swept past Jessica Pollitt and Alfie Ridding 132-118 and Rosemary Preece and Alex Parker 142-138. Both teams finished the gold medal match on 133 points, forcing the decider. Holly and William shot 17 - but Anya and Michael went one better to take the title. Rosemary and Alex took bronze with a 128-111 win over Isabella and Stuart.

The individual finals are being held tomorrow. Follow the results here and updates on: