The final day of competition has concluded at the 2022 World Archery Field Championships in Yankton, South Dakota, and the GB athletes are bringing home their fair share of individual medals. 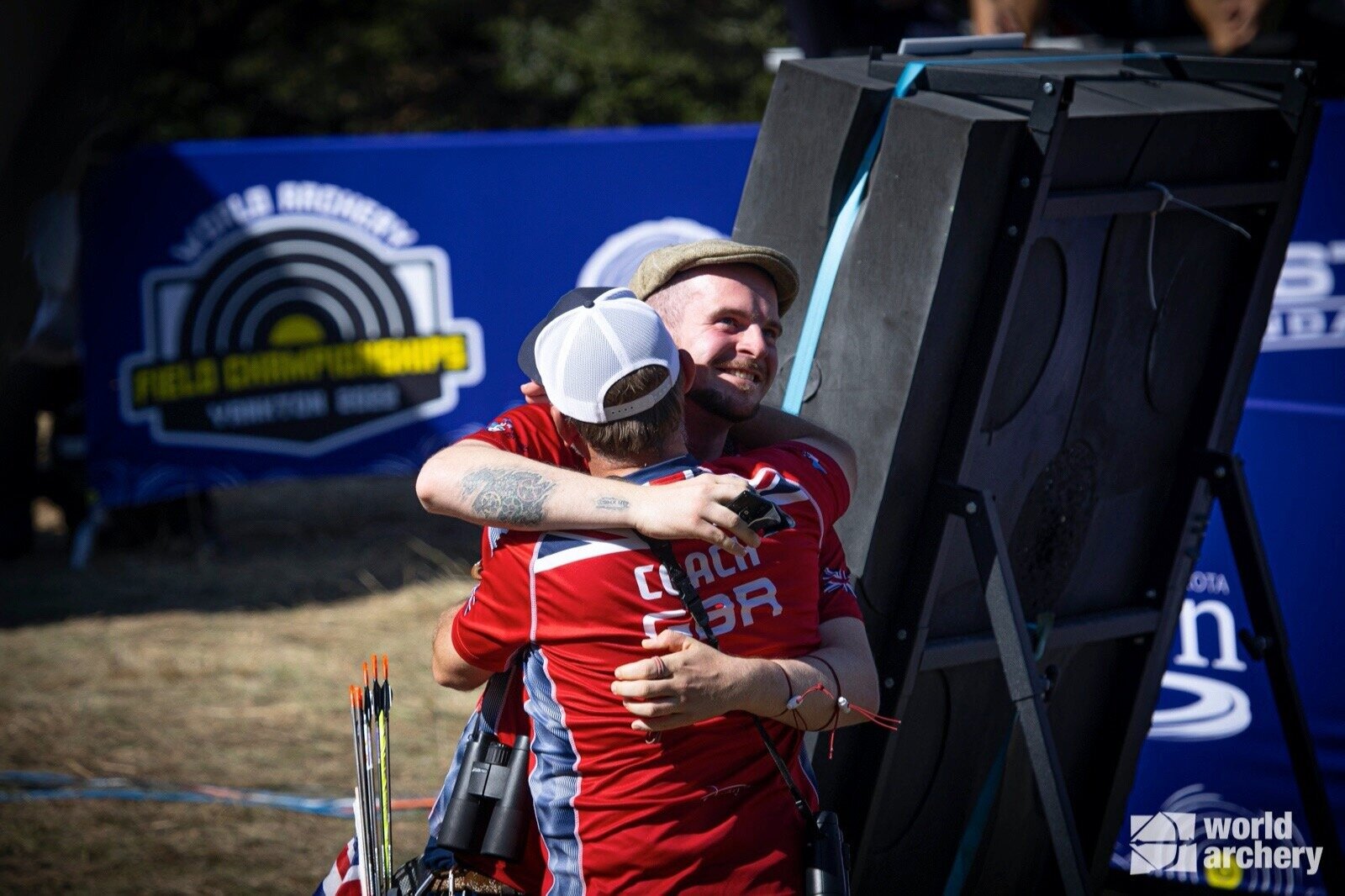 Under 21 recurve woman, Louisa Piper, shot her first elimination match against 9th ranked Madalina Amaistroaie from Romania. The Brit opened with a 13 to Amaistroaie’s 11. The Romanian then shot four consecutive 14 ends, however these weren’t enough to catch up to Louisa who shot a 14, two 15s and a 16. Already six points ahead, an 18 to finish from Louisa won her the match 91-82.

Next, Louisa faced Slovenia’s 5th ranked Metka Obljubek. Louisa was one point in the lead after two ends, having shot 16 and 17 to Obljubek’s 15 and 17. The Slovenian then scored a 13 to Louisa’s 12 to bring the points all square. Across the next two ends, both archers each shot a miss, putting Louisa narrowly in the lead by one point. In the last end, an 11 from Obljubek to Louisa’s 10 brought the match to a shoot-off. Louisa’s 5 to her opponent’s 4 sent her into the next match.

In the semi-final, Louisa came up against 1st ranked Aiko Rolando from Italy. Louisa took the lead in end one with 13 points to Rolando’s 11. Both women tied the second end on 14 apiece, and then Rolando brought back a point from Louisa by shooting a 14 to the Brit’s 13. Unfortunately, a 13 from Louisa wasn’t enough to take the win from the Italian who finished the match with a 16, 55-53.

Going for bronze against Louisa was Australia’s 7th ranked archer Imogen Grzemski. The Aussie took a three-point lead after two ends with 28 to Louisa’s 25. Louisa then responded with a strong 18 to Grzemski’s 11, taking the lead 43-39. An 11 from Louisa was more than enough against Grzemski’s 8 in the final end to take the bronze medal win with 54-47. 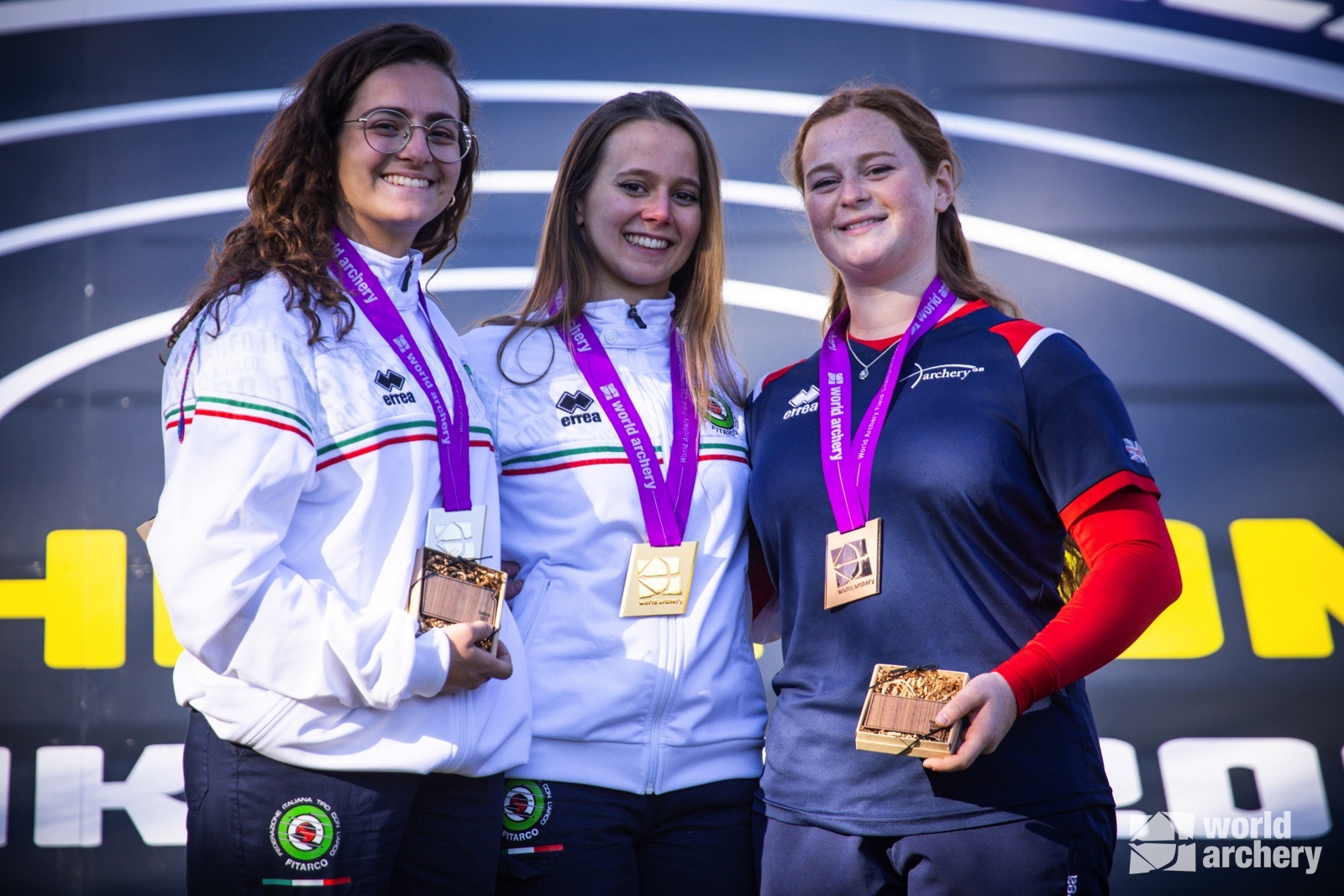 Bryony Pitman’s first match was against 11th ranked Molly Nugent from the US. After the first two ends, Bryony took a four-point lead with a 14 and 16 to Nugent’s two 13s. A 16 from the American to Bryony’s 14 brought back two points from Bryony’s advantage. A 16 and a 14 from Nugent to Bryony’s 15 and 11 sent the American ahead by two points, 72-70. In the final end, a strong 18 from Bryony was enough against Nugent’s 15 to win by a single point, 88-87.

Bryony’s next match was against Slovenia’s Urska Cavic. Bryony led the match after the first two ends, but then a 17 from Cavic to Bryony’s 16 brought the women all square on 49 apiece. Bryony then shot a 17 to her opponent’s 16 to gain a one-point lead. She managed to extend this lead to 80-77 going into the final end. A 16 from Bryony to Cavic’s 13 won her the match by a comfortable four points, 90-96.

In the semi-final, Bryony faced France’s 3rd ranked Aurélie Autret. The first end was tied on 12 points each, and then Bryony took the lead with a 15 to Autret’s 12. Autret then came back with a 14, but Bryony shot a 16 to further her advantage to five points. In the final end, a 14 from Bryony was more than enough to secure her place in the gold final, winning the match 57-50.

Going for gold, Bryony came up against the first ranked archer from Italy, Chiara Rebagliati. Bryony opened the finals match strong with an 18 to Rebagliati’s 17. Both women then shot 15 points each, keeping Bryony’s lead at one point. They followed this up with yet another tie, this time on 14s. In the final end, Bryony’s 13 was sadly not enough to beat the Italian’s 15, who therefore took the win by only one point, 61-60. Bryony will bring home the silver medal. 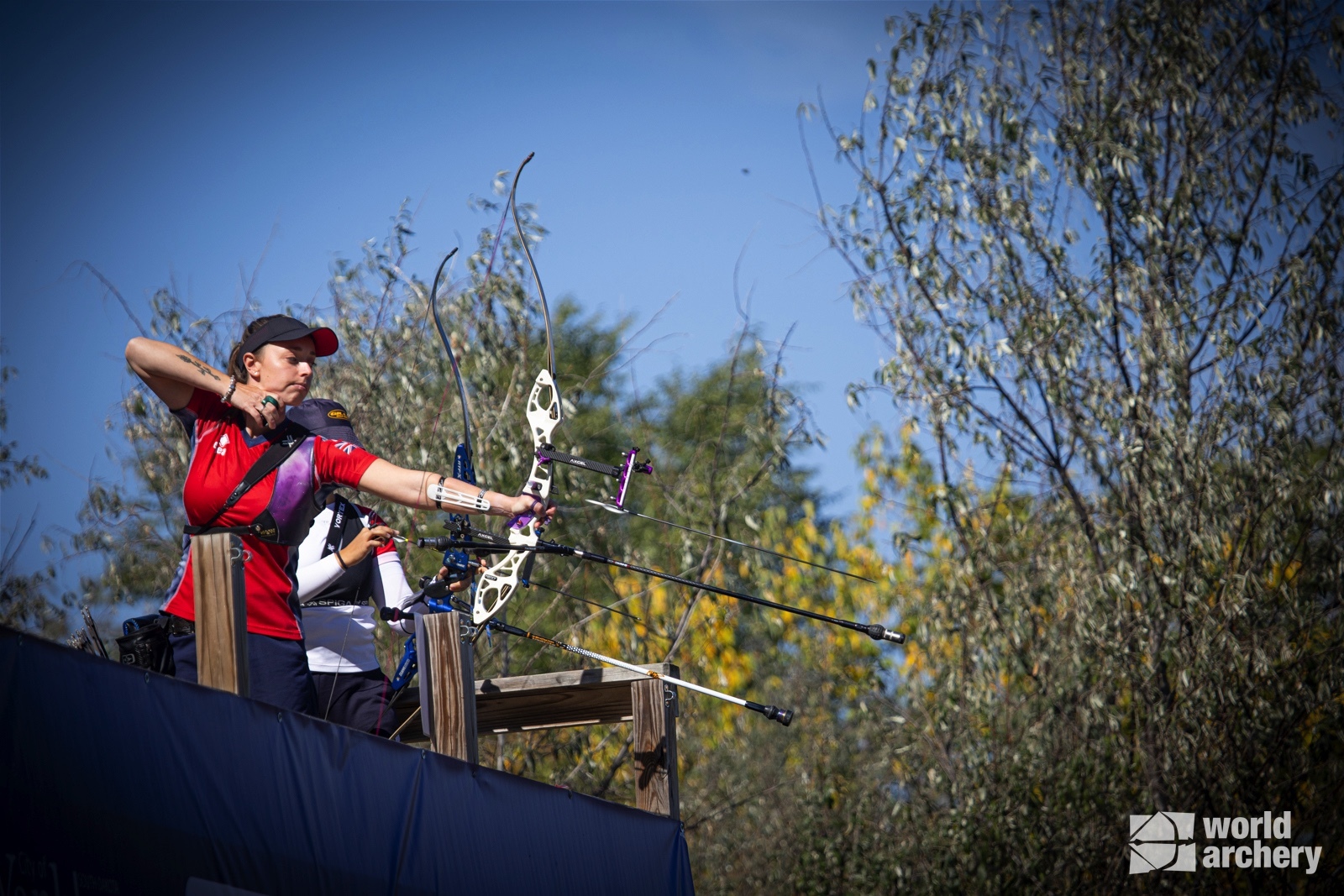 For the recurve men, Patrick Huston’s first match was the semi-finals against Germany’s Florian Unruh. Patrick took a one-point lead after the first end with a 14 to Unruh’s 13. A 17 from Patrick in the second end to the German’s 16 extended his advantage by another point. Unruh responded to this with a 17 to Patrick’s 16, bringing the men only one point apart, 47-46 in Patrick’s favour. In the final end, another 17 from Unruh to Patrick’s 15 won the German archer the match with 63-62.

In the bronze final, Patrick met 4th ranked archer from the US, Brady Ellison. Patrick opened with a 16 to Ellison’s 15 in the first end, but then a 15 from Ellison to Patrick’s 14 in the next end brought them all square on 30 apiece. Patrick then shot a 16 to the American’s 14 to take the lead by two points. In the fourth and final end, a 14 from Patrick against Ellison’s 13 secured him the bronze medal, 60-57.

"It was a great experience getting to shoot on the finals field three times. The NFAA set out a tremendous four targets to decide the medals and it was a pleasure to get to shoot it! I'm so happy to have taken the bronze against the world number one, I feel it was a very important victory for me. The match was very close throughout, but then Brady shot a four on the 25m target and I think that gave me a significant advantage and probably turned the result in my favour," Patrick said. 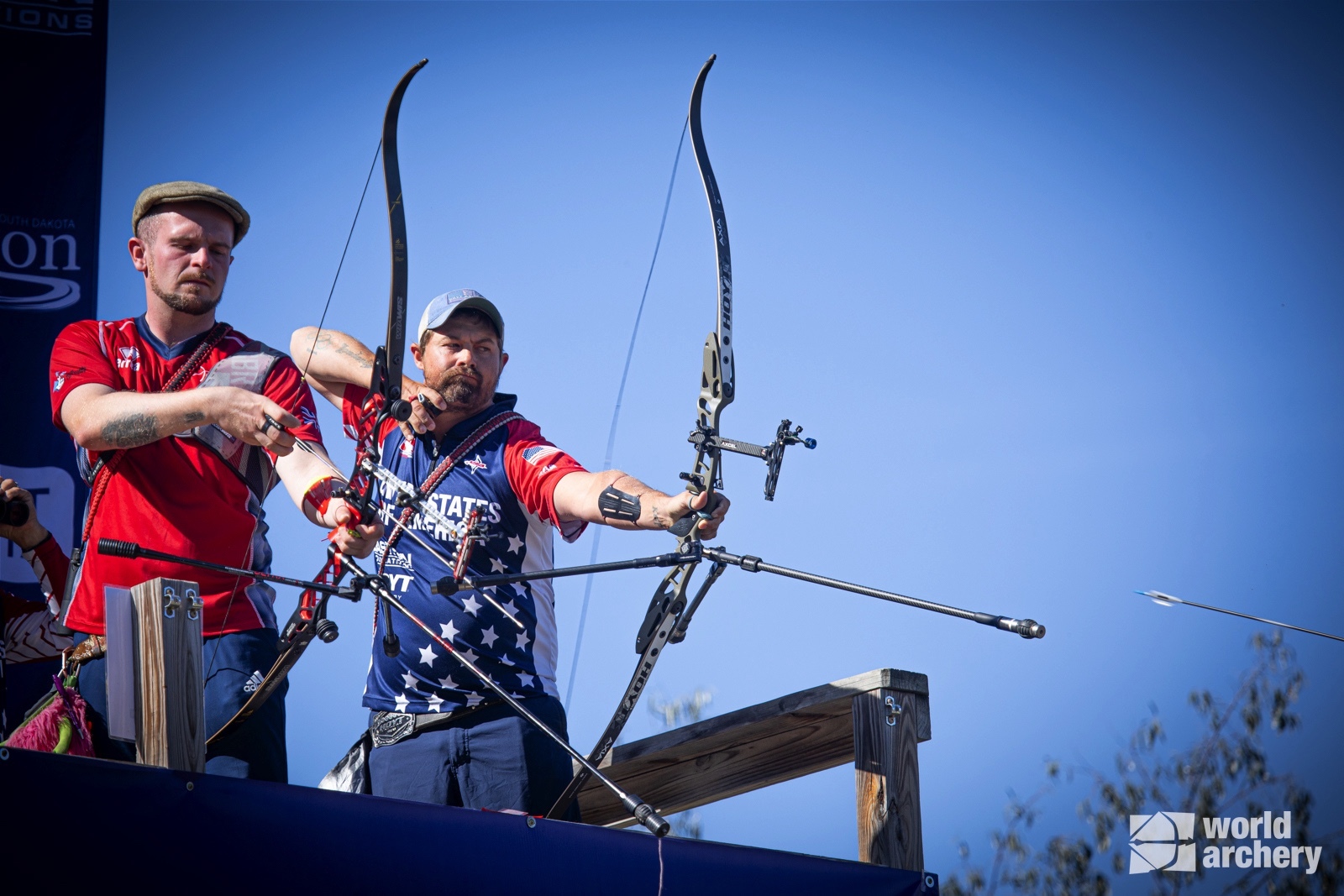