This week is the 2022 European Championships, with the European Games quota tournament. Let's see what's happening! 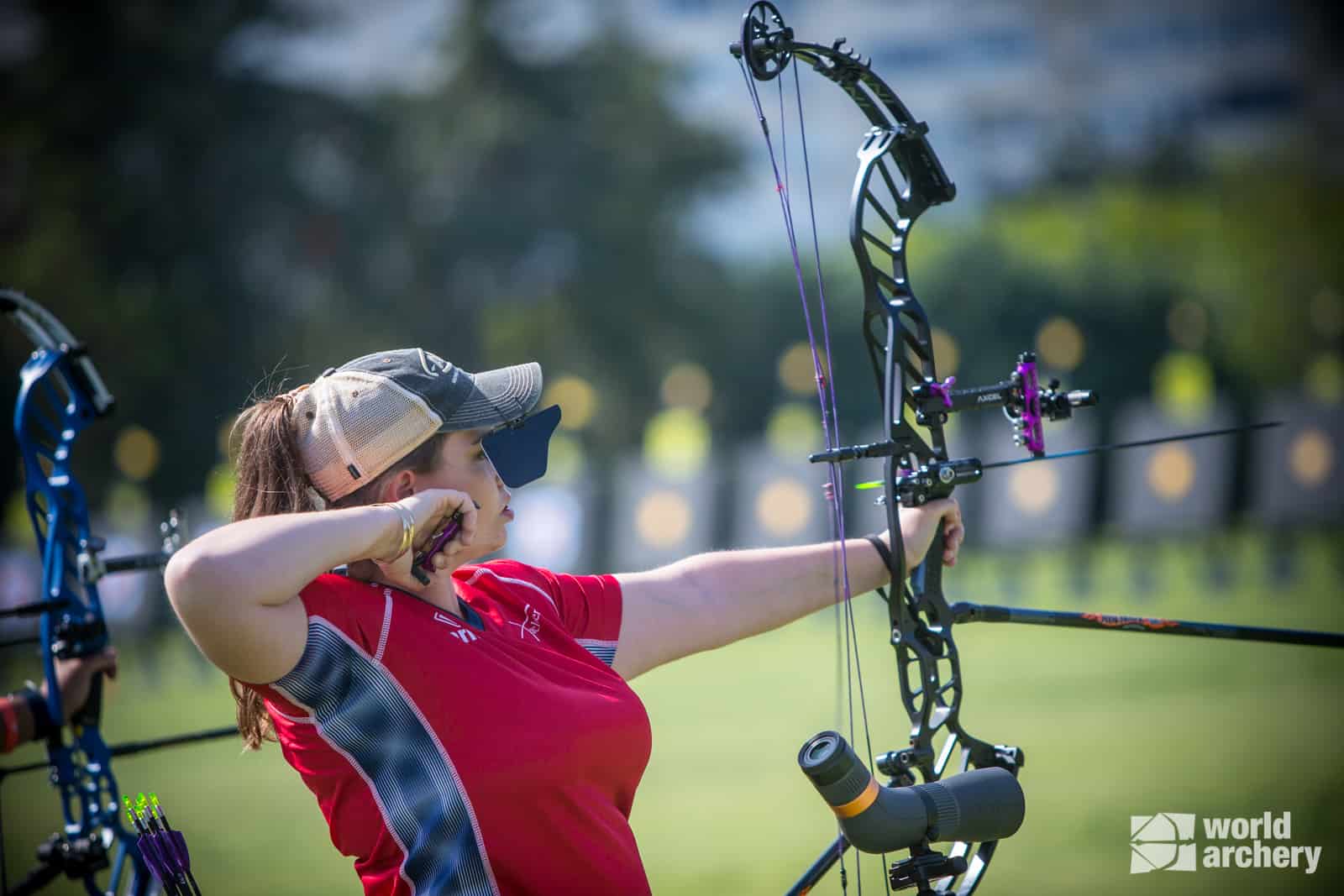 Ahead of the 2022 European Championships and European Games qualifier this week, let's have a look at the team. Along with how qualifying works for the European Games.

The team for the recurve women is Bryony Pitman, Penny Healey, and Jaspreet Sagoo. Bryony has been to numerous European Championships and was part of the successful European Games team in 2019. Penny and Jaspreet are competing at the first senior European Outdoor Championships.

This team recently won gold at the Antalya World Cup in the Recurve Women Team division, so there are high hopes for this Championship. Bryony also brought hope individual gold and mixed team silver from this event.

GBR is currently ranked 5th in the World and 2nd in Europe.

Penny Healey told us, "I am looking forward to my first European Championships as a senior, and I'm pretty confident going into the week with a strong team!"

Tom Hall, Patrick Huston and Alex Wise are back together for the European Championships. This team won the spots for the recurve men's European Games in 2019, can they repeat it this year?

The recurve men's team have had success throughout the years together, winning spots for Tokyo, Minsk European Games and bronze at the Antalya World Cup in 2018. Alex also brought home mixed team silver from this year's Antalya World Cup.

GBR is currently ranked 12th in the World and 7th in Europe.

Alex Wise told us, "I'm really excited for the week and feeling super confident ahead of it too. The quota tournament for the European Games is essentially the first step to Olympic qualification, so to get a full team spot here would be ideal. A GB team full of medals is what we are striving for though, and that would be much more ideal!"

This team has a wealth of international knowledge through youth, senior and para World Championships, European Championships and World Cups.

GBR is currently ranked 7th in the world and 4th in Europe.

Izzy Carpenter commented, "I'm really looking forward to the start of the competition for the Europeans. Practice has gone very well and so far the weather has stayed on our side. My shots are feeling great, and I can't wait to get on the field and shoot."

The 2018 European team champions James Mason and Adam Ravenscroft are joined by Stuart Taylor for this Championship. The team have a wealth of knowledge of the international scene, with many international medals at World, World Cup and European level amongst them.

While this is a new team for the European Championship circuit, they are looking strong and ready ahead of the week.

GBR is currently ranked 10th in the world and 6th in Europe.

Adam Ravenscroft told us, "The team is in good spirit and gelled well. The men have made one change, but he has fit in well. We have trained together and try to push each other to increase scores and simulate pressure. Let's see how well it worked!"

The following words are courtsey of World Archery.

These championships act as the primary qualifier for the 2023 European Games in Poland. (A European Grand Prix in Great Britain in early 2023 is the second qualifying event.)

Some 128 archers will compete at the multisport event, 96 recurve and 32 compound, and quotas for 78 of those places will be awarded on the final results of the championships in Munich. There is additional time set aside on Friday for a secondary qualifying event, which will be used to break ties between archers who lose before the quarterfinals should it be necessary to distribute the places.

Poland receives the full eight-athlete quota (six recurve and two compound) as host country. A nation can win a maximum of one quota per gender in the individual events - or a full three-athlete quota in the recurve team event.

Five team and 16 individual quotas per gender are available in Munich. The top five teams at the championships, excluding Poland, will win full three-athlete quotas. The archers representing the next 16 countries not qualified as teams in the final individual ranking will win the places for their nation.

Eight individual quotas per gender are available in Munich. The archers representing the top eight countries, excluding Poland, in the final individual ranking will win places for their nation.

Results for the 2022 European Championships can be followed here throughout the week.