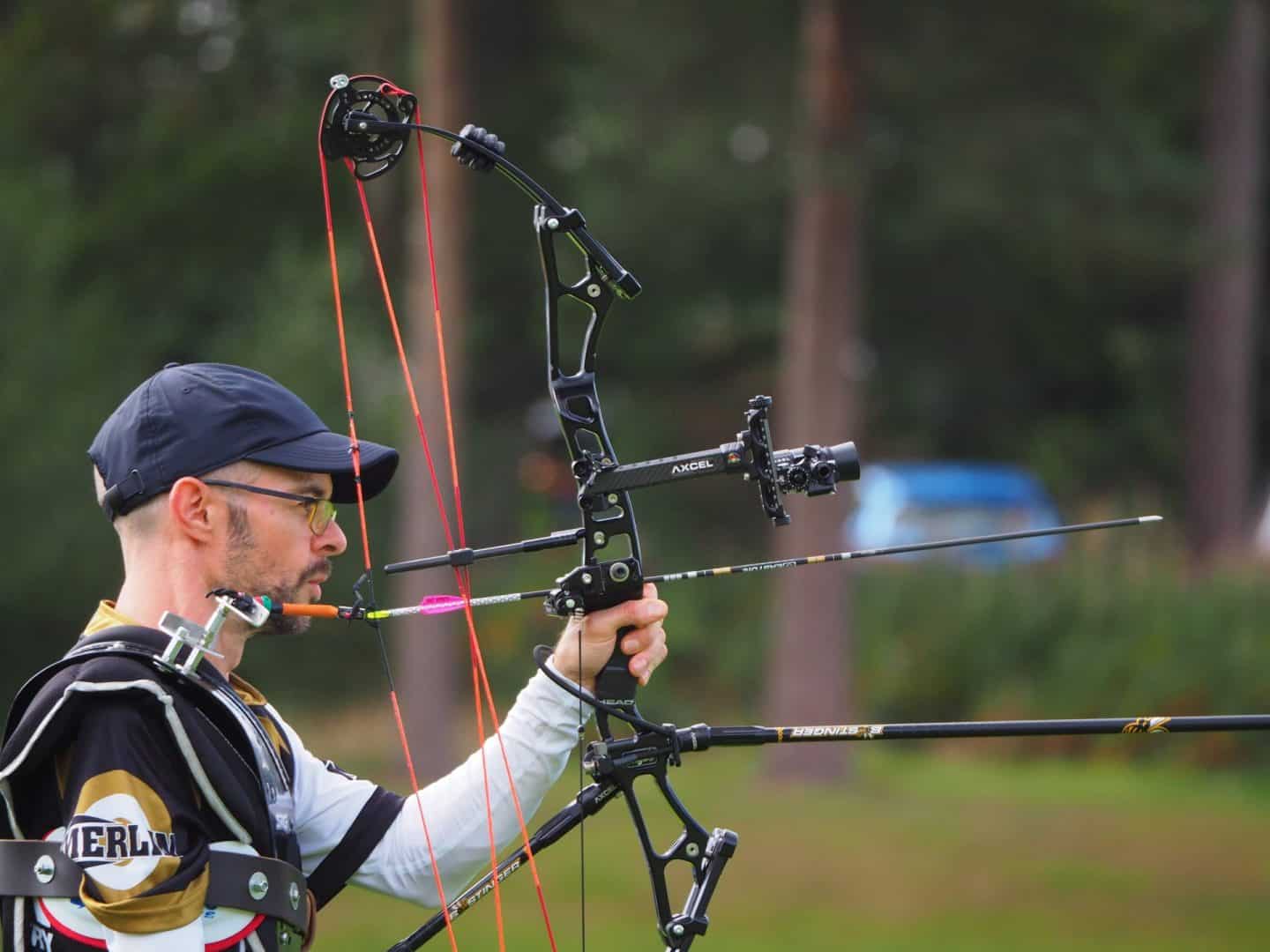 At Lilleshall for the Disability Championships, the archers completed a qualification round followed by a series of head to head matches to determine the winners of each discipline.

First ranked archer after the 720 round was Paul Browne with a score of 569. The archers who competed in the bronze medal match were Kate Murray and Graham Hadfield where Murray shot straight sets 6-0 to take the win. In the gold final, first seed Paul Browne came up against Cameron Radigan where Radigan shot 6-4 to win the title.

Jamie Harris shot 666 in the qualification round, earning him the top spot on the leaderboard. In the bronze medal match, John Philips shot against Alex Scott where Philips won by a single point, 128-127. First ranked Jamie Harris retained his lead over Alan Hayden in the gold medal match, winning the overall title with 143 points to Hayden's 139.

Lindsey Howard took first place in the qualification round with 618 points. Howard then went on to take the gold medal in her match against Amanda Davidson, 131-126.

Tamas Gaspar shot 635 after the ranking round to take first place, but lost out to Martin Saych who went on to win the gold medal match with 133 points to Gaspar's 127. Peter Higgins took the bronze medal.

After qualification, Clive Jones topped the leaderboard with 298 points. In the bronze medal match, Stuart Philip James Rodgers shot straight sets against Trish Gracesmith, taking the match 6-0. Clive Jones faced Roger Rees-Evans in the gold final where they took the match to a tie, 6-5, and in the shoot-off Jones shot a 4 to his opponent's miss.

Steve Prowse shot 631 in qualifying to make it to the top of the rankings. Philip Tranter met Nick Thomas in the bronze final where he took the win with 6-2. Steve Prowse maintained his top spot against Peter Price, winning the gold match 6-0.

Luke White's 486 qualifying score earned him the top ranking position. In the bronze match, Terry Piper shot 6-4 against Andrea Thomas to take the medal. Debora Wright was able to defeat top seed Luke White 6-2 in the fight for the gold.

Steve Fidler shot 535 in the qualifying round to gain the first ranking spot, but in the gold final Lewis Brown defeated him 6-2.

David Hickman score 616 after his 720 round to win first place ranking. Hickman then went on to gold final where he was beaten by John Seabury 6-4. Scott Robertson took home the bronze medal.

Grace Chappell won her category with 673 points in the ranking round. In the bronze final, James Hamilton won Louise Naylor 131-128. Top seed Chappell lost to Finlay Clark 144-136 for the gold medal.