There was drama all the way with shoot-offs, stunning performances and archers jostling for position as Archery GB's 2017 National Series reached its final stages. 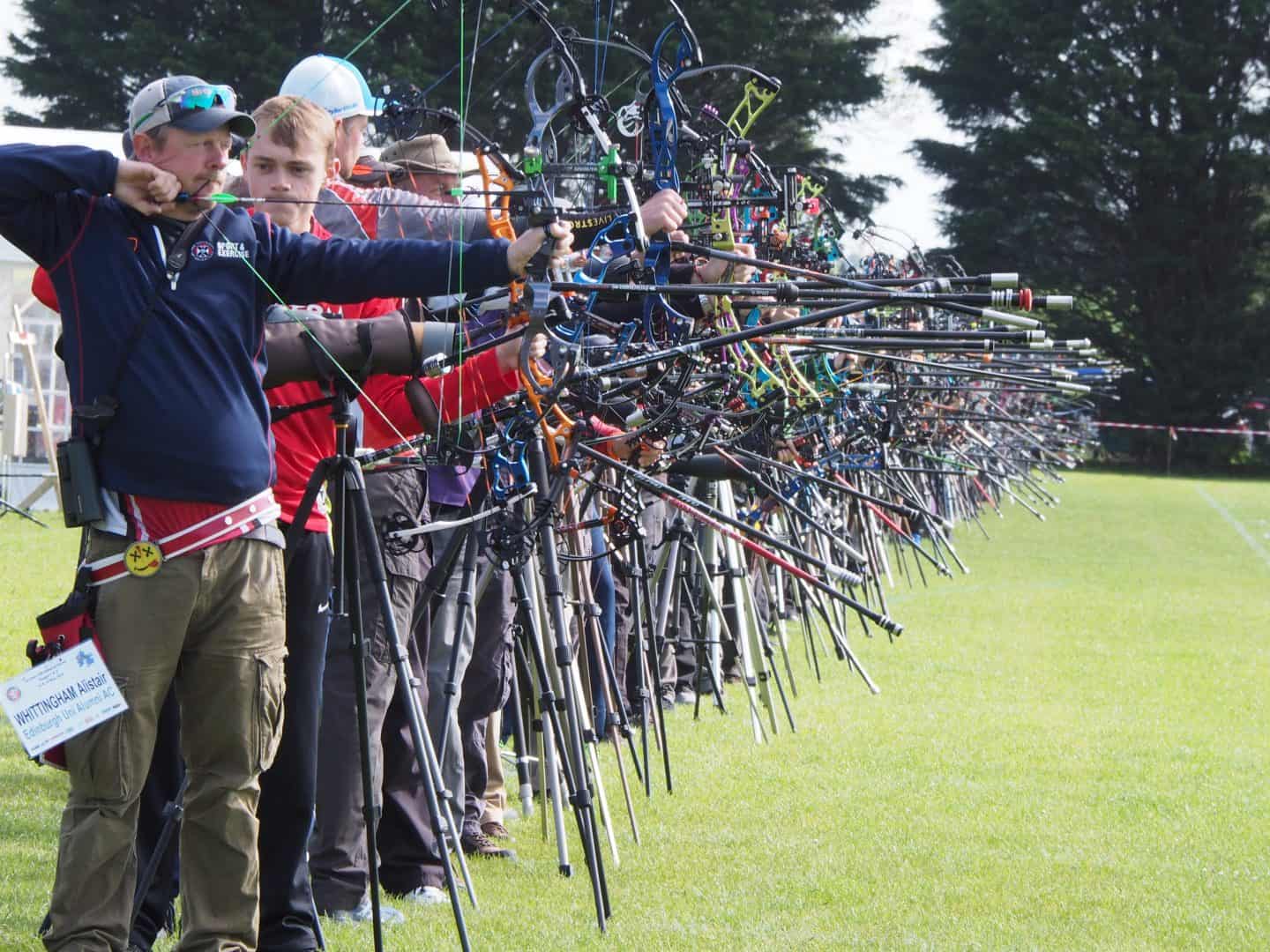 Bronte Archers hosted stages 5 and 6 at its Apperley Bridge base near Bradford. The winds howled, the heavens opened but nothing was going to put the competitors off their last-ditch bid to make it to the finals at Millennium Point Birmingham on 23-24 September.

Lizzie Foster consolidated her dominance in the women's compound competition by winning both stages. That brought her series total to four wins and placed her firmly at the top of the rankings.

She began stage 5 as top seed and saw off challenges from Andrea Gales, Verity Gray and Lucy Mason to set up a gold medal showdown with Michelle Sword of Swan Archers. The sixth seed was in fine form too, defeating Iulia Petre, Susan Corless, Lucy O'Sullivan and Nat Merry but, in the end, Lizzie proved too strong, taking the stage with a 138-136 win. Nat Merry took bronze, beating defending champion Lucy Mason 137-135.

Stage 6 saw another showdown between Lizzie and Lucy Mason - but this time there was a twist. Lizzie started as fourth seed, beating Helen Neumann, Layla Annison and top seed Rebecca Blewett to reach the final. There she met fourth seed Lucy who had seen off Iulia Petre, Lucy O'Sullivan and Victoria Barby.

Both archers battled against high winds and Lucy was leading until a gust caught one of her final arrows and Lizzie was able to take advantage, sealing a 131-130 victory. Victoria took bronze with a 138-135 win over Rebecca.

There was drama too in the men's compound competition. Adam Ravenscroft started stage 5 in fourth spot and defeated Sam Rees, Matthew Wong, Adam Carpenter and James Howell to book his place in the final where he came face-to-face with Christopher White. The 11th seed had seen off Dru Ridding, Simon Froggatt, last year's champion. Neil Bridgewater and George Tohovitis.

Both finalists were in top form - and it showed as they tied the match on 142 points. That forced a shoot-off. Chris hit the nine but Adam edged it with a 10. And James beat George 138-129 to take bronze.

Adam started stage 6 in second spot - but this time it was James Howell who hit form. The third seed blazed past Lewis Haslam, Mark Speight and Matthew Wong before beating Adam 138-135 in the semi. His gold medal opponent was fourth seed Simon Froggatt who defeated Liam Peake, Simon Peake, Carl Richards and Luke Ralls to ensure his place. And it all came down to one point as Simon took the honours with a 140-139 win.

Many of our top archers have been missing from the 2017 National Series because of international duties. Two of them - Naomi Folkard and Bryony Pitman - made quite an impact on their return.

Recurver Naomi started stage 5 in top spot and swept past Charlotte Hempsall, Klara Fay, Eva Henderson-Hirst and Bryony to reach the gold medal match. There she faced Amaryllis Barton who had defeated Emily Bryant, Johanna Meyer, Rebekah Tipping and won a shoot-off against Jaspreet Sagoo. But experience told as Naomi clinched a 6-0 win over the 15th seed to take gold. And Bryony was in no mood to go into the next stage empty handed. She beat Jaspreet 6-2 to take bronze.

Bryony started stage 6 ranked third and made short work of Sally Gilder, Rebekah Tipping and Johanna Meyer to secure her shot at gold. The only thing stopping her was 17-year-old Lizzie Warner. The fifth seed, who had seen off last year's winner Nicola Turner, Shelley Hurst, Saturday's silver medallist Amaryllis Barton and stage 5 winner Naomi Folkard to earn a third podium of this series. But Bryony had the edge, winning 6-0. The bronze medal went to Johanna Meyer.

There was a dramatic end to stage 5 of the men's recurve competition too. Third seed Alex Wise battled through tough matches against Ryan Holden, John Prior, Thomas Cram and Jack Masefield to reach the gold medal match. There he faced 12th seed Tom Hall who had defeated Ryan Pinder, David Timmins, David Phillips and Michael Judd.

The final ended in a 5-5 draw. It all came down to one arrow. Tom hit the seven but Alex clinched it with a nine. Michael beat Jack 6-0 to take bronze.

Stage 6 saw Tom go one better - but there was still plenty of drama.  The sixth seed beat Joe Fairburn and Thomas Cram before surviving a shoot-off against Michael Judd and a tough semi with second seed Keith Harding. His opponent was Eccles archer Paul Sutton who qualified in 12th spot. He defeated Cameron Donaldson, Alex Smith, David Timmins and clubmate Paul Tittensor to book his place and shot well - but Tom had the edge, winning 6-2. Keith Harding took bronze.

Now it is all eyes on Birmingham. You can find the provisional series rankings here.

The names of the archers who will compete in the Grand Finals will be announced once the rankings have been confirmed.