European Para-Cup: Off to a cracking start!

Nine British athletes have got off to a cracking start at the second stage of the world ranking European Para-Archery Cup in Nove Mesto. 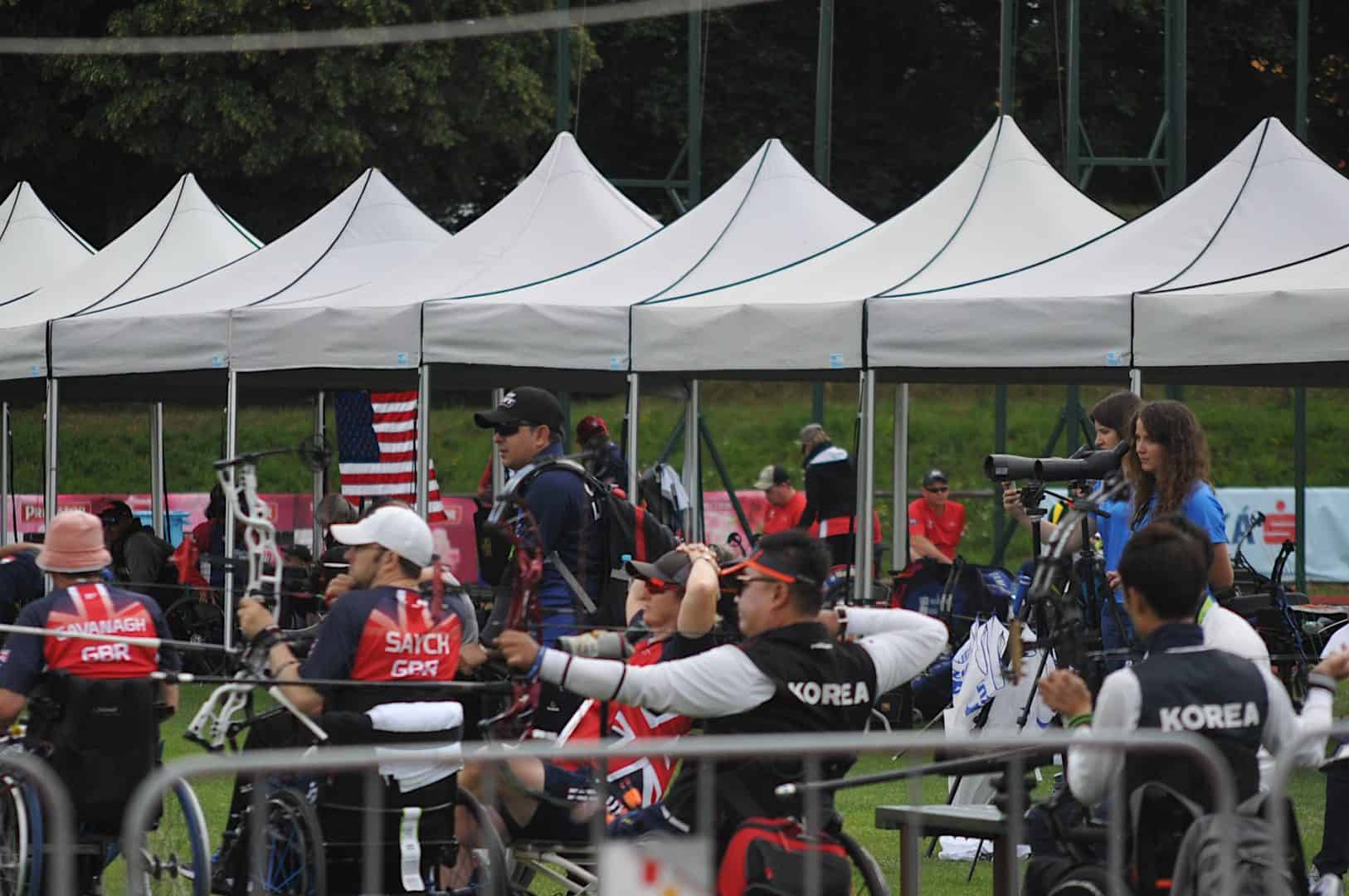 That mean's both Jess and Jodie, who is ranked eighth, are in the last 16 of the individual category and could face each other in the quarter finals. Jess will have to beat either Choi Na Mi of Korea or Iran's Farzaneh Asgari while Jodie will face another Iranian, Razieh Shir Mohammadi, or Karin Ersson Josefsson of Sweden.

Third seed John will face either Wu Tung Sang of China or Kazakhstan's Alexandr Medvedev for a place in the last 16. Jamie Harris, ranked 15th, defeated Jamal Albedwawi of the United Arab Emirates 143-125 to reach the last 32. He now takes on Rolandas Baranauskas of Lithuania.

Victoria has a bye through to the semi-finals of her W1 category where she will face either Anna Ilina of Russia or American Lisa Coryell. John Cavanagh and British wildcard Martin Saych qualified 14th and 19th respectively - and will shoot against each other for a chance to take on Germany's Uwe Herter in the last 16.

Recurver Hazel Chaisty made the team as another wildcard selection - and qualified in fifth spot, eight places ahead of teammate Tania Nadarajah. Hazel has a bye into last 16 where she will face Georgia's Tea Bolkvadze or Yagmur Sengul of Turkey. To join her, Tania must defeat Korea's Ha Sam Suk.

In the mixed team competitions, top seeds Victoria Rumary and John Cavanagh will face either the USA or Czech Republic in the W1 semis while compounders Jess Stretton and John Stubbs, also ranked top, face Korea or France in the compound quarter finals.

Jess, Jodie and Victoria will be up against either the USA or Czech Republic in the compound team semi-finals.

You can keep up with the action as it happens here.