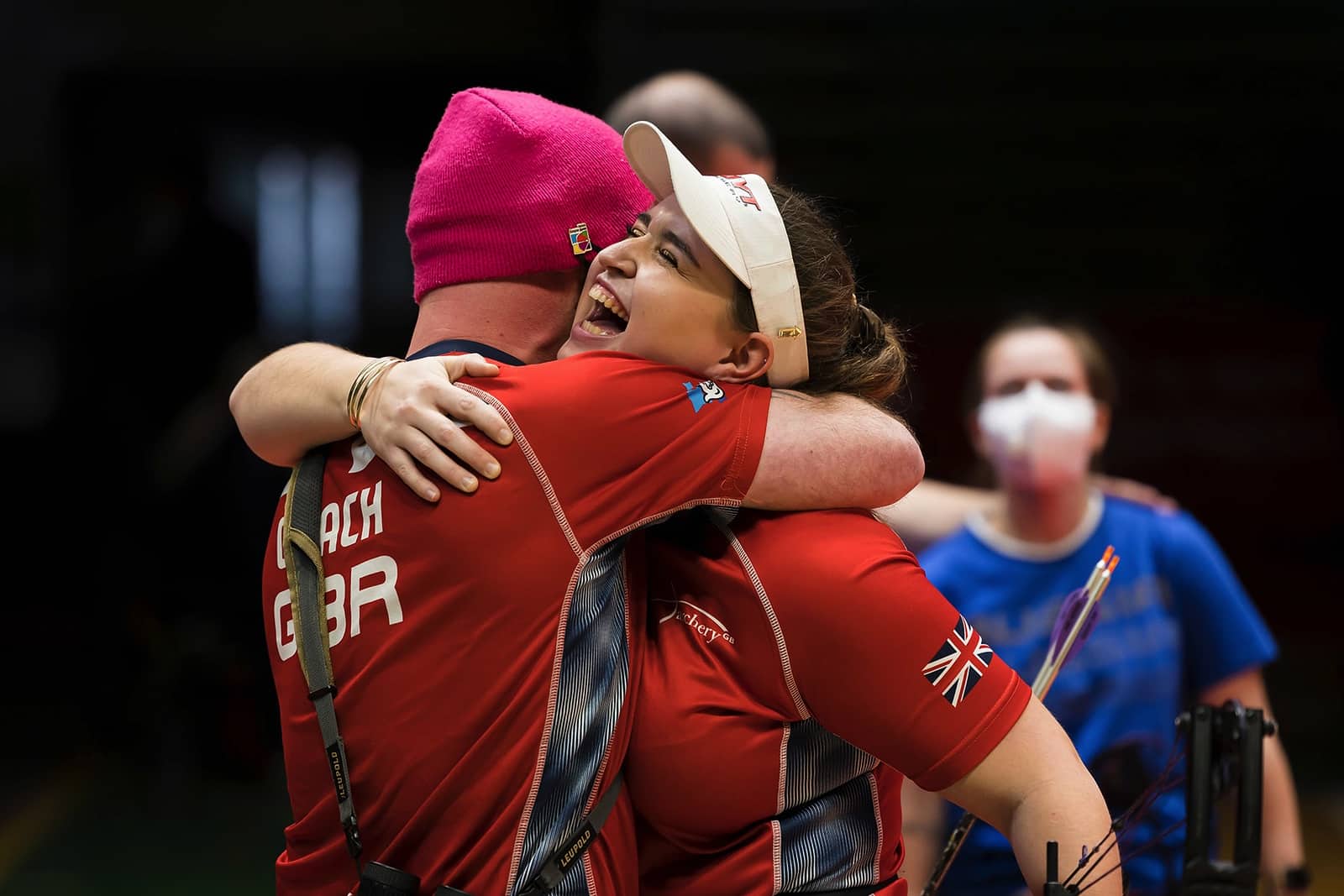 The Great British barebow archers have had an amazing week at the European Indoors, and to top it off, all three of them will be returning home with an individual medal.

Fifteen-year-old Oliver Hicks who has been competing in the senior barebow men's category, has won the silver medal. He faced Leo Pettersson of Sweden in the finals, and they shot an incredibly close match. The Swedish archer took the first four set points, and Oliver followed this with a 30 in the third end. They archers drew the fourth end both with a 25, and also the fifth end with two 29s. The match concluded with 6-4 in Pettersson's favour, meaning that Oliver will take away with silver medal for the barebow men.

"It was a tough match and a great challenge to shoot against Leo. I'm most proud of shooting a 30 to stay in the match, and coming back from 4-0 down to finish only two points behind.
When I ranked first and equalled my world record in the qualification round, it gave me a lot of confidence going into the eliminations. I really appreciate the support from all the GB team at my first international competition. It has been an amazing week and a fantastic experience," Oliver told us.

Up first for the under 21 barebow women was Kathryn Morton versus Italy'sĀ Eleonora Meloni for the bronze medal. Kathryn opened strong, taking the first four set points. The Italian then came back to take the next four set points in ends three and four. It all came down to the final end, where the winner of the match would be whoever took the next two points. Kathryn shot a 23 to Meloni's 20, earning her the win and the bronze medal for the under 21 barebow women.

"I'm really happy with how my match went today. I shot strong shots that I was happy with, but they just didn't go where I wanted them to.
I'm definitely most proud of my comeback after qualification, and I'd like to thank the coaches and the team for their support this week. It's been great fun and I really enjoyed the finals as this was my first international indoor competition, and it was hugely different from field archery which I'm used to. It was also really fun to be a part of the first barebow competition at the European Indoor Championships, and I'm excited to see barebow get bigger and better!" Kathryn said.

In the under 21 barebow women's gold medal final, Amelia Chumber competed againstĀ Elena Topliceanu from Romania. The first end was won by the Romanian, and end number two was drawn between both of the archers. Amelia took the next two set points with a 28, and the women drew again in end number four. At four all, the winner would be decided with the last three arrows. Amelia's 22 points to Topliceanu's 25 meant that the Romanian took the title. Amelia is coming home with silver medal for the under 21 barebow women.

Ā"I am happy with how I shot and I know where to improve to finish at the top.
Being one the first barebow archers to compete in the European Indoors is exciting. I hope others will be inspired and I can be a positive role model for them.
Looking back at the week, I would have liked my coach to steer me during practice but my experience with my team mates this week will help me prepare for future finals. I can't wait for the next big international competition,Ā” Amelia said.

For the compound women's gold medal match, Ella Gibson met Elizaveta Knyazeva of Russia to fight it out of the title. Ella opened strong with a 30 to the Russian's 29. For the remaining twelve arrows of the match, Knyazeva shot a consistent 28 points every end. Ella took her advantage, gaining one point over her opponent in the third end, and then two point above in end four. The women went into the final three arrows at 113-115 points in Ella's favour. Both archers shot a 28 to finish, which was enough for Ella to keep her two point lead, winning her the match and the gold medal, 141-143.

"Honestly, my match was just full of so many nerves. I struggled to aim so much, and I definitely didn't shoot the scores I know I'm capable of. But I'm really happy with how I mentally shot the match, and that I managed to win in the end.
I'm proud of my route to get to the finals, and how I've recovered in every match after a slip up. I shot some really great matches to reach the gold, including a 150.
I think every match slowly prepares you for the finals. I prepared as best as I could during the week's training with as much intent as I could. A massive thank you to Stuart Taylor for training with me so much this week in preparation, it really helped me," Ella told us.