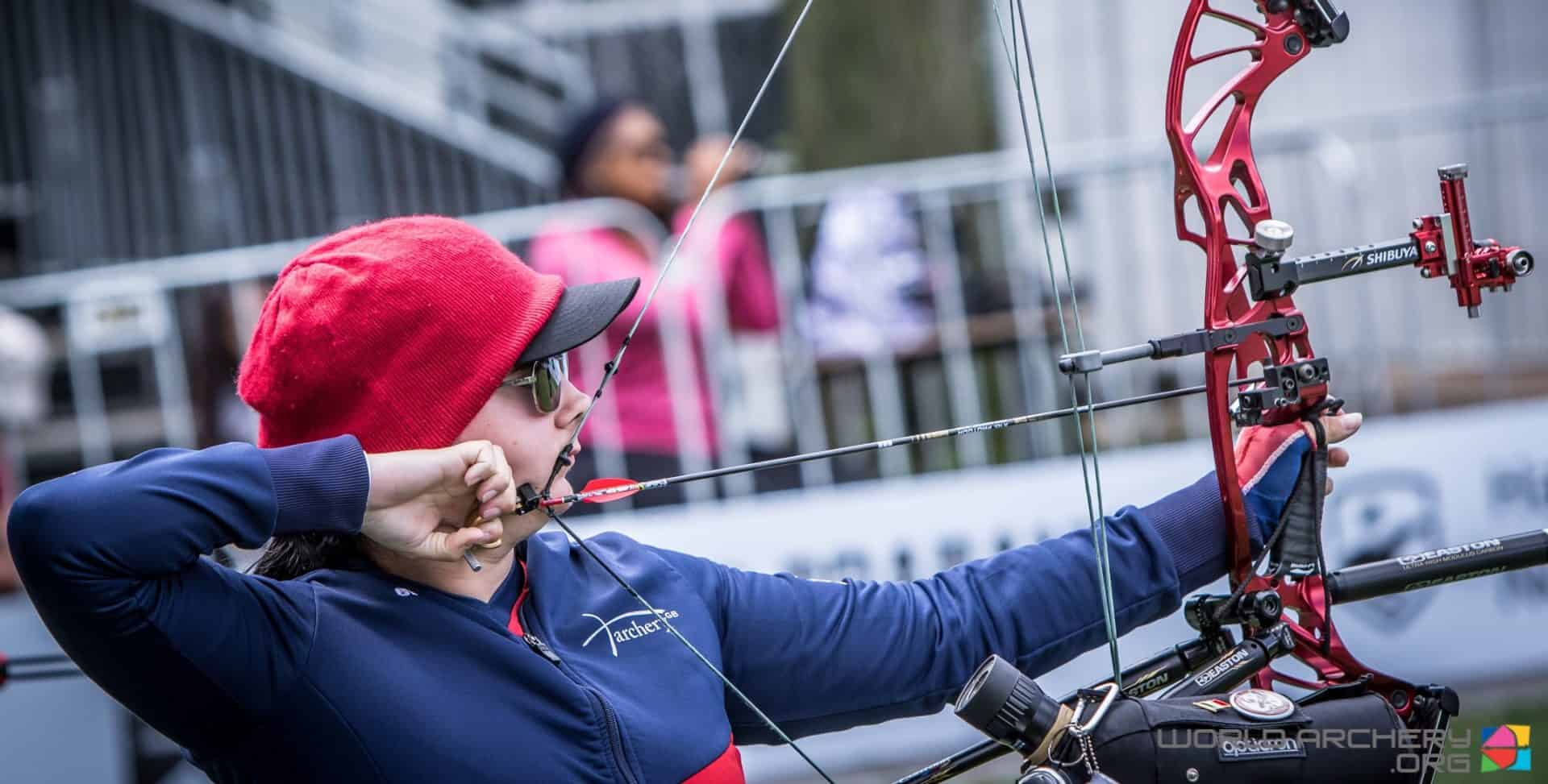 The 6th Fazza Para Archery World Ranking Tournament - Dubai Club for People of Determination (DCfPD), promises to be yet another exciting event, which this year sees a total of 106 competitors.

Our Jessica Stretton was already in the spotlight, having set the World Record Average in the 50 metres round with a 657 score in the Women W1 Open (Rec/Comp) back in Beijing in 2017. In this category, Victoria Rumary comfortably took 2nd place with 629 points, missing out on the top spot claimed by the Czech Republic's Sarka Musilova on 637, while GBR's Victoria Kingstone came 7th on 533.

The afternoon's action opened with the Compound Men's Open qualification round, in which GBR's Jamie Harris took 25th position with a 630 score. For the Compound Women's Open, it was great news for Jessica Stretton once again, as she took the top spot with a 682 score, a convincing win over Italy's Giulia Pesci (677). Meanwhile, fourth place in the round went to Jessica's teammate Phoebe Pine with her 667 score. For the Men W1 Open, Martyn Saych came 9th with 596 points.

Don't miss tomorrow's action - and you can catch up on the current full results here.