Twelve months ago Bryony Pitman won recurve gold at the Indoor Archery World Cup in Marrakesh. This year an on-form National Series champion Patrick Huston got the 2017/18 indoor campaign off to a flying start by winning silver. 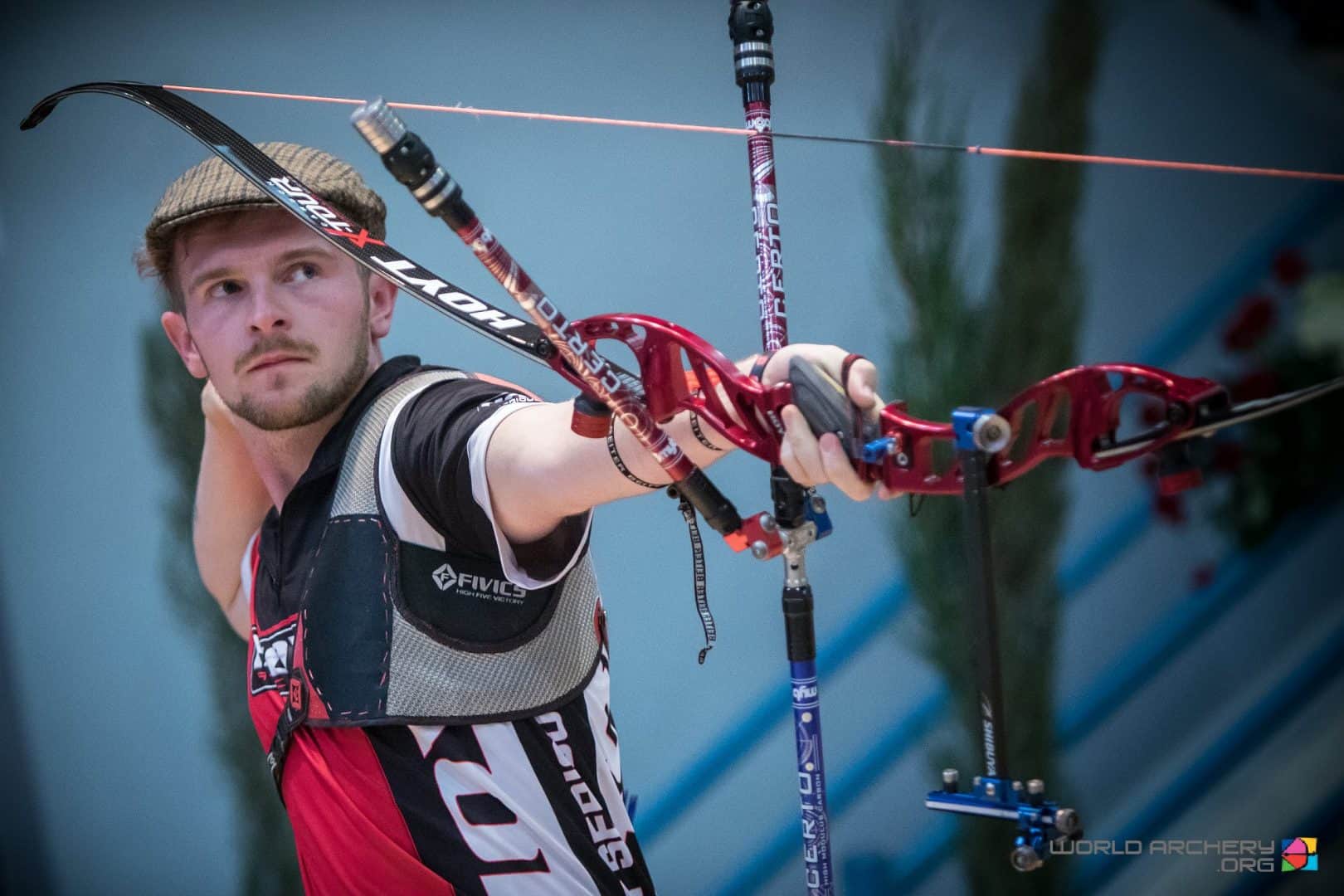 Patrick (pictured) qualified in second place then swept past Moroccan Mouad Erriahi Elidrissi 6-0, Italy's Fabio Molfese 6-2 and Marco Morello 6-4 before beating American Matthew Requa in the semi-final. That brought him face-to-face with another Italian, Matteo Fissore. And it was close but the fourth seed edged it, claiming gold with a 6-2 win.

Fifth seed Jaspreet - and eighth seed Rebekah Tipping - were given byes into the last 16 of their competition. Jaspreet the defeated Australia's Klara Fay 6-0 and Italian fourth seed Chiara Rebagliati 6-2 before meeting top seed Gabriella Bayardo in the semis. Jaspreet battled hard but the Dutch archer won 6-2 to win a place in the gold medal match against eventual champion Aida Roman. That left the Briton in a battle for bronze against Italy's Claudia Mandia and the second seed edged it.

Rebekah finished the competition in fifth spot after beating France's Isabelle Vayssie 6-2 but being knocked out in a hard-fought match with Bayardo.

Sarah Prieels romped to compound victory by knocking out Britain's 14th seed Kirsty Robb, Denmark's Sarah Sonnichsen 147-146 and another Dane, second seed Tanja Jensen 148-144. That pitted her against top seed Paige Pearce-Gore of the USA - and it was evenly matched all the way. Both finished on 148 points which meant only one thing - a single arrow shoot-off. Pearce-Gore hit the nine but Sarah took the title with a 10.

Britain's other female compounder, Hope Greenwood, was seeded 10th but was kept out of the quarter finals by Sunniva Lislevand of Norway. Britain's only compound man, Alistair Whittingham, survived a shoot-off against American Brad Rega but fell to eventual bronze medallist Mike Schloesser of the Netherlands.