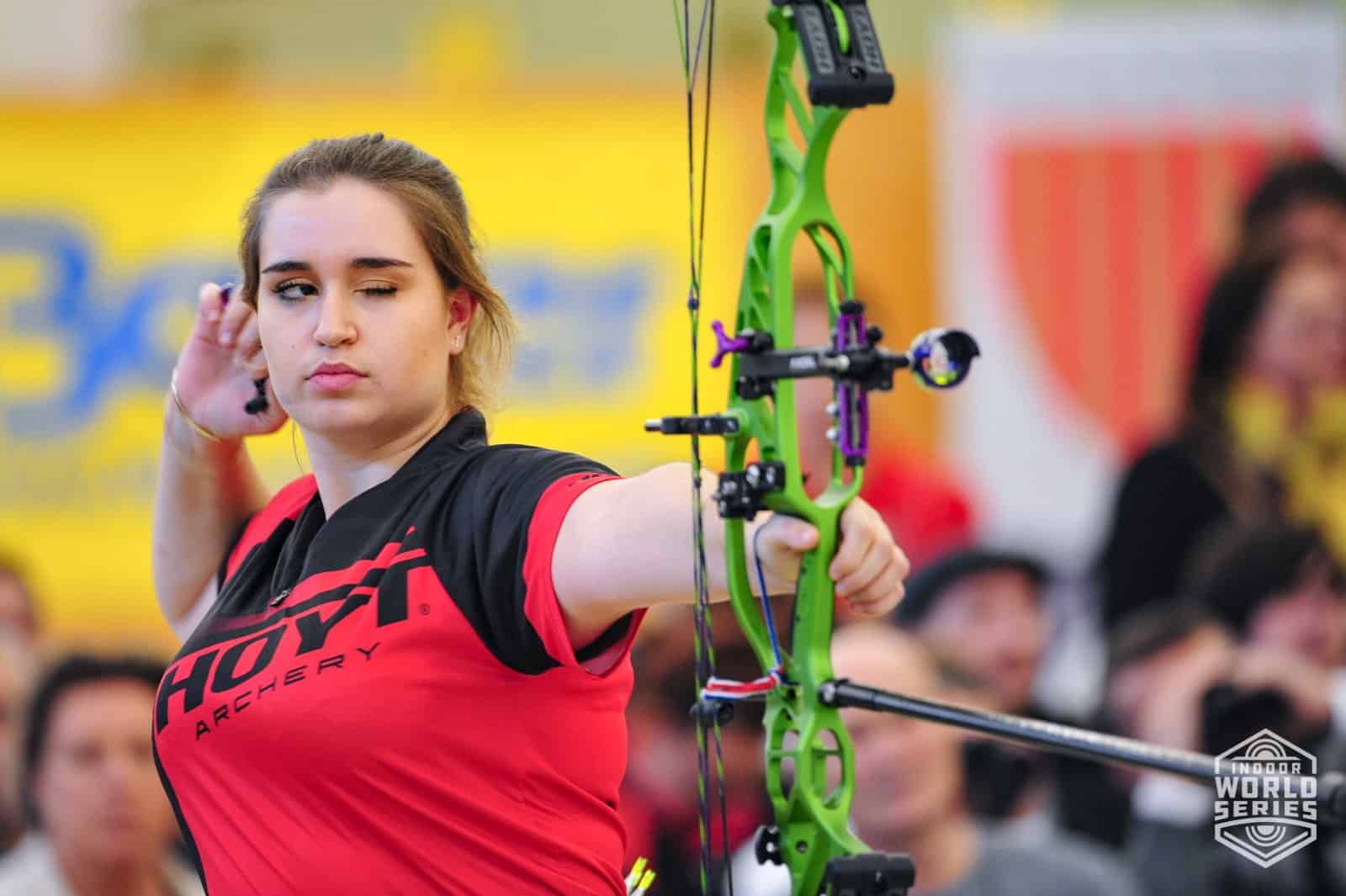 19-year-old and World Record holder, Ella Gibson won the bronze medal against Toja Ellison, Slovenia, in a one arrow shoot-off.

Ella shot the new World Record of 596 on Friday night during qualification, which was matched by Janine Meissner. World Archery commented, "the record will remain Ella's since she recorded the result a full day prior. (If the scores had been shot on the same day then the record would be shared.)"

As both Janine and Ella shot 596 at the competition, the top seed was decided by a coin toss, which went to Janine, leaving Ella ranked second.

To get to the bronze medal match, Ella had to shoot against 31st seed Kerstin Weyand of Germany, winning 147-144. Then she faced 15th seed, Sanne de Latte of the Netherlands, again shooting 147 beating Sanne by one point.

In the 1/4 matches, Ella faced seventh seed Amanda Mlinaric from Croatia, taking the win on a one arrow shoot-off. Both shooting a 10, but Ella's was closer and therefore took the win. Next up was third ranked Sophie Dodemont of France, who managed to take the win from Ella shooting 147 to her 146.

Ella explained to us, "I am super happy with how my qualification went on Friday, I wasn't exactly expecting or aiming for the record until around halfway when I started to get in a nice rhythm and realised I could actually do it.

"I'm really happy I managed to hold my nerve and get it. I was, of course, nervous going into the bronze medal match, I knew it wouldn't be easy to win and anything could happen out there, it was pretty close going into the last end but I was actually enjoying the whole match.

"The one arrow shoot-off was so nerve-wracking but when my arrow landed in the ten, it was the best feeling just relief and happiness, so I'm really happy to come away with bronze and overall I've had a great weekend at the GT open! I'll definitely return next year, it's been a great shoot

Also from Great Britain, Sarah Moon and Bayley Sargeant finished joint 17th in the compound women. Matthew Wong in 36th, Simon Scott in 45th and Tim Nash in 51st in the compound men. Rachel Moon, the only recurve woman from GBR finished 17th.