Over 120 archers lined up for the 2019 National Clout Championships hosted by Bronte Archers in Bradford. 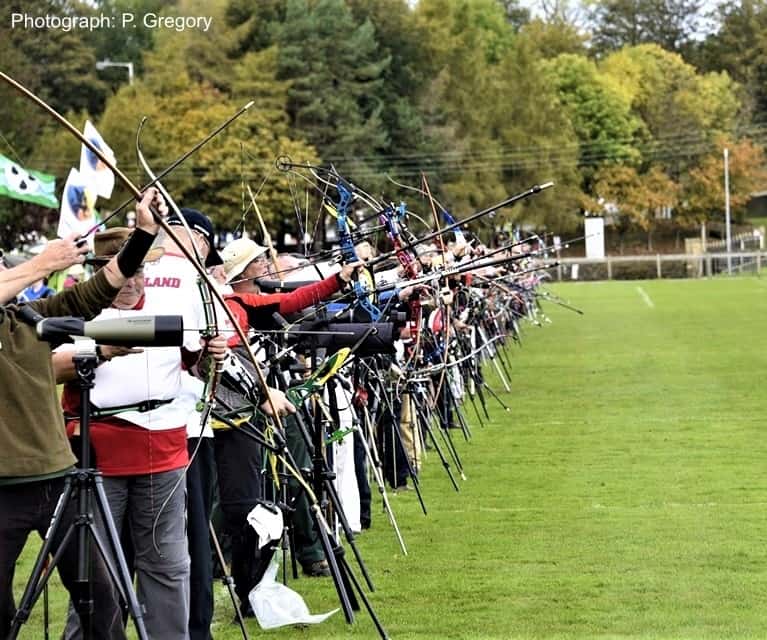 In a season of 60 tassel and record status clouts, shot in all weathers which ranged from a whirlwind in York to a mud bath in Kendal, it was with great relief that the rain stayed away as did the wind which made for some great scores.

This years champions are:

There were 3 National records broken and 16 tassel awards claimed on the day. Best clout of the meeting went to Michelle Loxley of Osprey Archers.

For full results, please see below.

Thank you Darren Barker for your help with the wording and photograph!