The National Tour season returns for 2022, here is the low down on our favourite recurve archers to watch this year! 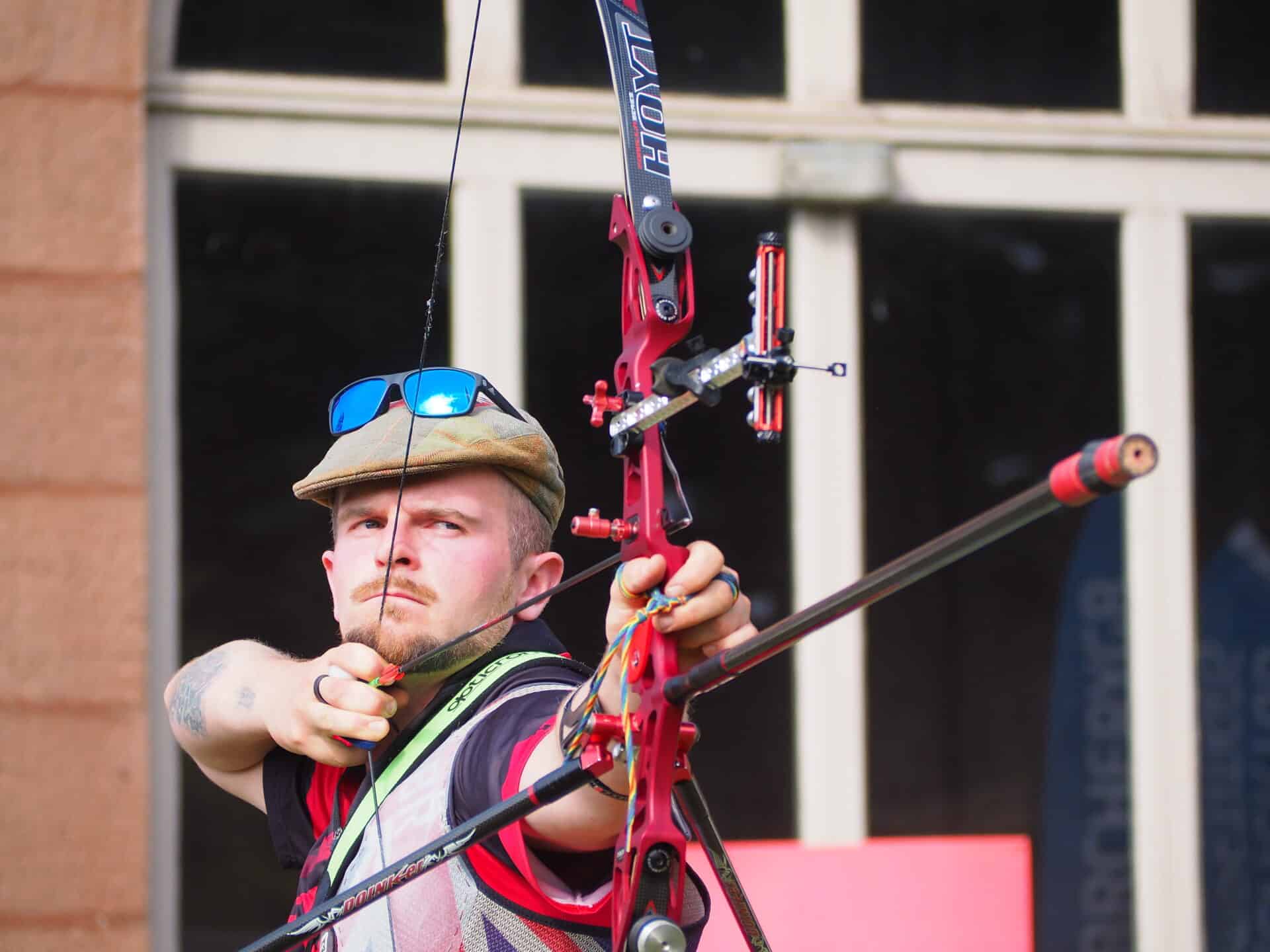 With the 2022 National Tour season fast approaching, who are the 2022 favourite recurve archers?

Bryony Pitman not only has been at the top of the National Tour rankings for a good few years now, and taking the win numerous times. She just won her first World Cup stage individual gold, mixed team silver and team gold! It is safe to say Bryony is on top form ahead of the 2022 national circuit. Let's see what World Number 5 has said ahead of the season.

How do you feel about the National Tour season ahead?

"I'm excited to be shooting the National Tour again this year. It'll be nice to have a relatively normal competition season after the last couple of years."

How do you feel going into the season, it is different to previous ones?

"I'm looking forward to the Final. I'm really glad it's back in Nottingham. I shot my first Final there and it had such an awesome atmosphere. It attracted more non-archer spectators than other venues."

"I think I'll miss some stages for international events, but fingers crossed I'll be on the podium at all of the ones I can attend. I hope I can qualify for the Final first again. And it'd be great to get my third Final win this year!"

Any advice for new comes to the National Tour scene?

"Don't stress about it. The stages are just the same as any other competition. The Final is a whole lot of fun! just do your best, and worst case you get a ranking to improve on next year."

Jaspreet Sagoo has been on the National Tour Final season for a number of years and won in 2019. She also recently competed in her first World Cup, being part of the Women's Team which won gold. What does she think ahead of the season?

How do you feel ahead of the National Tour season?

"I'm excited for the National Tour this year because last year went so well."

How does it feel going into this season, is it different to previous ones?

"I feel more ready for this season compared to last season. I'm more mentally ready to perform the best I can."

"I'm looking forward to competing with familiar faces around the country."

What are your goals and aspirations for the season?

"My goal is to win the National Tour Final."

Do you have any advice for newcomers to the National Tour scene?

"If the first stage doesn't go as well as you thought, then learn from it so you're ready for the next one. Just remember it will add to your experience. So just enjoy it."

Penny Healey is fresh off the back of her first World Cup, and World Cup medal. Last year Penny was the National Tour Finals winner for the Recurve Women, how does she feel ahead of the season?

What are you most looking forward to about the 2022 National Tour season?

"This season I'm looking forward to seeing everyone compete outdoors again. I love the competition on the National Tour and it's always fun!

How do you feel going into the season having won 2021?

"I'm feeling pretty confident. I'm now coming back into it after winning international medals. Both in Vegas and the Antalya World Cup, so that's helped a lot."

What would it mean to you to make the finals at Wollaton Hall in Nottingham this year?

"It would mean so much, especially to have done it 2 years in a row. It would mean even more to win it again!"

What are your goals and aspirations for the National Tour season?

"I would like to score a new Personal Best and beat my European record. As well as going into the Finals and winning again."

Which is your favourite stage of the National Tour and why?

"I can't decide between stages which one I prefer! They're always fun and always are nice competitions to go to."

Any advice for younger archers who are participating in the NT for the first time this year?

"Just go out and have fun! You perform your best when having fun. What matters most is the experience and seeing what you can learn, not only from yourself but from others at a competition!"

Patrick has won the National Tour Finals more times than anyone else on the circuit. Could this year be his fifth Finals win? He told us how he is feeling.

How do you feel about the National Tour season ahead?

"I absolutely love competing at the National Tour events around the country. There is nothing better than the high-level competition."

How does it feel going into this season, is it different to previous ones?

"This season feels notably different, given there is $1000 per stage on open contingency from Hoyt. So that makes things real spice. It feels much the same as every other year, exciting, but with a bit more cheese on offer!!"

"I am most looking forward to seeing all of my friends from the National circuit and mixing with the other archers at the events."

What are your goals and aspirations for the season ahead?

"My goals are as many gold medal finishes as possible. Gotta earn a living! And then a fifth victory in a few months' time."

Do you have any advice for newcomers to the National Tour scene?

"My advice to newcomers would be to come along, experience the events. Work on your process before the events. Train aiming off for the wind (try centring your sight so you aim off to hit the middle, then score.). And my biggest piece of advice is to use one of the many arrow plotting apps available, those are free points!"

Keith Harding is heading into the 2022 season after taking the top spot in the 2021 rankings. How does he feel going into this new season?

How do you feel about the National Tour season ahead?
"The National Tour is probably going to make up the vast majority of my competition season this year. As with most years. I'm hoping it's going to be a good year for all competitors as. As now there are fewer restrictions surrounding covid-19, tournaments should be more accessible to more people."
How does it feel going into this season, is it different to previous ones?
"For me, there's a bit less emphasis on my performance at these competitions. I'm hoping to attend the World Archery World Cup stage in Paris, so my focus is on that, for now. Moreover, I'm still getting to grips with some changes I tried to make last year. Changes in my fundamental approach (it's proving a big challenge!) and some physiological conditioning need addressing to enable that. I'm trying not to have any expectations for tournaments. I just need to be aware of how I am operating and how this will influence my subsequent training period. The change to the World Archery timing rules (3 minute ends) also promotes this change in fundamentals. So it seems like a good time to get used to that change too."
What are you most looking forward to with this National Tour season?
"This year I'm looking forward to the return to Evesham. It's been a while since I've visited the club, so it will be good to see some people I haven't seen in a while. It's a well-run event and the club is really welcoming. Sadly I won't be able to make it to the stage in Scotland, even though I liked the idea of going somewhere new!"
What are your goals and aspirations for the season ahead?
"It'd be cool to make the finals again this year, but again, zero expectations! I think, for me, this year I need to get back to enjoying tournaments."
Do you have any advice for newcomers to the National Tour scene?
"National Tour is a great way to experience the target side of the sport. It is most similar to World Archery international tournaments (World Cup legs, world ranking events). If you are a newcomer, then come and see what it's like. There are lots of friendly faces and it's a chance to experience the top-level format of the sport and to meet people, from across the country, who really love the sport!"

The 2022 National Tour will be hosted by clubs around the UK. If you want to follow scores live, check out Ianseo throughout the year.

Thank you to our incredible sponsors for supporting us!