Nimes: One gold - and more medals to come!

Britain has its first gold at the third stage of the Indoor Archery World Cup in Nimes - and both Alex Wise and Lucy Mason will be aiming to add two more to the haul tomorrow! 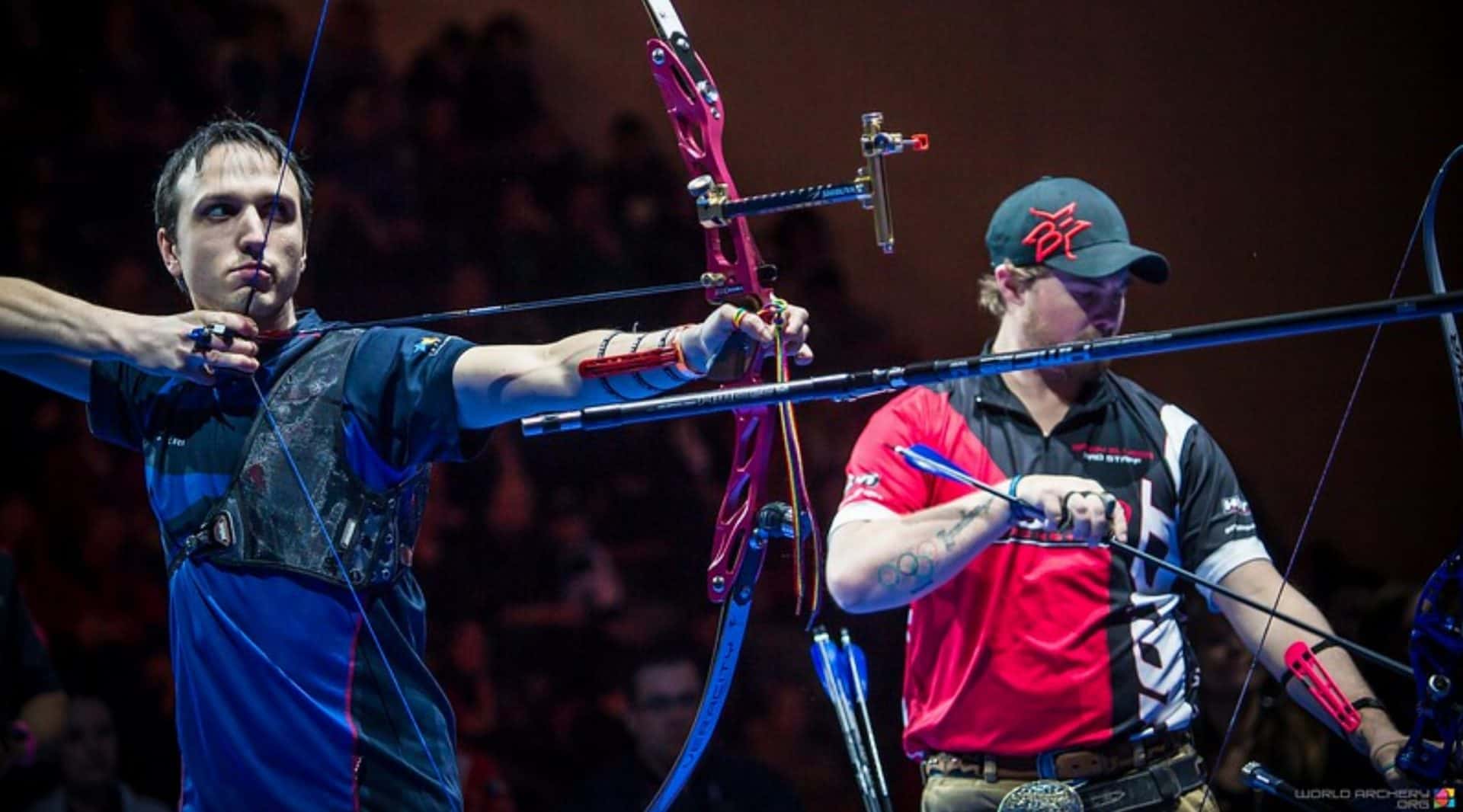 Alex Wise ranked second in junior recurve men's qualification then saw off Alen Remar of Croatia 7-1, Turkey's Goze Dogukan in a shoot-off, Jonah Wilthagen of the Netherlands 6-4 and Belgium's Senna Roos 6-4 to earn a gold medal showdown with Anthony Barbier of France.

Jacob Reid beat Perkin Tahmaz of Turkey 7-1 to reach the last 16 but his hopes were ended by Norway's Sander Hasthi Thorbjornsen. Daniel Thompson qualified in 68th place. Our only representative in the women's category, Alyssia Tromans-Ansell, reached the last 32 but was denied in a shoot-off.

Layla Annison reached the last 16 but was thwarted by a shoot-off against Italy's Francesca Bellini. Isabelle Carpenter and Sarah Moon finished in 21st and 22nd spots with Grace Chappell 27th.

In the senior categories, recurvers Bryony Pitman and Sarah Bettles both made it to the quarter finals. Ninth seed Bryony saw off France's Pauline Chartrin 7-3 and Laurina Villard 6-2 before coming up against top seed Sim Yeji. It was a hard-fought battle but the Korean won 6-4 and is now in the gold medal match.

Top compound seed Sarah Prieels, of Edinburgh University, defeated Evelien Groeneveld of the Netherlands 145-140 and Denmark's Tanja Jensen 147-142 but was stopped in the quarter finals by another Dane, Sarah Sonnichsen. Andrea Gales reached the last 32 but was defeated by Paige Pearce-Gore of the USA while Hope Greenwood was halted by Inge van Caspel of the Netherlands and Bayley Sargeant fell to Mexico's Linda Ochoa-Anderson.

And, in the first over-45s category at the Nimes tournament, compounder Alistair Whittingham finished joint sixth with Martin Krusche in 65th spot.

You will be able to watch live coverage of tomorrow's finals here. And Archery GB will be posting Facebook and Twitter coverage live from the event.

You can also follow events as they happen on the World Archery site and on Ianseo.