Qualification at the European Indoor Championships 2022

The European Indoor Archery Championships 2022 has begun in Lasko, Slovenia. The week has kicked off with the first day of competition with the qualification round. 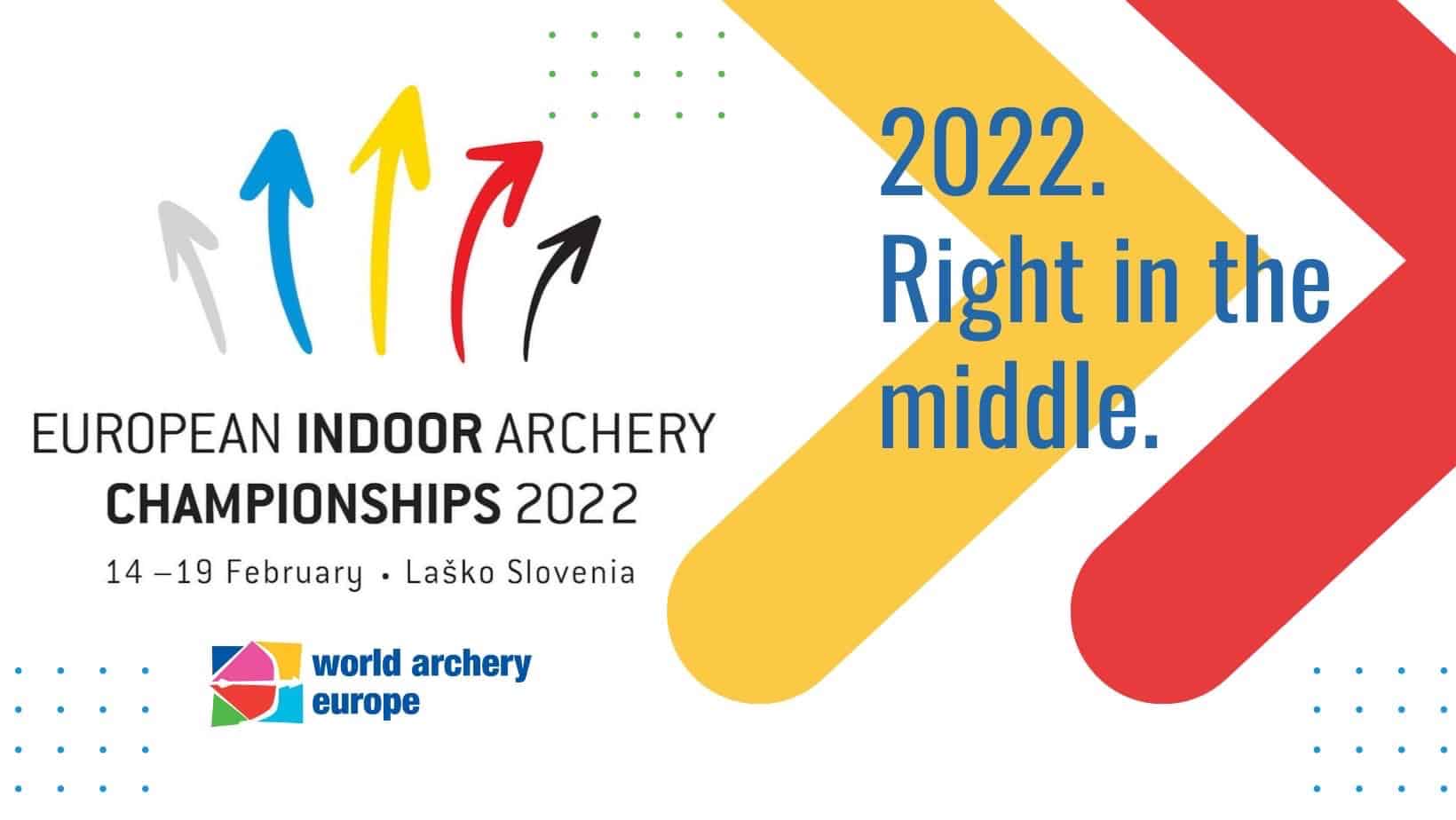 The archers shot a WA18 round for their qualification today, with a maximum of 600 points up for grabs. Great Britain has a great showing out in Slovenia for this tournament, including both new and familiar faces.

Fifteen-year-old Oliver Hicks has taken first place on the leaderboard for the barebow men with 553 points. He tied with Swedish archer Leo Pettersson, but Oliver was able to grab the top spot based on a higher ten count. Despite only being a junior, Oliver has competed in the men's category in his very first international shoot as a part of the GB team. At the UK Indoor Nationals, Oliver came away with the bronze medal. He also recently shot the World record for junior barebow men WA25 round with 551 points.

For the under 21 barebow women, Amelia Chumber shot 471 points to put her in 3rd position. Out in the US for the Lancaster Archery Classic, Amelia won bronze for the Youth and Collegiate Trophy. Kathryn Morton shot 288, putting her just below her teammate in 4th place. At the 2021 European Field Championships in Porec, Croatia, Kathryn came away with the silver in the junior barebow women category.

Starting with the compound men, Stuart Taylor shot a 590 which earned him 7th position in the rankings. In 2021, Stuart attended the European Youth Cup as the acting compound coach, and at the end of December, he became the new UK National Indoor Champion.

And for the women, Ella Gibson shot a 585, placing her in 6th. Most recently, Ella became the 2021 AGB Back2Back champion, and she also came 3rd at the Lancaster Archery Classic held in the US.

As for the under 21s, Great Britain has full men's and women's teams competing.
Lewis Haslam is one of the more experienced junior athletes attending this event, and he came first for the GB men with a 587, placing 9th overall. He recently competed at the 2021 World Youth Championships in Poland.
Thomas Lane was next with a 581, putting him in 17th position. Thomas recently made his junior GB debut at the World Youth Championships, and this is his first international indoor event.
For the third member of the team, Oscar Orford, this tournament will be his very first representing GB. He has earned himself 20th place in the qualifying rankings with 577 points.
In the team round, the junior men are ranked in a respectable 4th place.

For the under 21 compound women, Grace Chappell and Jenny Bryan both shot a 580. Grace just pipped Jenny for 4th place rank based on her higher ten count. Both women have competed with the youth team for a few years now, including the World Youth Championships and several different European Youth events.
The youngest compound women's team member, Patience Wood, shot 570 to put her in 15th position. She made her GB youth debut at the 2021 European Youth Cup in Romania.
As a team, the women are going into the head to heads in 3rd place.

For the recurve men, Tom Hall shot a 584 to place him in 19th in the rankings. Tom is one of GB's 2020 Tokyo Olympians, and most recently he became the new AGB Back2Back champion.

Recurve woman, Jaspreet Sagoo, came in 4th place for the qualifying round with 584 points. She tied on a score with 2nd seed Alexandra Mirca from Colombia and 3rd seed Olympian Gaby Schloesser from the Netherlands. In September 2021, Jaspreet came away with the silver at the Archery GB National Tour Final.