Records from all angles!

Ella Gibson has had an incredible year, winning three World Cup, one World Youth Championships medals and now, Ella has officially shot over 700 in competition to take numerous records! 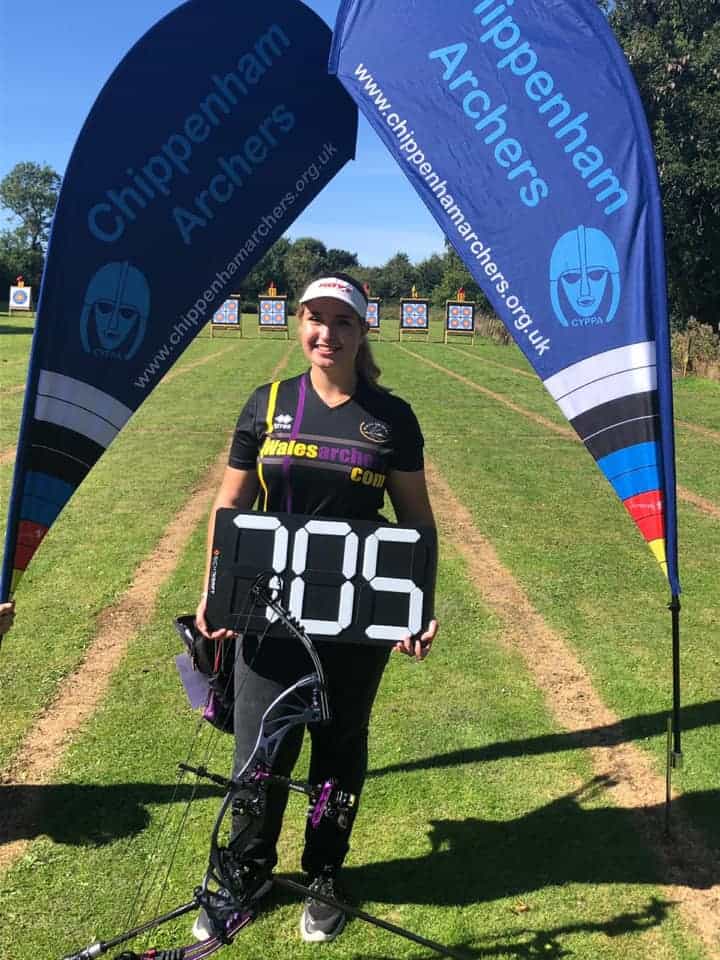 Saturday was an incredible day as well as one of the most difficult.

I set out at the start of the day to break a record, I wanted the UK national record but agreed with myself that if I didn't get it I had to get the Junior World record for the double 50m round. That made my morning quite stressful but also amazing.

The last few months I've been hitting 700+ scores almost every time in practice but not once in competition which was becoming a little frustrating so, to finally do it was an amazing feeling. My last end of my 705 was the most difficult because although I didn't know exactly what score I was on I knew I would break the record by a comfortable amount so long as I ended well.

I just kept telling myself on the line that if I shot a 59 then I would be ok, just a 59, I didn't need that perfect 60, I was allowed one nervous shot but I needed a 59. My second arrow in went into the nine which was a relief to be honest because then I could relax and shoot the rest in the ten finishing on the 59 I asked from myself, and shooting a 705.

I had no idea at the time it would also be a European Junior record so that was a really nice surprise after it. The second round of the day came both much easier and much harder.

I used so much adrenaline and energy into my first round that I was exhausted before I even started my second, but after settling in and finding some focus and a new goal (to again shoot over 700) I shot really well, certainly not as well as the morning but considering how tired I felt I'm really happy with a 701 finish.

The two rounds combined scored a 1406 which broke the UK double 50m round record, the European Junior, European Senior and the World Junior record. It was a really great day and well run tournament at a lovely venue.

Congratulations on adding to your 16 records Ella!