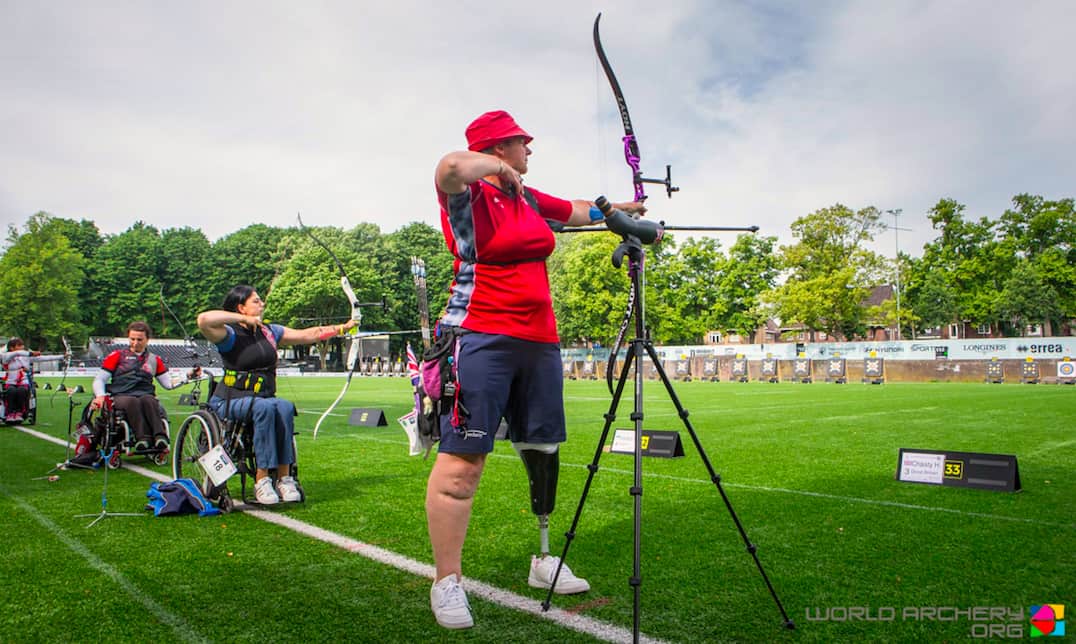 Recurver Hazel was seeded third in the quota place secondary tournament and saw off Thais Carvalho of Brazil 6-2 and Korea's Kin San Ran Sook 6-0 to land a gold medal showdown with Roksolana Dzoba-Balyan. It was a tough battle and the Ukrainian finally won 7-3 - but silver was enough to earn Britain the coveted Paralympic spot.

David finished third in his competition and it, too, was enough to land a quota spot. The recurver, also seeded third, beat Azerbaijan's Jahan Musayev 6-2 but lost to Turkey's Sadik Savas in a shoot-off. That left him facing Timothy Palumbo in the battle for bronze - and he turned on the style to beat the American 7-1.

Compounder Jodie Grinham today came so close to adding another medal. The top seed lost 136-143 to Russia's Anastasia Dzhioeva and faced Oznur Cure in the battle for bronze. At the end there was only one point in it - but it went in the Turkish athlete's favour.

You can find all the results here. And you can find the Paralympic quota tracker here.