The 2022 British 3D Championships took place over the weekend of the 7th and 8th May. Chris Horan gave us an insight into how the weekend went. 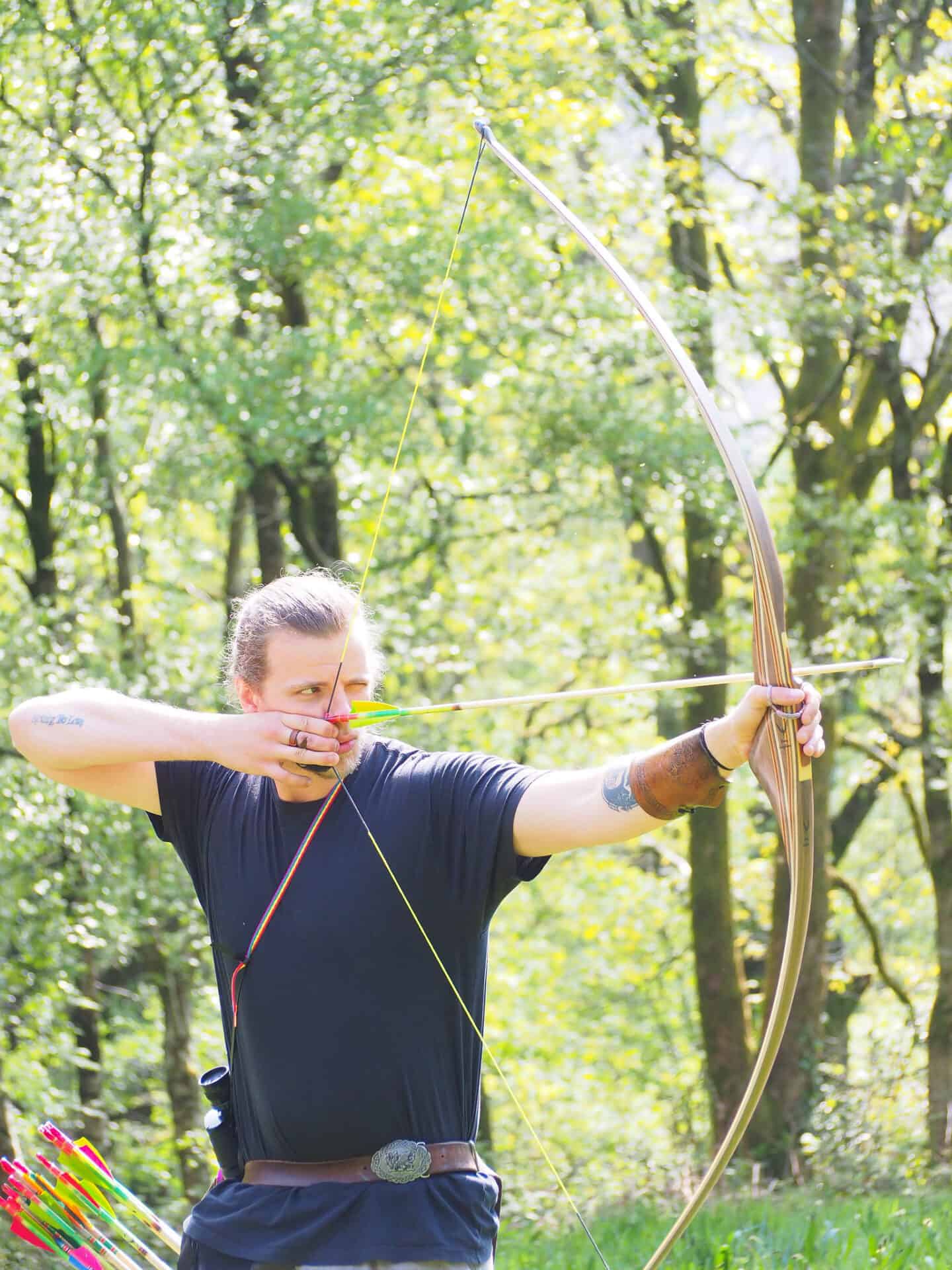 The 2022 British 3D Championships were hosted by Pentref Bowman at the Glyncornal Archery Centre, located in the Rhondda Valleys, Wales - a venue steeped in field archery history.

It is widely regarded as one of the most technical field archery courses in the UK; with the same venue having previously been used to host the World Field Championships in 2008.

The Championships were competed over two days, with each day the archers completing a course of 24 targets set on undulating terrain in both woodland and open meadows.

For those new to 3D archery, the distances between the shooting peg and the target are unknown to the competitors. Bow styles with sights compete at targets set between 5 metres and 45 metres; for unsighted bow styles these parameters are reduced to 5 and 30 metres respectively.

Upon arriving at the shooting peg, archers have a two minute time limit to estimate the distance to the target and shoot two arrows.

Scoring rings on the animal targets have values of 11, 10, 8 and 5 points. A maximum score of 22 points is therefore available for each of the 24 targets.

The weather was warm and dry, peaking at around 19°C  on both days.

Interviews with the winners

We spoke to a few of the winners of the 2022 British 3D Championships about 3D archery and their win.

"I am really pleased to have retained the title for a second year. It is bit of a confidence boost having been beaten at most shoots so far this year."

"Course was good, fairly easy-going on the footing and gentle slopes. Distance judging was a bit challenging in places, with the course designers making the most of dead ground to make it tricky."

"Very busy season ahead, 3D's, field, and squeezing in a few more target shoots too to get as much H2H practice as possible ready for the World Games (field)."

"Don't rush judging the distance, have 2 minutes to shoot 2 arrows, so can safely spend 30secs working out the distance. Practice judging distances, the more you do it the easier it gets. Moving head from side to side helps identify hidden ground (if background moves unexpectedly more than foreground). Once you've decided on distance, commit to a strong shot, so you can be confident how much to adjust on your second shot."

"I'm really excited about it! It's my first win at a British Championship, so a huge milestone for me."

"A good difficulty for red pegs. Enough long shots to keep it interesting, and enough short ones to make it achievable. I would have liked to see some really short ones (5-10m), because those have only come in for red pegs in the last few years. Hopefully I'll get some of them at the next one!"

"I've got 2 more WA3D shoots in the diary, but that's all in the calendar just now. I'm really concentrating on 3D this year. So I'll be filling up my other weekends with NFAS shoots, which are all unmarked 3D"

"Don't be afraid of losing arrows! All the targets this weekend had well placed bosses behind them. So if you do get the distance wrong and miss, your arrow will be safe! Other than that, you'll need a decent pair of binoculars to see the scoring zones. And remember, there's always a picture of the animal before the peg, so you can see where to aim."

"It feels great! I did not come into this shoot with the expectation to win, I felt too unprepared. But the conditions and atmosphere were great and I managed to shoot well enough to find the podium."

"This course was actually pretty tough. It felt long and there were plenty of punishing target placements, credit to the course layer. Pentref and their team have such a diverse area to use, you never know what to expect when you turn up! For the British champs however, I should have expected the challange! I do enjoy a tough course though and this one did not disappoint."

"It's light for me. My next event I hope to be the ABO Field champs, back at Pentref at the end of the month where I hope to try and defend my longbow title. After that will be the English Field champs at Wharfe"

"Get stuck in and give it a go! For unsighted, it's only a 30m max so shouldn't be too intimidating. I ground count in 5m increments and find this to be sufficient to get me within a few meters of the target. If unsure about the distance, try and line your shot up with a leg or the tallest part of the target so if you go a little high or low, you still score some points and can adjust from there. I still do this from time to time."