Bronze for Britain at Antalya! 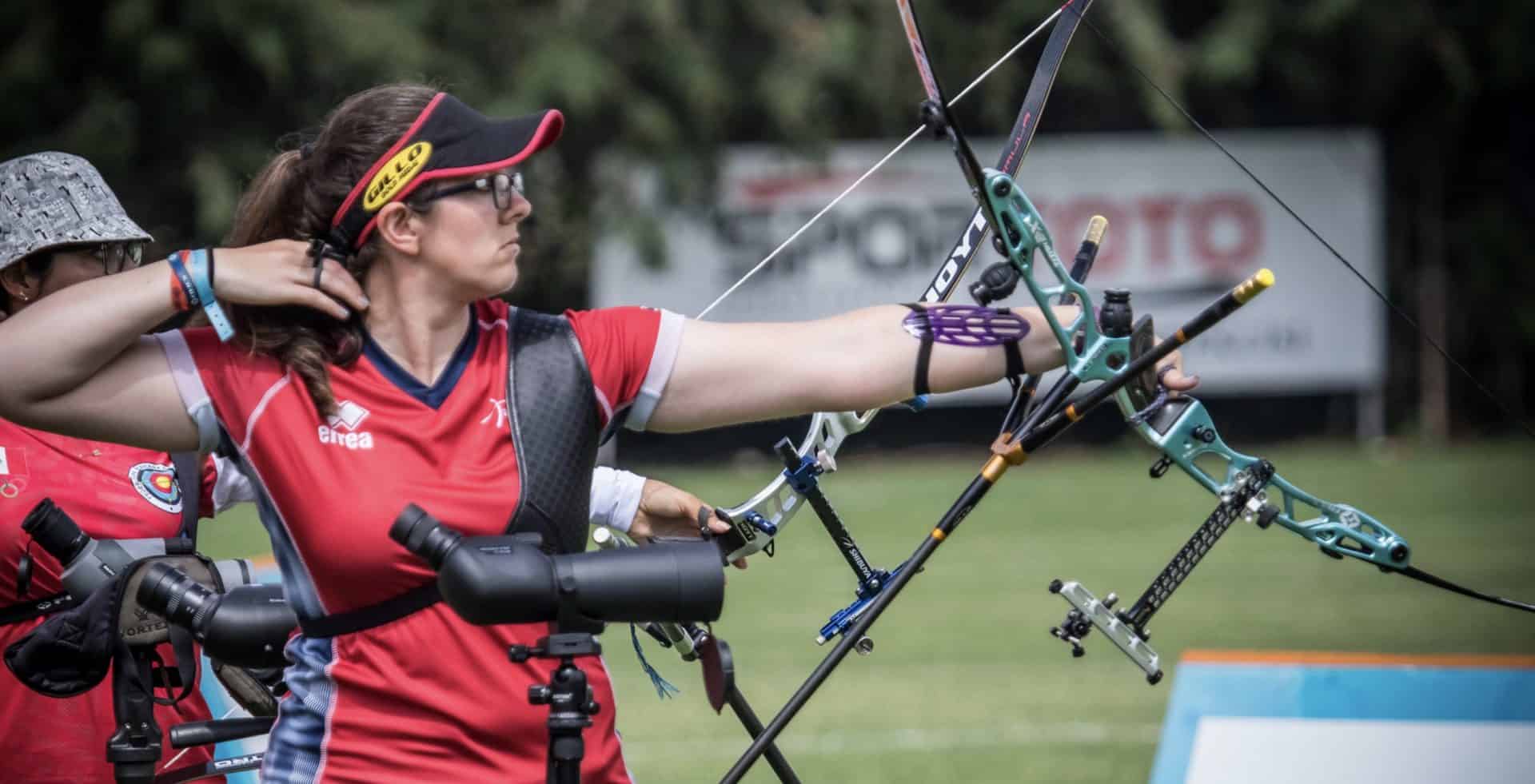 The compounders, who smashed their junior team ranking round world record by nine points during qualification, beat Germany 234-223 but were edged out of a shot at gold by the USA. That meant any medal hopes depended on beating Jyothi Surekha Vennam, Swati Dudhwal and Muskan Kirar. India took first blood but then Layla, Ella and Lucy hit form to claim a 228-226 victory.

Yesterday, our mixed teams were in action. Recurvers Bryony Pitman and Patrick Huston had defeated Kazakhstan but fell 3-5 to Russia and our compound team of Layla and Neil Bridgewater also beat Kazakhstan but lost out to Turkey.

In the other team categories, compounders James Mason, Neil Bridgewater and Stuart Taylor battled hard but lost by a single point to France. Recurvers Tom Hall, Patrick Huston and Alex Wise beat Poland in a shoot-off but fell to the USA. Sarah Bettles, Naomi Folkard and Bryony Pitman were beaten in a shoot-off with Georgia.

In the individual competitions, recurver Naomi Folkard beat Tsiko Phutkaradze of Georgia in shoot-off and Sweden's Elin Kattstrom 7-1 but was defeated by France's Audrey Adiceom. Bryony Pitman lost to Germany's Katharina Bauer in a shoot-off and Sarah Bettles fell 4-6 to Elena Yachnik of Belarus.

James Mason was defeated by Elia Fregnan of Italy and Stuart Taylor beat Mads Haugseth of Norway 144-136 then lost a shoot-off against Mexico's Rodolfo Gonzalez. Neil Bridgewater defeated Filip Reitmeier of the Czech Republic 143-129 but then fell to India's Abhishek Verma, beaten 148-144.