Archery GB's 2019 Youth Festival - a week of fun, friendship and shooting at the highest level - came to a climax today as the individual titles were decided. 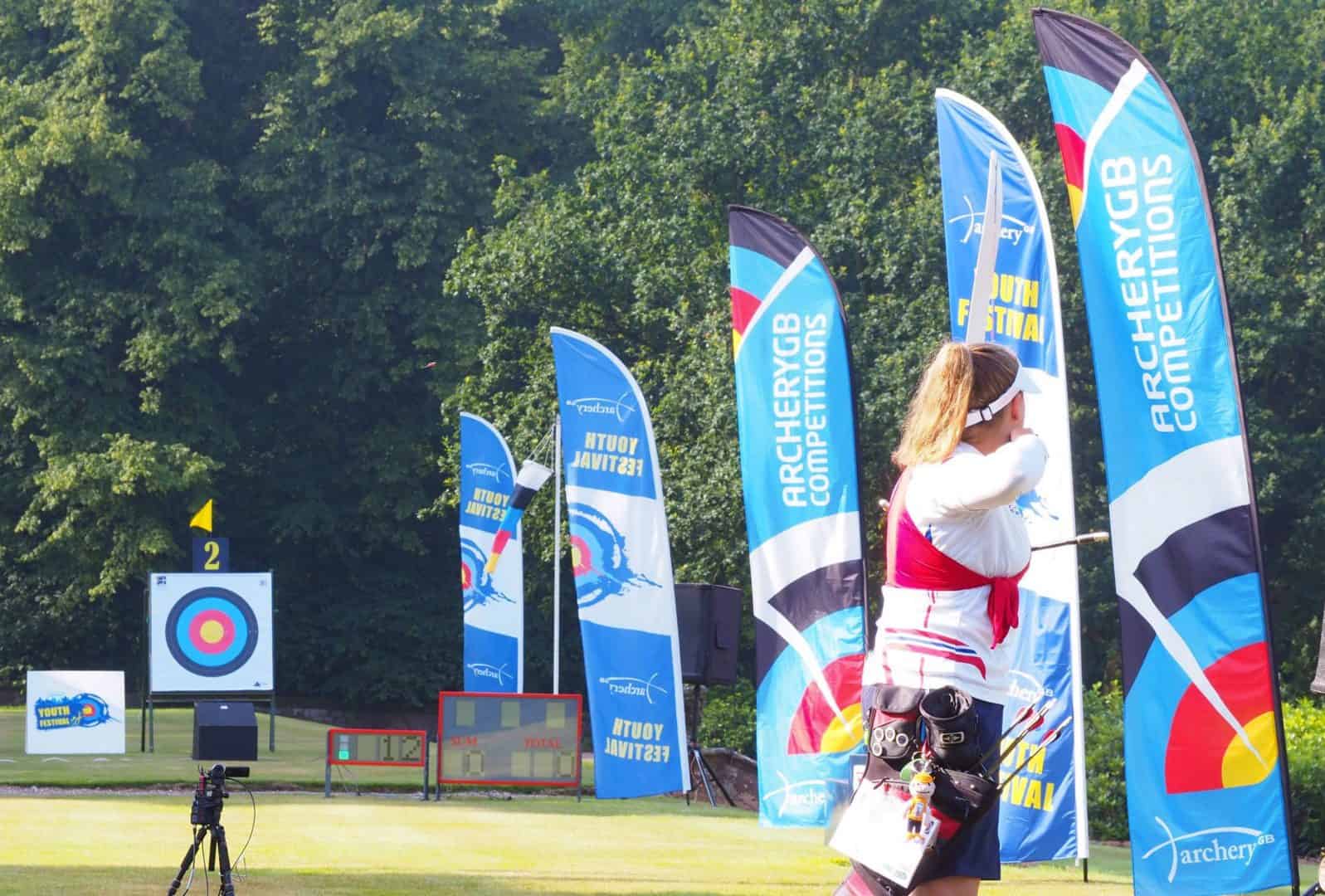 Compound junior Matthew Wong battled through some close matches, beating Kai Thomas-Prause 143-142 and Jake Walsh 140-139 to book a place in the title decider. There he faced Liam Peake who had defeated Lewis Haslam 138-132 and top seed Adam Carpenter 143-140. Matthew and Liam were equally matched throughout the final but Matthew managed to go one point ahead to clinch gold. Adam beat Jake in a shoot-off to take bronze.

In the recurve junior categories, our new champions are Jacob Reid and Ruby Paul.

Top seed Jacob defeated Szymon Mickiewicz 6-0 and Alex Rowe 6-4. All that stood between him and gold was Sri Lanka's Kavin Premaratne. He had beaten Will George 6-2, Danny McLaren 6-4 and Thomas Oakley 6-4 but Jacob was on top form and claimed gold with a 6-2 victory. Alex beat Thomas 6-2 to take third spot.

Ruby qualified in seventh spot but defeated Georgia Green 6-0, Nicole Burdett 6-0 and Hannah Rowley in a shoot-off. Another shoot-off decided the title as she faced Rachel Moon. The top seed had seen off Alice Harding 7-1, Leah Bannister 6-2 and Sophie Castle 6-2 and shot a nine in the single-arrow decider. But Ruby hit the 10 to take the title.

The men's recurve cadet title went to Daniel Thompson. He powered past Will Oakes 6-0, Luke Tassie 6-2, Jakob Barrett-Rees 7-1 and Austin Whitmarsh 6-2 to face Riley Spencer-Nice in the gold medal match. He beat Robbie Gillman 7-1, Charlie Medhurst 6-2, Thomas Susca in a shoot-off and Monty Orton 7-3 but had to settle for silver, losing 0-6 to Daniel. Austin edged past Monty to claim bronze.

Cadet Thea Rogers qualified in second spot then fought off Helen McCormick 6-0, Rhiannon Easton 6-2, Freya Palmer 6-4, and Shauna Punjabi 7-1 for her shot at gold. She faced Imogen Newby who had defeated Sophie Young 6-0, Emelia Belshaw in a shoot-off, Megan Costall 7-1 and top seed Penny Healey 6-4. But Thea was in no mood for defeat and took gold with a 7-1 win. Penny defeated Shauna in a tight match to claim third place.

The top two seeds met in the final of the women's recurve cub competition. Samantha Roberts qualified top and saw off Meghan Robertson 6-0 and Sophie Roberts 6-0 to book her spot in the title decider. She faced Megan Havers who had defeated Lucy Coutts 6-0 and Harriet Crook 7-1 but had to settle for silver, losing 2-6 to Samantha.

You can watch action from the finals here.

And you can find all today's results here.