The Olympic Archery Team competed this weekend in the team events. Plus an update on individual match times as typhoon heads for Tokyo. 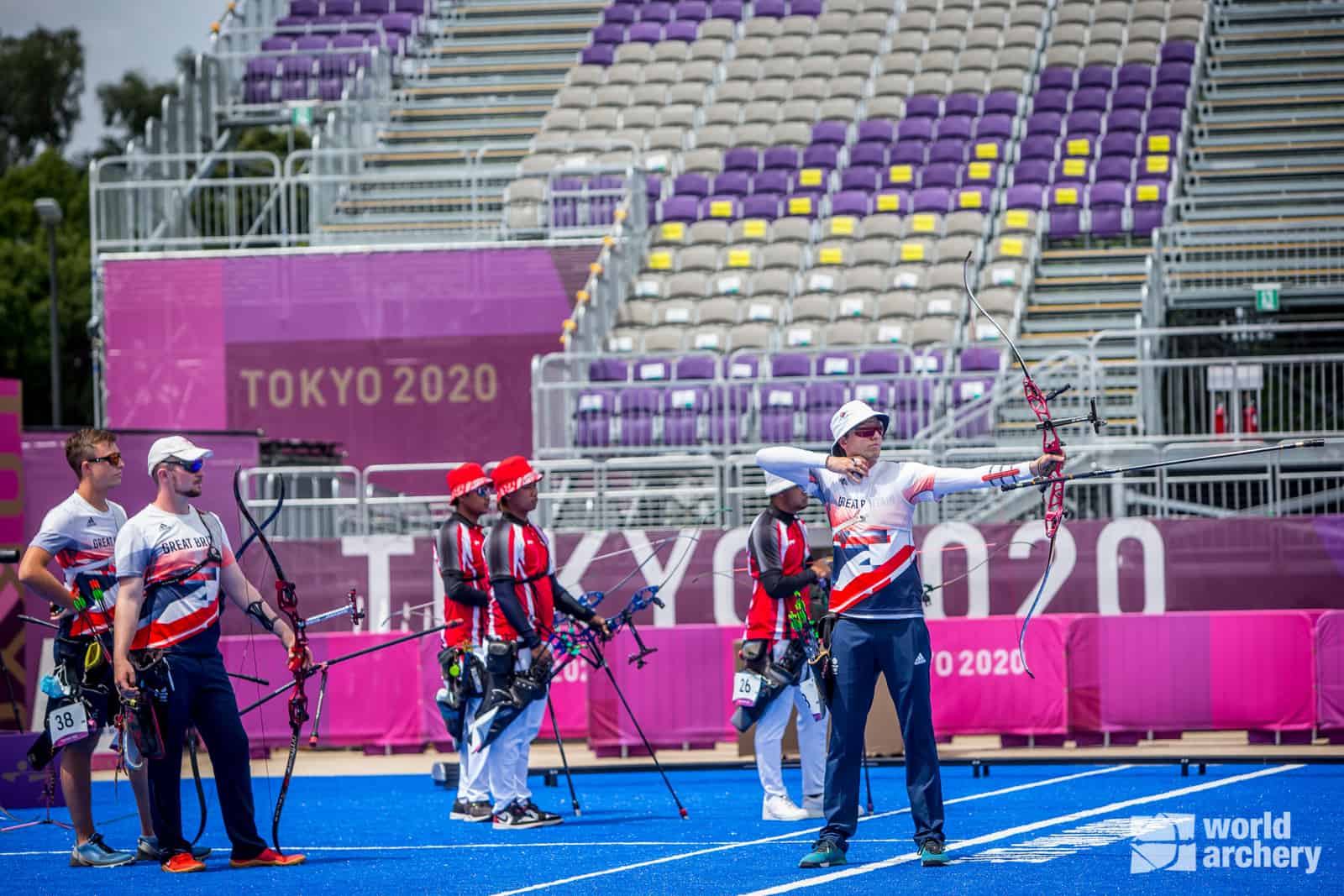 The early hours of Saturday morning, BST, was the first-ever Olympic Archery mixed team event. Shooting for GBR was Sarah Bettles and Patrick Huston. The team qualified in 12 position after qualification and therefore shot against fifth seed PR China. Bettles and Huston stayed consistent throughout their match.

GBR took the first two sets 4-0. With PR China fighting back to shoot a 38 to GBR's 36 in the third set. The fourth set was 37 apiece, meaning GBR took the win with just one arrow out of the gold and 5-3 set points.

In the 1/4, GBR were up against fourth seed Mexico. Bettles and Patrick opened strong with a 36, but that wasn't enough to beat Mexico's 38. Unfortunately, GBR could not keep up with Mexico, with Mexico taking the win 6-0.

Sunday saw the Recurve Women Team shooting against eighth seed Italy after qualifying ninth. GBR took the first set points to have a 2-0 lead. However, Italy took the next two sets taking it to 4-2 Italy. The third set was one point each, finishing on a 53 end.

The Recurve Men Olympic Team shot in the early hours of this morning. Their first match was against seventh seed Indonesia. Shooting 55, 53, 55 was more than enough against Indonesia. GBR men made quick work of the match and took the win in straight sets, 6-0.

Next, GBR were against the Netherlands, which qualified second. Starting with one set point each, GBR and the Netherlands were set for a close match. The second set was claimed by GBR to take a 3-1 lead. The Netherlands took the final two sets, winning 5-3 after finishing on a 57 end.

The Olympic Team events are over, which means it's time for the individual matches! Let's take a look at the current schedule for matches. All times are BST unless specified.