The Hyundai Archery World Cup Finals are being hosted in Tlaxcala in Mexico this weekend. 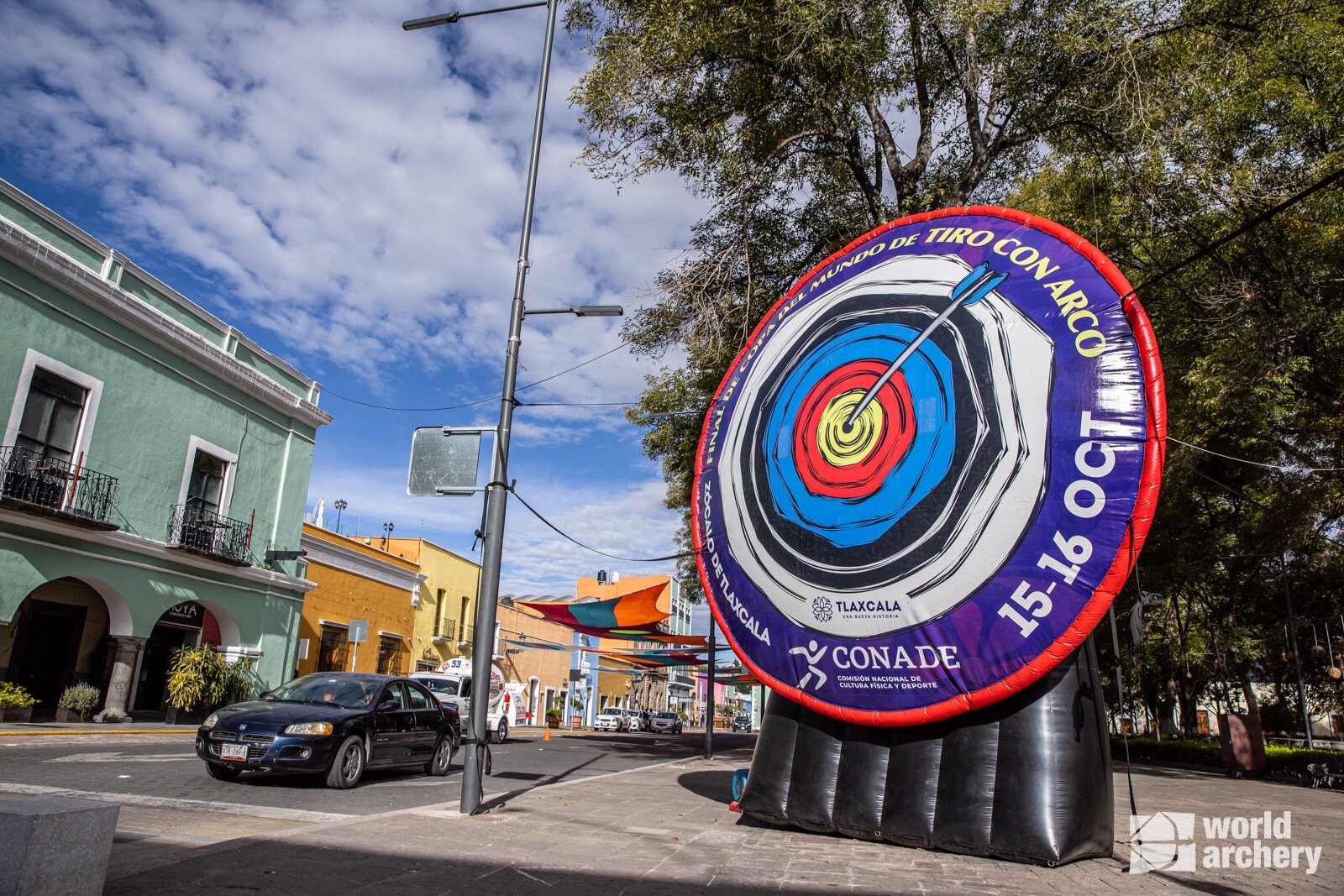 GBR have two archers qualified for the Hyundai Archery World Cup Finals this year, for the first time in a long time. Bryony Pitman will be shooting in the recurve women and Ella Gibson in the compound women. 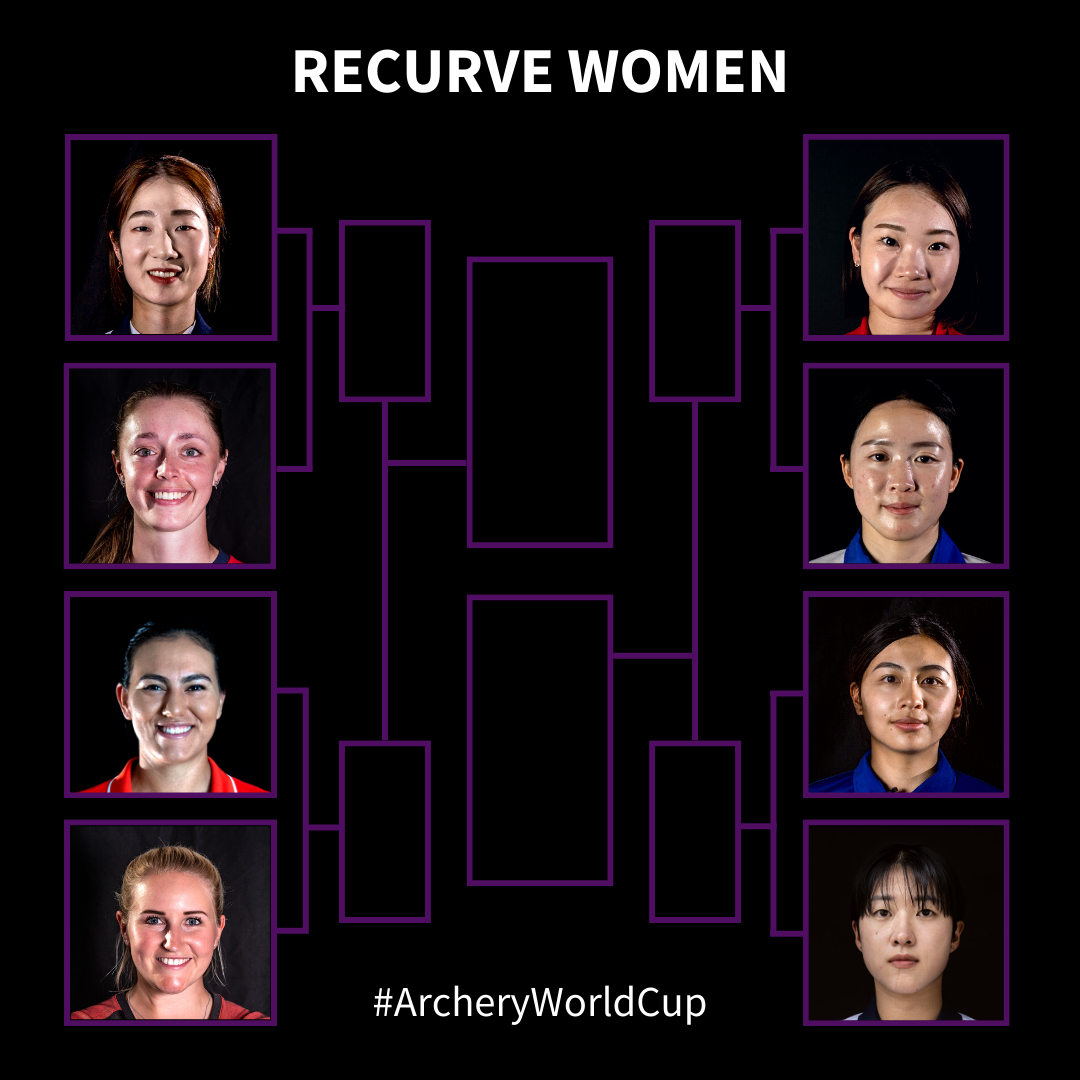 The competition is simply head-to-head starting in the quarterfinals. World Archery live streamed the draw in the early hours of this morning. Bryony will face number-one seed Choi Misun of Korea, while Ella will face third-ranked Dafne Quintero. 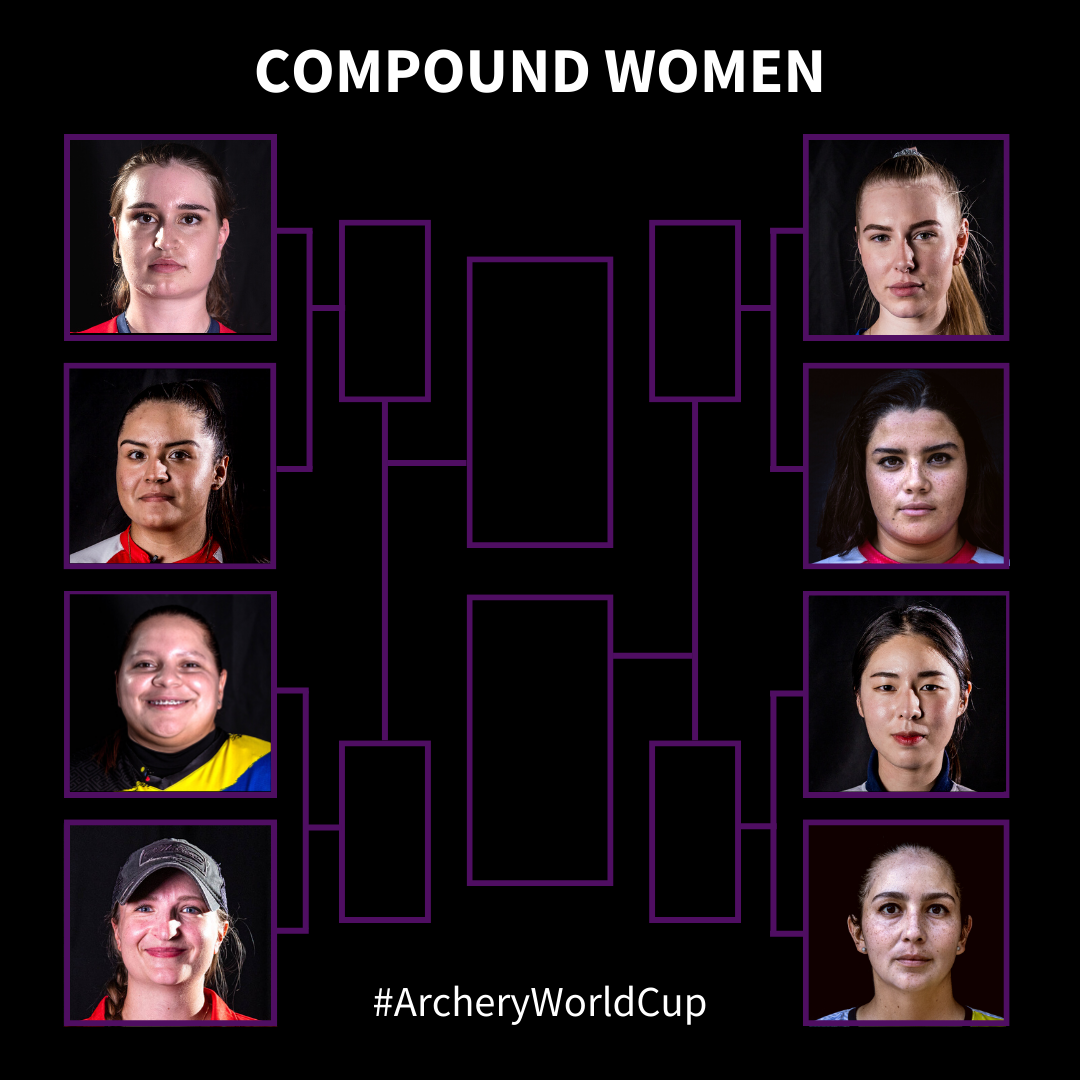 Each athlete will get 30 minutes of familiarisation in the arena on Friday 14 October.

Saturday is the big day for Ella Gibson and Sunday for Bryony Pitman.

Have a read to learn more about how the recurve competition and compound competition work during head-to-head matches.

Follow all of the live matches on World Archery's social media channels throughout the weekend. 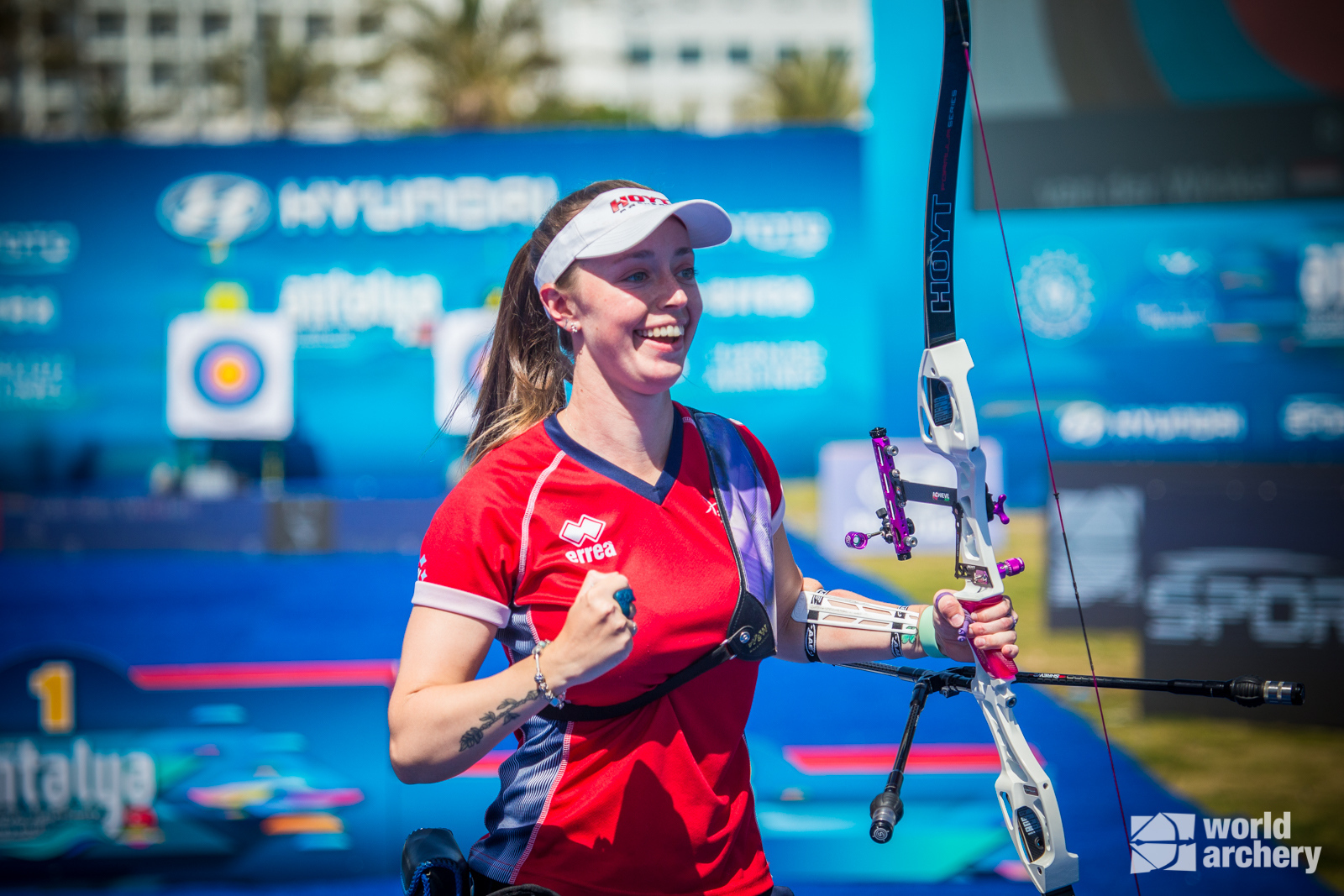 World Number 2, Bryony Pitman, is heading into the Hyundai Archery World Cup Finals ranked sixth. Bryony won her spot in the Finals after winning the Antalya stage of the Hyundai World Cup circuit at the beginning of the year. We caught up with her ahead of the weekend;

It’s been a long season, how are you feeling coming to the end of it?

I am feeling really good. I'm happy with what I’ve achieved this year individually and as a team but there is a lot to build on over the winter. I am definitely looking forward to having a rest from travel though.

This has been the most successful year for GB in recent years, what does it mean to you to be such an integral part of it?

It’s really cool. We’ve come a long way this season and it’s great that we can push each other to be better. Starting to medal is just half the battle though, we’ve still got to maintain these performances and keep improving.

What has been your favourite moment of the Hyundai Archery World Cup season?

How is prep going for the Hyundai Archery World Cup Finals?

What are your thoughts and feelings ahead of the Finals?

I’m just going to enjoy it. There are no easy matches in that final. I know what I’m capable of so all I can do is shoot like I normally do and see if it’s good enough on the day.

Ella Gibson is heading into the Finals as World Number 1. After winning three stages, Antalya, Paris and Columbia, Ella is top of the Hyundai Archery World Cup Rankings. 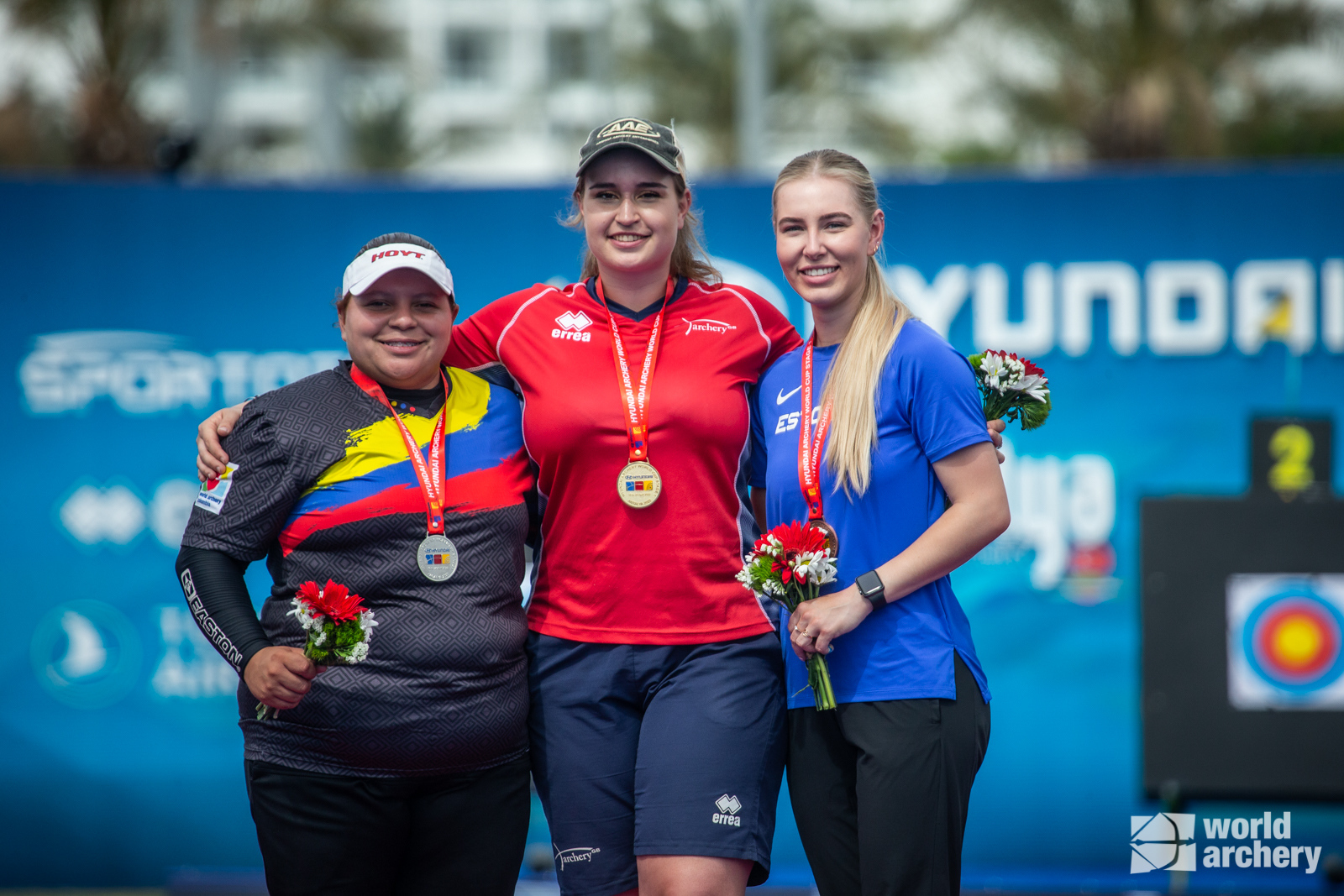 Ella Gibson is heading into the Finals as World Number 1. After winning three stages, Antalya, Paris and Columbia, Ella is top of the Hyundai Archery World Cup Rankings.

We spoke to Ella about her season so far and how she is feeling about the Finals this weekend.

"It's been an incredibly long season abroad for me, starting in April and now finishing in October. It's been a real challenge to stay competitive for this length of time, but I am really excited to finish the season with this event. It is my first World Cup Final, and feels like a fitting end to the incredible season that all of GB has been a part of. There hasn't been any part of the season that was specifically my favourite, they all hold a special place in my heart.

"It is impossible to prepare for something you have never experienced before, but I've been doing what I normally do before a World Cup - practising matches and shooting as high-quality sessions as I can manage. Before going to the World Field Championships, we had Mike and Gaby Schloesser over for a few days practising both disciplines as well as Bryony and I shooting alternate arrow matches out in Yankton before flying to Mexico."