What time is the Olympic archery on in the UK?

Here's the lowdown on the Olympic Archery Team and the schedule ahead of qualification on Friday in Tokyo. 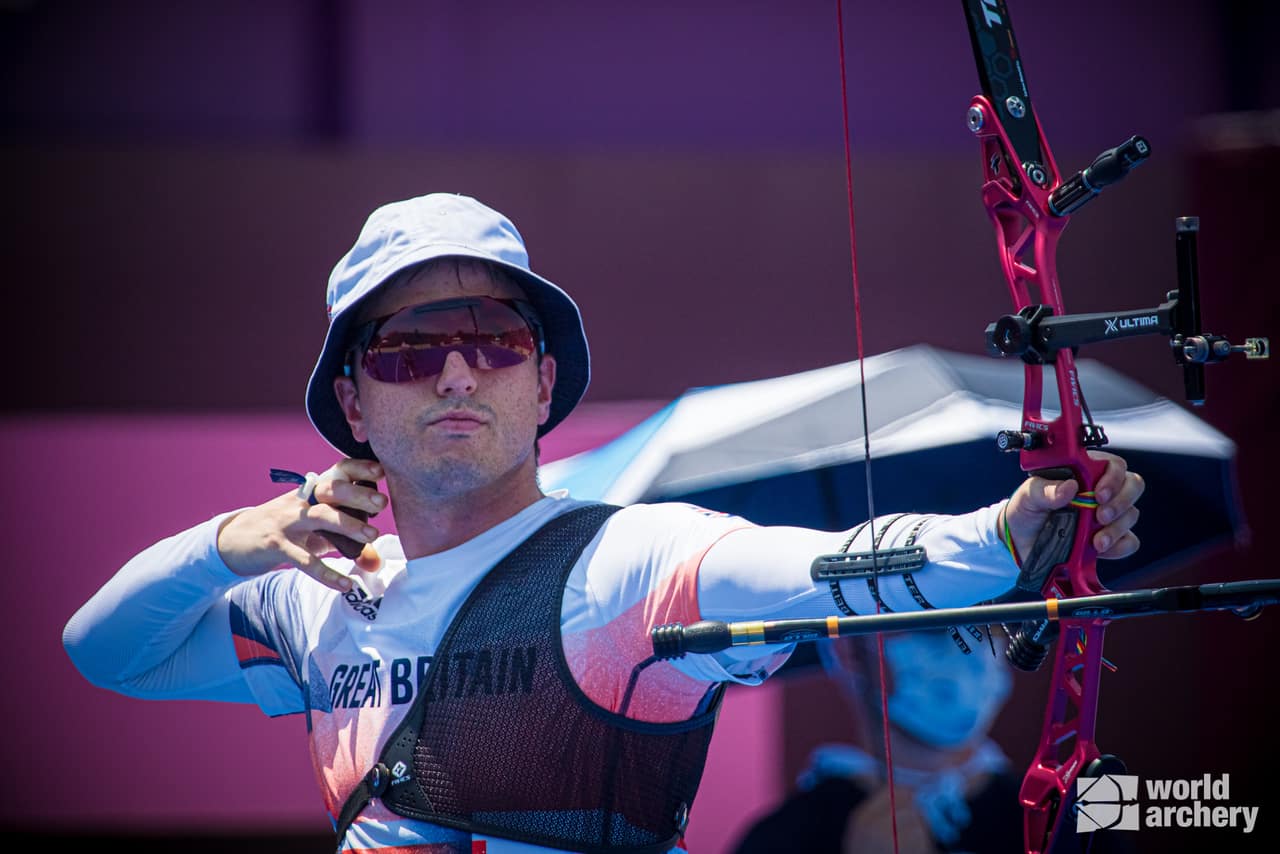 The day the Olympic Games starts is the first day of the competition for archery. Women will shoot qualification in the morning of Friday 23 July, with the men qualifying in the afternoon. Once qualification is shot, brackets for eliminations will be confirmed. In the individual competition, everyone advances to the eliminations.

It's a different approach for the mixed team event. Eliminations are cut to the top 16 straight away and shot on Saturday. Once the mixed team medals are awarded, it's onto the women's and men's team rounds. These matches take place on the following two days, Sunday 25 and Monday 26 July.

Tuesday 27 is the start of individual eliminations. Unlike normal World Archery events, the Olympic eliminations all take place at the arena. Friday and Saturday are the finals and the medal days, meaning the end of archery at the Olympics and new Olympic Champions crowned!

For more details about the schedule, please see here.

Naomi Folkard is competing at her fifth Olympic Games for Great Britain. Her highest individual finish was seventh at the Rio Games in 2016. This cycle has been one of many highs for Folkard as she has medalled at the past two World Championships, bronze in the mixed team and women's team. Folkard also won gold at the European Games with the women's team and silver in the mixed team. Folkard is currently ranked 67 in the world.

Patrick Huston is shooting at his second Olympic Games after making his debut at the Rio Games in 2016. He was part of the team that won the spaces for the Games at the World Championships in 2019. Patrick Huston and Naomi Folkard were the mixed team who won bronze at the 2017 World Championships and silver at the European Games in 2019. Huston is currently ranked 52 in the world.

Tom Hall is making his debut at the Tokyo Games. He was also part of the bronze medalist team, along with Huston at the Antalya World Cup in 2018. Hall was part of the team that secured the Olympic spots at the World Championships in 2019. Hall is currently ranked 87 in the world.

BBC has been reported to be unlikely to show archery on the red button for this Games unless there is a medal match with Team GB archers. Archery will be shown on Eurosport and Discovery+.

All photos courtesy of World Archery.