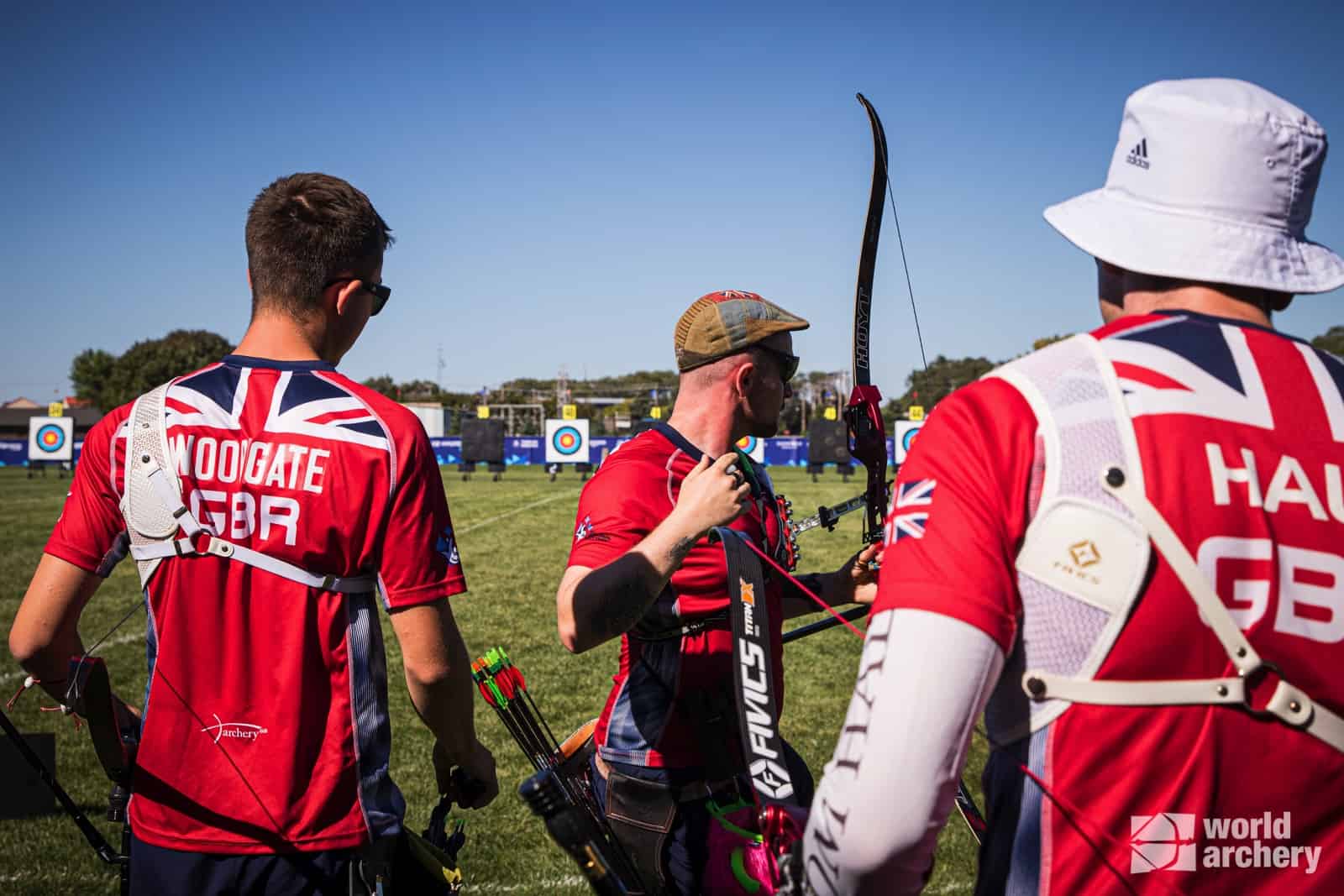 For the compound women, myself [Izzy Carpenter], Layla Annison and Ella Gibson shot in the 1/8 round against Chinese Taipei. In the first end, we shot a 58 to start off our continuing lead. We follow this with a 59 and two more 58s to take the match win with 233 points to our opponents' 223. Next up were the quarter finals where we faced the team from India who had shot a 235 in their previous match. The first end saw a change in wind direction, pushing some of the arrows to the left. However, we capitalised on this and managed to take the lead in the first end, 57-56. We continued this lead up until the last end which we went into with a two point advantage. The Indian women threw down a 59 end to our 57, taking the match to a shoot off. Unfortunately, our 28 points was not enough against our opponents' 30, meaning we narrowly missed out on a chance at the semi-finals. The Indians will now go on to have a shot at the gold against the Colombians. Overall, we finished in 5th place at this World Championships.

On the other side of the field, the compound men, Adam Carpenter, Adam Ravenscroft and James Mason, faced the 10th ranked RAF team. After two ends, the GB men were trailing 114-115. However, they put down two 59 ends to bring back the lead and win the match, 232-230. Up next they met the team from Mexico who previously defeated the Germans with an impressive 238. The GB team fought strongly, putting down some consistent end scores. However it wasn't meant to be, and the Mexicans took the match 236-230, meaning the men finished in 7th place overall.

The compound mixed team comprising James Mason and Ella Gibson faced the team from Guatemala in the 1/8 round. Unfortunately, they were beaten 154-150 by their 15th-ranked opponents.

"The team performances this week have been outstanding," Jon Nott, coach, said. ''And finishing with both teams in the final eight is a superb result."

The GB recurve women, Bryony Pitman, Penny Healey and Yulia Larkins, dominated their 1/8 round match against the team from Ukraine. They shot 56, 55 and 56 ends to take the win 6-0. In their quarter final match, they faced number one seed Korea at a chance for a place in the semi-finals. They drew the first match 52 points apiece, but then unfortunately lost the next two sets. Overall, the GB recurve women have gained 8th position in the rankings.

In the 1/8 round, the GB recurve men met the team from Belgium. They won the first set with 56 points to 55, then they drew in end two and lost the third set. In the very last end, GB shot a 57 to their opponents' 54 to take the win. Next, they faced Chinese Taipei in the quarter finals who ranked very closely, 4th place to GB's 5th. GB took the first set with 55 to 54, and then they lost the next two sets. In the final end, they shot a 57 to take the points and force their opponents into a shoot-off. It was close until the very end, but sadly we lost to a single point, 29-28. The GB recurve men finished in 6th place overall.

"This is the World Championships. Every match ahead is tough and hard to predict," Richard Priestman, coach, said. "The hardest match to win is often the first one. Win that one, then that opens up many possibilities to progress far in the competition."