Project Rimaya is a SportsAid-funded initiative which launched in 2018 at Eden Girls’ School in Coventry, Ninestiles Academy and Small Heath Leadership Academy in Birmingham. The project has since grown significantly, and we now have Rimaya partnerships across the country. 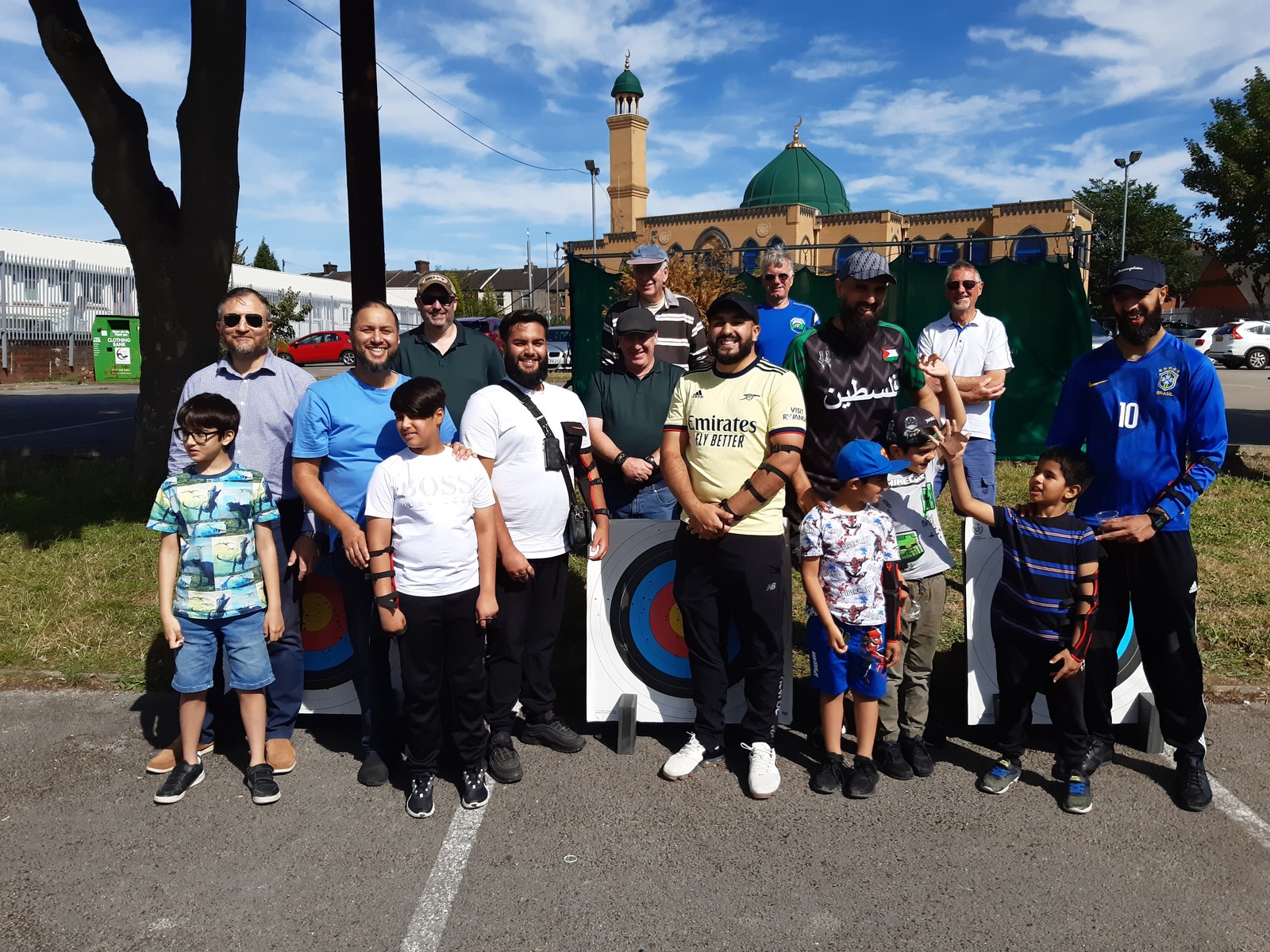 Archery is present in many Islamic texts, being a Sunnah - an activity the Prophet Muhammed specifically recommends

The main Outcomes for Project Rimaya are to:

The project expanded from Coventry and Birmingham to east London where Barking RFC and Muslimah Sports Association developed a Project Rimaya partnership at Barking Rugby Club. Since its launch a group of Muslim women have achieved their AGB Instructors Award and are now being mentored to deliver local “Have a Goes” and beginner sessions. We recently worked with the Sport & Recreation Alliance to assess the social ‘impact’ and ‘value’ of our Rimaya partnership in Barking.

The analysis has shown that there is significant value in the sessions, both in economic terms and in the social benefits that they bring to participants. Economically, the potential for its return on investment is substantial, with sessions costing significantly less than the amount of ‘WELLBY’-associated value that they potentially bring with them.

A marked increase in overall life satisfaction and decrease in overall anxiety mirror the sentiments expressed by participants, who also noted the benefits that archery as a sport brought to them in their wider lives.

Another key principle of Project Rimaya is to increase the number and quality of aligned coaches and volunteers within ethnically diverse communities. Rimaya has so far trained 15 British Muslim women to become Archery GB Instructors and is currently training 18 men and women across our partnerships to train as Level 1 Session Coaches.

She said: “My interest in archery was ignited when I learnt about archery in the history of Islam. It is an art form that unites people and enables mental wellbeing.”

Maryam Manjothi is a young ambassador who holds several archery records and has won competitions. She trains at Leicester Archery Academy.

Maryam said: “Archery supports my faith as I am a Muslim and archery is a sunnah (something which is advised and heavily rewarded) especially for women.

Archery is a chance for me to relax and unwind. It’s also a fun time to catch up with my archery friends. For me, archery is time out to quite literally release the stress of having to meet certain standards or achieve certain goals, with each arrow.”

If you are a community leader or school interested in taking part in Project Rimaya, please email Gayle Pink to find out more.